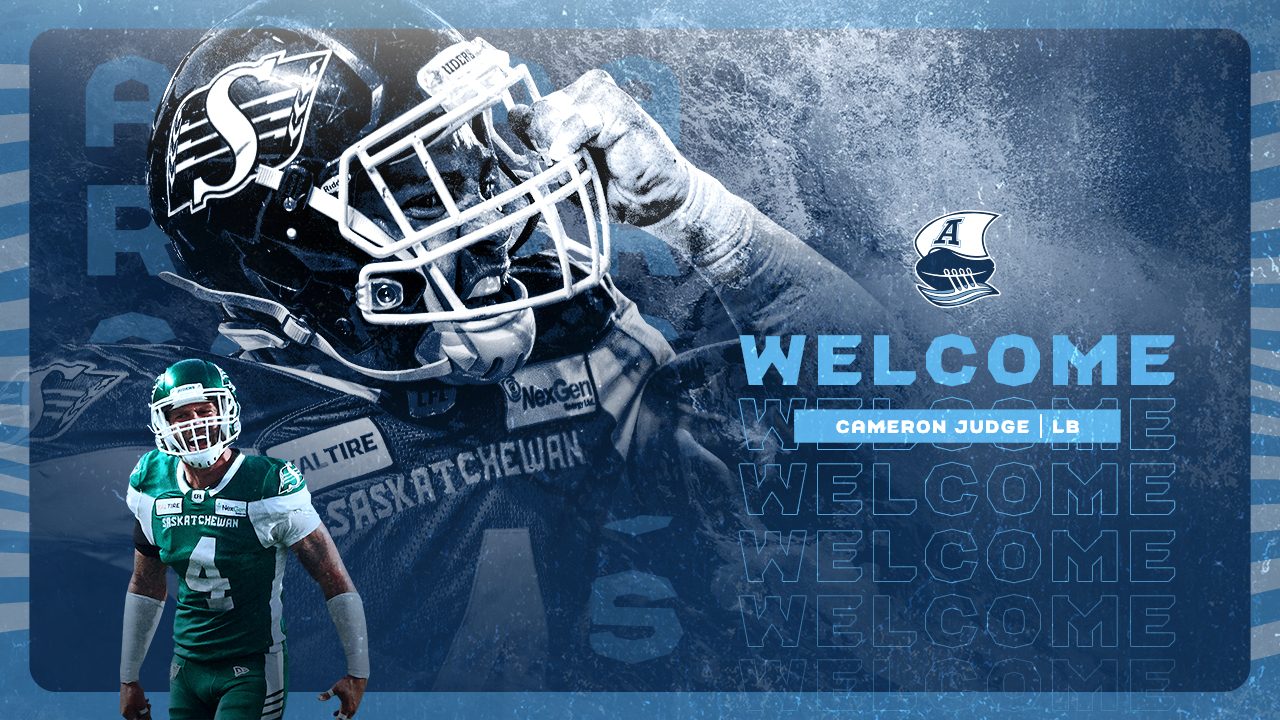 “Cameron is a game-changer. He’s intelligent, tough, extremely versatile and a great tackler,” said Argonauts Defensive Coordinator Glen Young. “He is everything you look for, not only in a linebacker but in a great defensive leader. I couldn’t be more thrilled to be able to work with an athlete of this caliber.”

Judge, 26, has spent his entire three-year CFL career in Saskatchewan (2017-2019) and over 17 games played in 2019, the linebacker recorded 61 defensive tackles, 11 special teams tackles, five sacks, two interceptions, one fumble recovery, one touchdown and was the West Division nominee for Most Outstanding Canadian. The 6’2, 235-pound linebacker from Montreal was the second overall pick in the 2017 CFL Draft and has played 38 career CFL games registering 102 defensive tackles, 18 special teams tackles, seven sacks, two interceptions, two forced fumbles and one touchdown.

The former UCLA Bruin played four seasons at the Pac-12 school (2013-2016) and over the course of 47 games tallied 46 tackles, 2.5 tackles for loss, one interception and one forced fumble.

Kozachuk, 26, played 30 games over two seasons in Montreal (2018-2019) and added 17 special teams tackles and one defensive tackle over that span. The London, Ontario native was drafted by the Als in the sixth-round of the 2018 CFL Draft after playing four years at the University of Toronto (2014-2017). The 5’11, 214-pound LB tallied 100.5 tackles, 2.5 sacks and four forced fumbles in 30 career games for the Varsity Blues, while being invited to participate in the 2017 East-West Bowl.