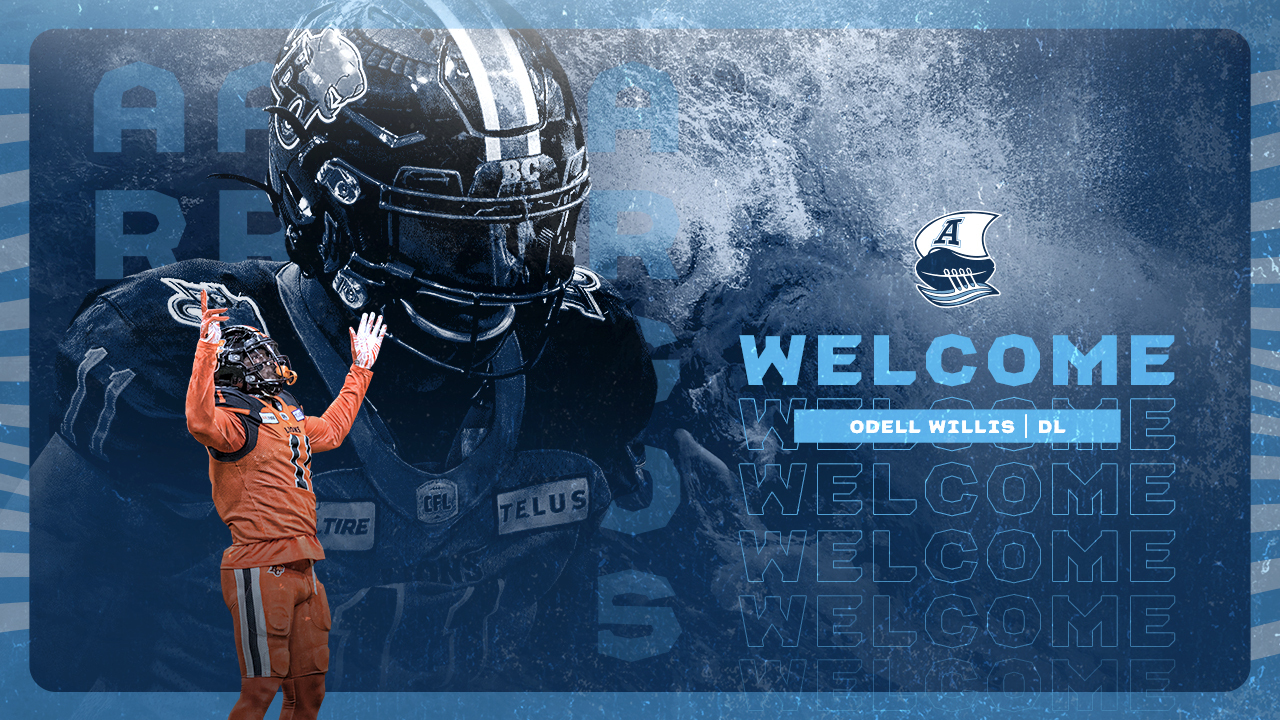 Willis, 36, is an 11-year CFL veteran and as durable as they come, playing in at least 16 games in 10 of his 11 seasons. The 6’2, 255-pound DL played the last two seasons in B.C. tallying 45 defensive tackles, 15 sacks and two forced fumbles in 36 games. Willis spent 2013-2017 with Edmonton where he became a Grey Cup champion in 2015 and a CFL All-Star in 2014 after posting 31 defensive tackles, 13 sacks (second best in the CFL), two interceptions, five forced fumbles and two touchdowns. The Mississippi native spent 2012 with Saskatchewan after being traded to the Prairies from Winnipeg where he played from 2009-2011, becoming a CFL All-Star for the first time in 2011 after a league-leading 13 sack campaign. The West Georgia alum broke into the CFL with Calgary in 2009 but after nine games was traded to the Bombers. For his career, the veteran has racked up 263 defensive tackles, 101 sacks, three interceptions, 24 forced fumbles and two touchdowns.

The Baylor University product played four seasons at the Texas school (2008-2011) and was named First-team All-American in his Senior year after tallying 108 receptions (most in a single season in Baylor history) for 1,663 yards and 14 touchdowns (both second in Baylor history). Wright’s 302 career receptions and 4,004 yards rank first all-time in school history and his 30 touchdowns rank second.

Moore, 27, is back with Toronto after originally being acquired by in a trade with Hamilton in February 2020. The LB played five games for the Tiger-Cats in 2019 recording five defensive tackles and five special teams tackles. The 6’3, 225-pounder spent 2018 with the Denver Broncos and parts of 2017 with the Atlanta Falcons. The Atlanta product played one season at the University of Texas at San Antonio (2016) where he had 49 tackles and one interception in 13 games. Prior to UTSA, Moore spent two years (2014-2015) at Louisiana State University where he did not play football but was a Second and First-Team All American track star, winning the SEC title in 60m indoor hurdles, finishing third in outdoor 110m hurdles and was a member of the 4 x 100 relay team that finished third at the NCAA championships. Moore began his collegiate career at Texas Christian University (2012-2013) where he played 23 football games as a RB/WR and ran track, winning Big 12 60m and 110m hurdles.

Foote, 26, joined the Argos in 2020 but played the previous three years in Montreal after being drafted by the Als in the second-round of the 2017 CFL Draft. In 2019 the North York native played 17 games and recorded 15 defensive tackles and one sack. For his career the 6’2, 285-pound lineman and McMaster product has made 30 defensive tackles and three sacks in 37 games played.

Davis, 29, was drafted by the New York Giants in the sixth round of the 2015 NFL Draft and saw action in 10 games that season catching two passes for 21 yards while chipping in four special teams tackles. The 6’3, 216-pound receiver was signed by the San Diego Chargers (now Los Angeles) in 2016 and would go on to play 26 games for the California club from 2016-2019, tallying three receptions for 38 yards and 13 special teams tackles. The Georgia native most recently spent time with the Detroit Lions in 2020.

The former University of Connecticut Huskie had a prolific college career catching at least one pass in all 46 games played and finishing with 165 receptions for 2,310 yards and seven touchdowns. Davis left school among the top six in program history in receptions and receiving yards and was the first Huskie with over 1,000 yards receiving in the FBS era.

Hendrix, 24, started 2020 by playing five games for the St. Louis Battlehawks of the XFL registering four tackles and one sack before being signed by the Pittsburgh Steelers from March to August and eventually signing with The Alphas of The Spring League towards the end of the year. The 6’4, 265-pound lineman was signed by the Miami Dolphins in April of 2019 and had three sacks in the preseason but was waived as part of final cuts and later signed by the Chicago Bears in November and the Jacksonville Jaguars in December. Hendrix began his collegiate career at The University of Tennessee (2014) before transferring to The University of Pittsburgh (2015-2017) where he would play 21 games and record 50 tackles, 10 sacks and two fumble recoveries.