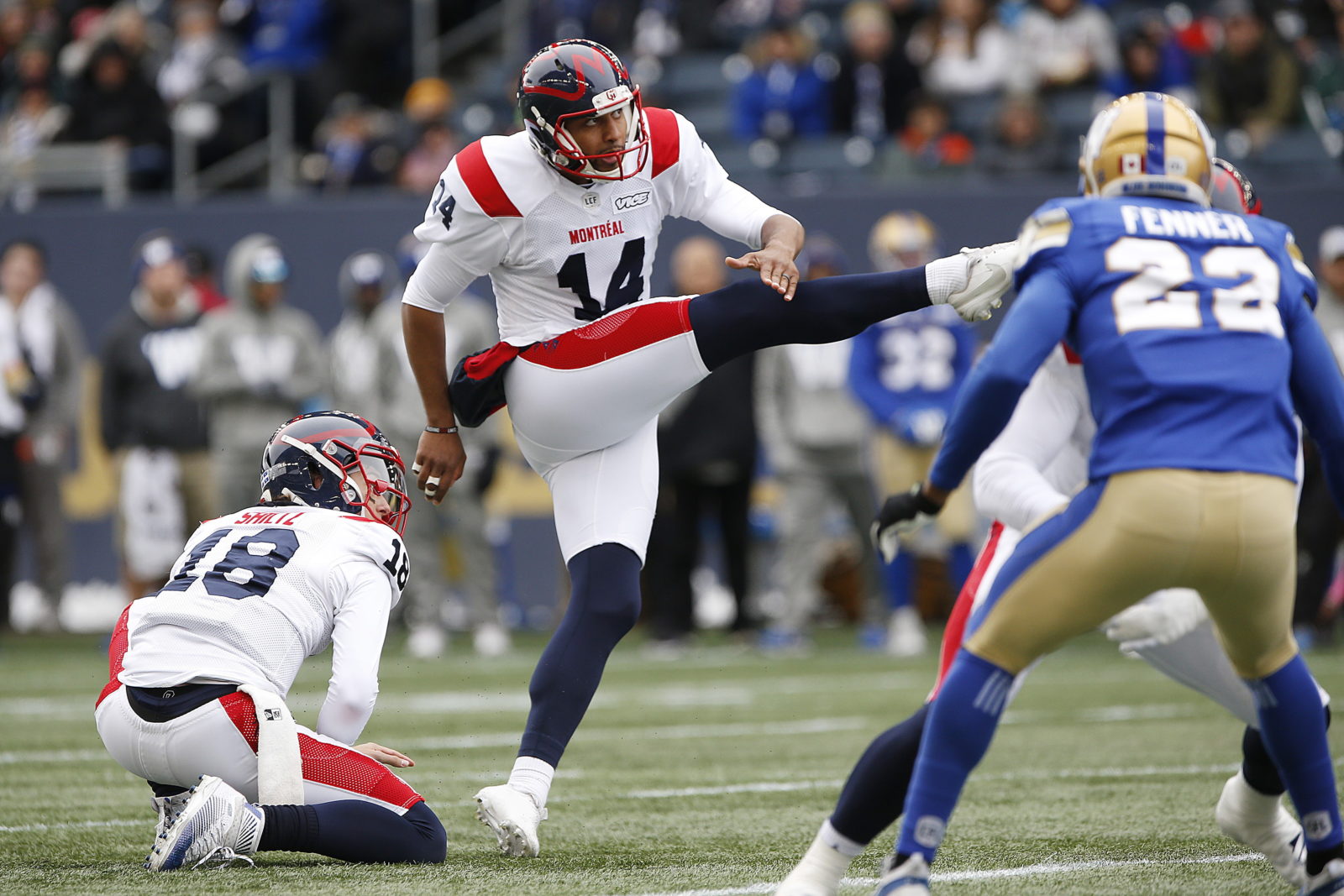 Montreal Alouettes' Boris Bede (14) makes the conversion during the first half of CFL action against the Winnipeg Blue Bombers, in Winnipeg, Saturday, Oct. 12, 2019. THE CANADIAN PRESS/John Woods

Garrett, 28, most recently spent time with the Los Angeles Wildcats of the XFL after spending parts of 2019 with the Hamilton Tiger-Cats during the 2019 offseason and the Baltimore Brigade of the Arena Football League. The 6’4, 221-pound WR signed with the Carolina Panthers as an undrafted free agent in May 2016 and spent the entire season on the team’s practice squad and was released in September of 2017.

The Texas native spent five seasons, including a medical redshirt season, at the University of Tulsa (2011-2015) where during his senior year, Garrett led the NCAA in receiving yards with 1,588, finished eighth in receptions with 96 and added eight touchdowns in 13 games while being named First-Team All C-USA. In 46 career games for the Golden Hurricane, Garrett hauled in 219 receptions (third all-time in school history) for 3,209 yards (fourth) and 22 touchdowns (eighth).

The team also announced the release of American DB Tyler Sigler and the retirement of American OL Dontavius Blair.