Hogan: Seven Decades an Argo with the Legendary Pete Martin 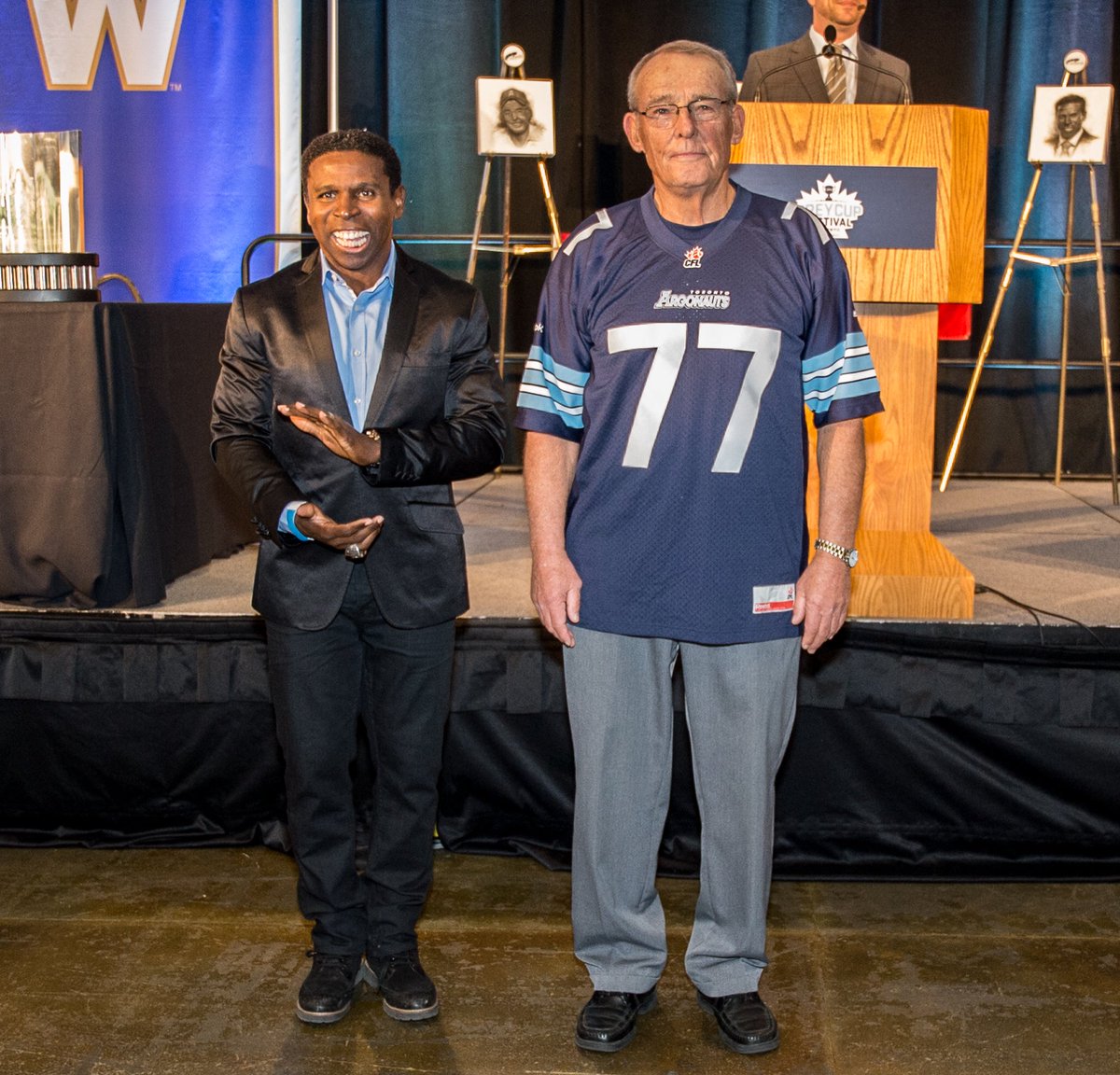 Hogan: Seven Decades an Argo with the Legendary Pete Martin

If there is someone who best personifies the Toronto Argonauts, “Pinball” Clemons would undoubtedly get the nod. He was a Hall-of-Fame player, he coached, he’s been the team president and now resides in the general manager’s office.

In the quest to find who would be second on that list, it would be tough to come up with a better name than that of Peter Martin.

Since joining the Argos as a player in 1965, Martin has also served as the long-time radio colour commentator, while acting as the president of the Argos Alumni Association.

He still bleeds Double Blue and is often seen at BMO Field cheering on his beloved Boatmen.

The former linebacker recently hit a milestone, celebrating his 80th birthday. Argonauts.ca thought it would be a perfect time to look at the Argos through the eyes of someone who has seen as many of their games as anyone.

Martin grew up on a farm in Scarborough. It’s hard to believe now, but the farm was located in the Birchmount/Lawrence area.

After graduating from Sir Winston Churchill Collegiate, then getting his phys-ed degree from Western while playing for legendary Mustangs coach John Metras, Martin ended up with the Argos in 1965 after being released by Ottawa, who had made him their first-round pick in the year before.

“I went to their training camp for about six weeks, played in four exhibition games and was a victim of the last cut,” Martin recalled for Argonauts.ca. “I came home and was already registered to go to the faculty of education to get my teaching degree. I had given up on pro football when I got a call from the East York Argos.” 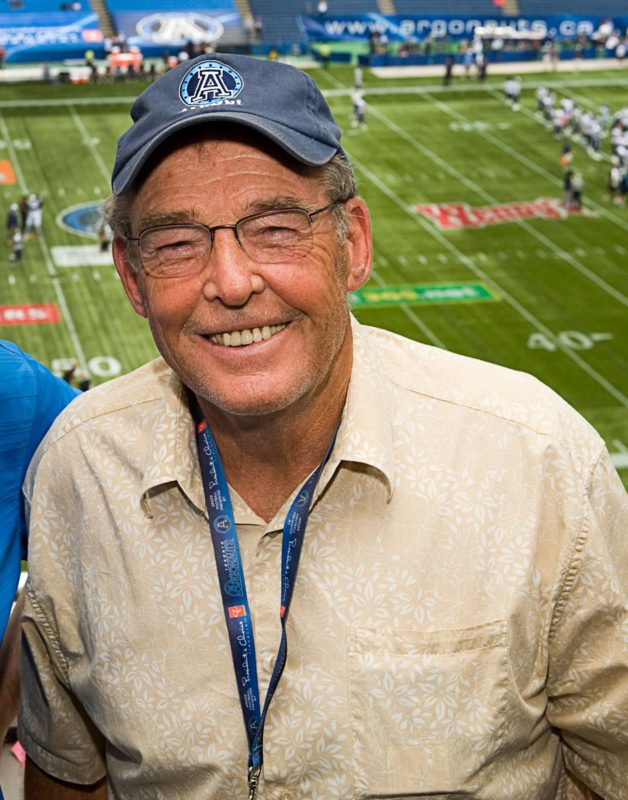 The senior league team needed a linebacker and the former Mustang was a perfect fit for them, and vice versa. He played well, the team won a national championship, and Martin was about to begin a life-long journey with the big club.

“I got invited to the Argos training camp in ’65 and I made the team. If I hadn’t got the call from East York, I was ready to go on with my teaching career. I was kind of lucky. They brought in Bob Shaw (to be the head coach) and it was an open book, everybody had an equal chance.”

Shaw coached for two seasons before giving way to a man who would become a legendary figure in Argo history – Leo Cahill.

“Leo liked to talk a lot,” said Martin with a laugh. “I didn’t know much about him when we hired him, but I had a great relationship with Leo. He was the right guy at the right time for the Argos. When he was around there was never a dull moment. If there wasn’t a story, he’d create one. He was always in the newspapers and that’s what we needed.”

It was a talented, colourful cast of characters, known as much for their off-field exploits as they would become for winning games.

Martin was the defensive captain of that team – he jokes it was because he knew the rule book better than Cahill did – and knew what his role was when the players were away from the stadium.

“Leo didn’t shy away from characters, he liked the flamboyant guys,” which was perfect for players like Dick Thornton and Mel Profit, “I became more of a social director. I used to have team parties at my house. Every year we had a Halloween party after the game, where everyone had to dress up.”

There was one party though that topped the others. It was held the night after the Argos advanced to the 1971 Grey Cup.

“I had a small four-bedroom house in Mississauga,” he recalled. “It was a two-game total point series. After we won the first game (23-8 at Hamilton) the salesman for the team’s beer sponsor asked where the party was going to be if we won. We hadn’t even thought about that.”

“He said since the Argos haven’t been in the Grey Cup since 1952, he’d look after us.  We had just moved into the place, I had to paint the walls and the basement that week. The truck rolled up to my house the day before the game and they unloaded 30-40 cases of beer.” 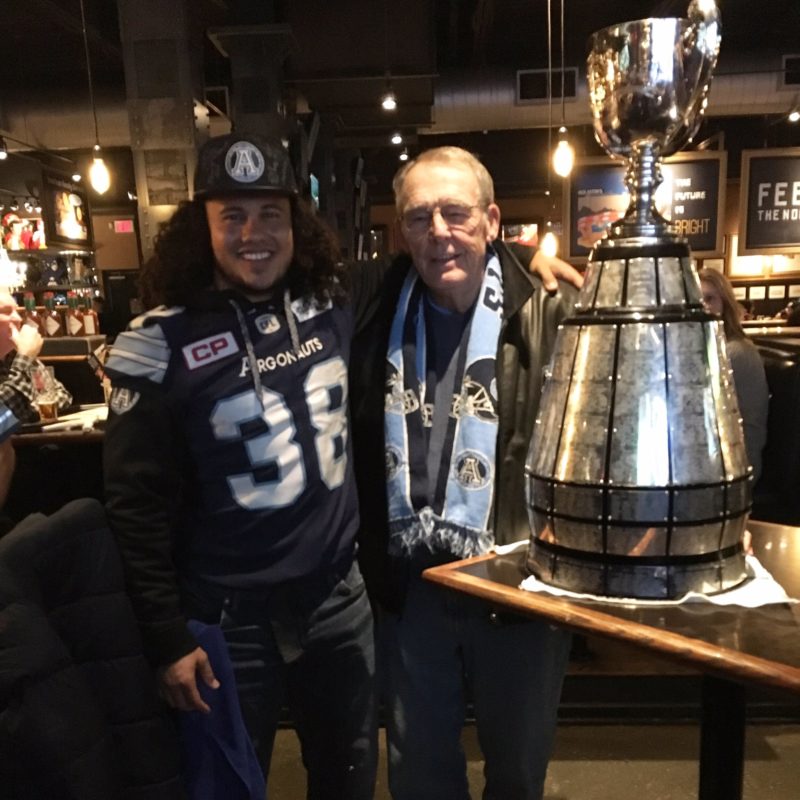 After the win, the defensive captain told his teammates that the party was happening at Chez Martin.

“You know what it’s like, you invite a player and his family, and he invites somebody else, then invites somebody else. We never did an actual headcount, but I figure we had between 250 and 300 people there. For years I had people come up to me and say ‘You don’t know me, but I was at your party.’”

In retrospect, it’s a good thing they held the bash when they did. A week later in rainy Vancouver, a late fumble cost the Argos a chance at a game-tying field goal, and the Argos would have to wait another dozen years before finally winning the title.

The ’72 season was equally disappointing because a host of injuries hit the team, and an exceptionally talented club didn’t qualify for the playoffs. The year after that Martin said goodbye to the Argos, he thought for good.

“I went to training camp in ’73. I probably should have retired before training camp. I was 32 years old and I lost it. I played as long as I could. I was an average football player who loved the game, worked hard at the game, was a student of the game. I prided myself on being a preparation guy, I spent a lot of time looking at film and looking for tendencies. I relied on the mental side of the game. In the off-season, I don’t know what it was, but I lost the intensity that I had to have.”

His days wearing #77 were done. He knew it, he readily accepted it, and it was off to Port Credit Secondary to teach and coach football, wrestling and track and field. He immediately became an Argos season-ticket holder.

His return to the organization came in 1977, thanks to his former teammate Mel Profit, who was working as the colour commentator on the radio broadcasts. The former receiver was critical of the team, which finished 6-10.

One on-air line, in particular, was his undoing.

“You could write their offensive game plan on the head of a pin,” laughed Martin. “That didn’t go over well. Dave Hodge (the play-by-play voice at the time) called and asked if I would be interested. I was a season-ticket holder. I went in to audition and got the job.”

Martin would broadcast the games, aside from a handful of seasons, from 1977 to 2010. He provided analysis on four different stations, partnering with seven different play-by-play voices; Dave Hodge, Bill Stephenson, John Badham, Bob Bratina (twice), Marc Charlebois, Jamie Stein and this humble typist, who had the pleasure of being paired with Martin in the booth for six of those seasons.

His hard work, talent, and longevity was recognized in 2000 when he was rightfully inducted into the Football Reporters of Canada Hall of Fame.

The enthusiasm he had for the game was rivaled only by his honesty during the broadcast. If the Argos stunk, Martin would try to explain why. He was not one for gratuitous cheap shots but would harken back to his days as a teacher and coach, breaking down what broke down, or highlighting why a play worked the way it did.

For hours after a game, he’d continue talking about what he had just witnessed. He’d praise those that deserved it, criticize those who didn’t live up to expectations.

Martin also served on the executive of the Argonauts Alumni Association, acting as the organization’s president for many years before stepping down a year or so ago.

His dedication to the sport and its alumni was recognized in 2016 by the CFL Alumni Association, who named him and Michael Clemons as co-winners of its Man of the Year Award.

It was all done with one thing in mind, he desperately wanted to see the Argonauts succeed. That’s something he’s anxiously hoping to see happen again for once things get back to normal, both on the field and at the gate.

“There’s been a cycle of support. Historically you look at the Argos and there have been times when they’ve been down, even when they won back-to-back Grey Cups in ’96-’97 with Doug Flutie, I couldn’t believe how bad the attendance was. They’ve struggled at times, but they’ve always come back. With the right approach, it can come back.”

And nobody knows the history of this team quite like Martin. After all, he’s been living it since he first joined the Argos 55 years ago.