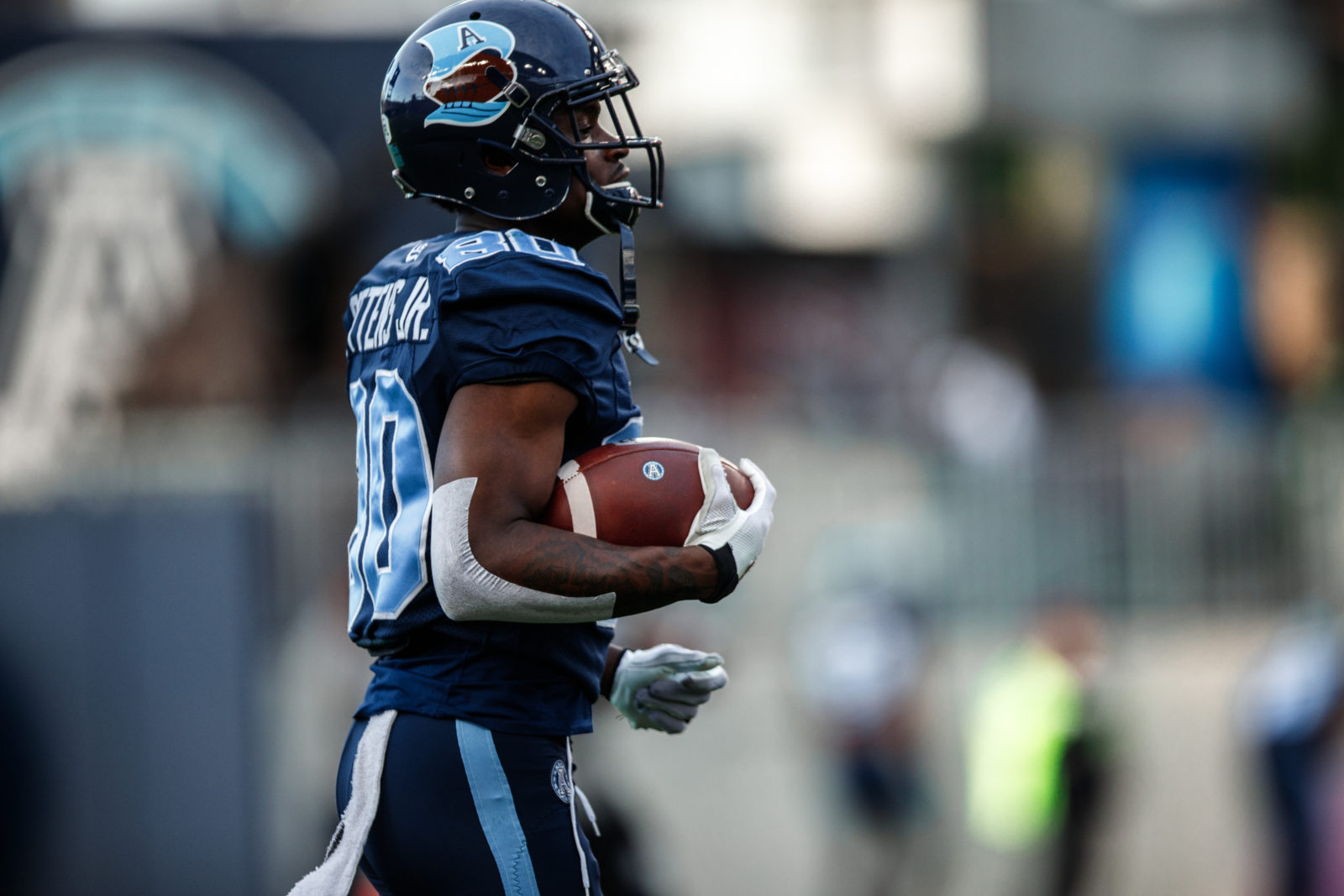 If the Toronto Argonauts put together a resume, two things would be highlighted at the top; winning Grey Cups and getting involved in the community.

The mindset of giving back continued this summer, despite the onset of COVID-19.

A developmental camp for young football players was held in Vaughan. It was organized by Argo receiver Kurleigh Gittens Jr., who played his rookie season as a pro last year.

Naming it by using his initials, the “KG2 Flight Camp” worked with over a dozen players between the ages of 15-19, preparing them for high-school football and beyond. The teenaged athletes learned the finer points of the game from Gittens and two of his teammates, Argos DL Robbie Smith and DB Matt Boateng, who like Gittens were drafted by the Double Blue in 2019. Gittens also enlisted the services of Nick Luongo, his girlfriend’s stepfather, to help him with the organizational aspects of running the camp.

“It was my first year living in Toronto, it was a way of me giving back to the community,” said the Guyana-born, Ottawa-raised receiver. “We had a few kids who couldn’t do anything because of COVID. They were pretty excited just to get on the field and play football again.”

“We offered them a way to get better at the game, to learn a little bit more about football and get some competition in.”

The result was an eight-week development camp that allowed players to learn more than just the position they usually play.

“We had kids who played defensive back also learn the linebacker position,” Gittens explained to Argonaut.ca. “Kids who played receiver also learned the DB position. Kids would learn the other positions, then go and compete at their own position as well.”

There was a method to the coach’s madness.

Gittens played different positions as a kid; moving from running back to wide receiver to defensive back to quarterback then back to receiver. Still, he needed some help teaching the finer points of defence. 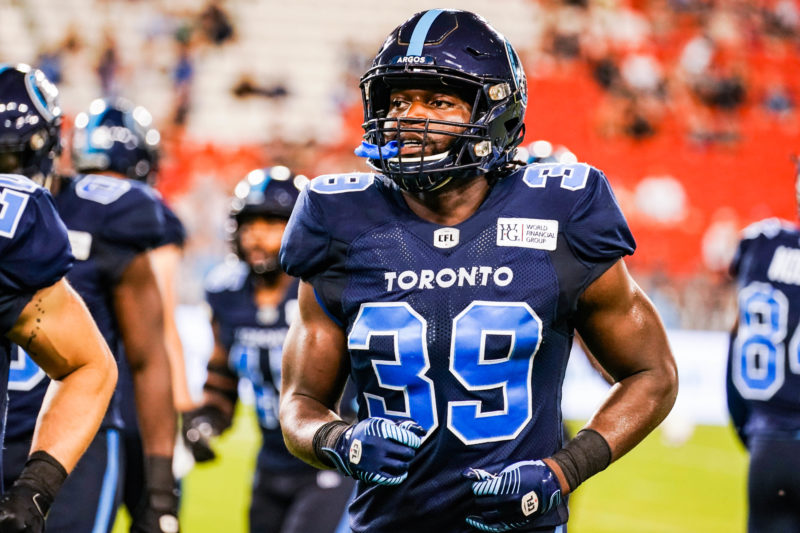 The defensive lineman and his teammate/head coach are anything but strangers. They were teammates for four seasons at Laurier before being reunited as rookies with the Argos last year.

Smith says he wasn’t surprised when he got the call from Gittens.

“It’s something that he’s been talking about for a little bit and really wanted to do,” the Brampton native told Argonauts.ca. “When he found out a lot of football wasn’t happening in high school, he thought it would be a great opportunity to help the kids.”

The only coaching experience either one had was helping Laurier Head Coach Michael Faulds at summer football camps run by the Golden Hawks.

While he’s currently working as a strength coach in Waterloo, this was Smith’s first experience coaching the same athletes for an extended period. He may have gotten as much out of the experience as the kids did.

“I had so much fun,” he said, his smile obvious over the phone. “I had a lot more fun than I thought I would. The game is a lot different through a different lens, going from an athlete’s lens to a coaching lens. It certainly gave me a greater appreciation for what coaches do and what they go through and how they have to explain things so that athletes get it.”

And what was Gittens like as a head coach?

In other words, Gittens seemed to be a natural.

“I’ve learned that at the end of my football career I would really consider getting into coaching,” said Gittens. “It’s a love for teaching kids how to get better, how to do something specifically and then going out on the field and using something that we’ve taught them. It’s something I love, it’s a beautiful thing.”

He then summed up his experience perfectly.

“I love giving back to the game. As a professional athlete, a lot of kids look up to you. You don’t want to be one of those who don’t really give back.”

It’s that attitude, combined with his obvious talent, that makes Gittens a perfect Argo.