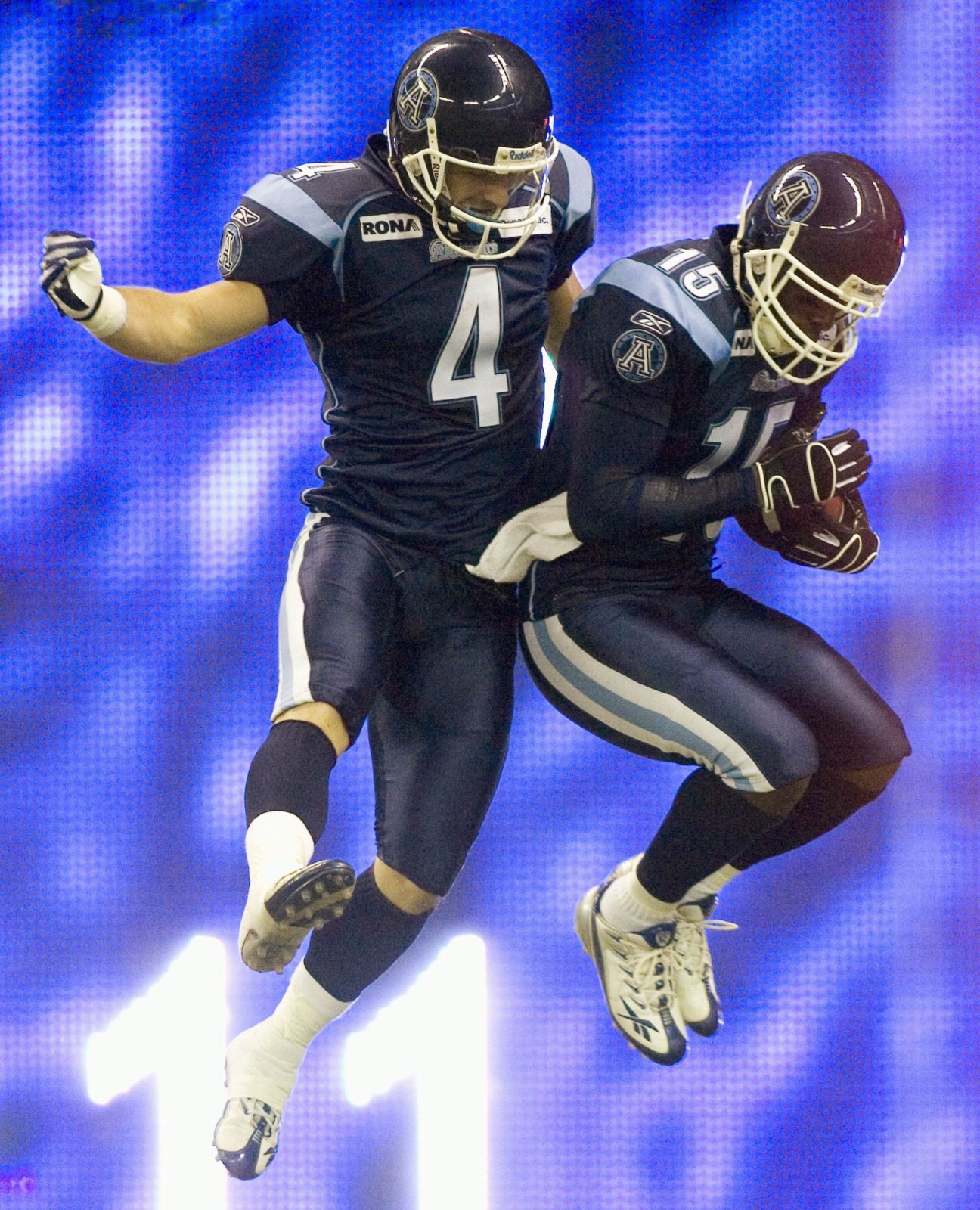 As a receiver with the Toronto Argonauts, Andre Talbot was known for his speed, good hands, and the ability to run a precise route.

His post-football life after has taken a route less travelled.

While the list of former football players who became involved in physical training and coaching is long, Talbot has veered in a slightly different direction.

The 42-year old is the Co-Founder of, and Director of Movement and Mindfulness Programming at the Spirit Loft Movement Centre in East Toronto. He’s not only helping improve his clients’ physical health, but also their mental wellbeing.

It was a seed planted through his strength and conditioning coach Matt Nichol – not to be confused with the current Argos QB – as Talbot entered his rookie season with the Argos in 2001.

“When I was 21 or 22, he took a group of us, all meathead, big, strong football guys to a yoga class,” Talbot recalled for Argonauts.ca. “There was something different about that experience for me. I remember being in the final rest and meditation exercise at the end and was profoundly impacted by this new way of being in my body and experiencing myself in that moment.”

The moment was fleeting. He would go to a yoga class once in a while, more curious about the mindful awareness and meditation components than the actual physical activity.

As he got older in terms of his football career, he continued to dip his toe in the yoga waters to help eliminate not just the strain on his body, but the stress on his mind.

That’s when he met his wife Catalina. It was after his tenth CFL season, then with Edmonton, and battling a substantial ankle injury.

“I was contemplating retirement, so we decided that after the season we’d travel. Catalina really wanted to do an intensive retreat; yoga, meditation retreat and training. We went to this place in Baja California Sur (Mexico) where in the 60s all the hippies would go. A group of ex-pats there run a beautiful facility, right on the ocean. We spent 26 days secluded, living in a tent, studying this ancient wisdom practice of mindfulness and yoga. That’s where it really bloomed and manifested into something really powerful for me.” 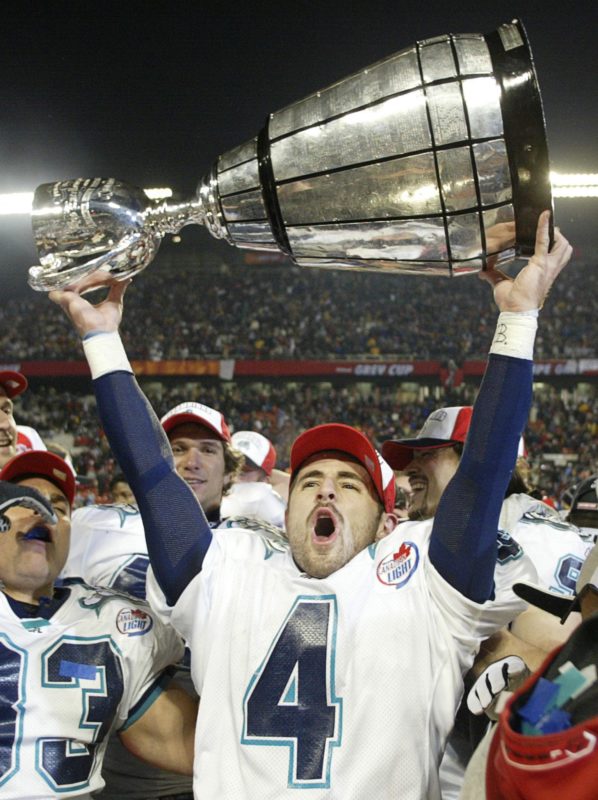 For some, the concept of an epiphany is strange, but it’s something the Oshawa native experienced, but probably not where you’d think.

“We left he retreat centre and I had this experience of sitting in a ‘colectivo’, a cab, a pickup truck, and were bumping along and I had this flash of memory as an Argonaut, playing football, running through the tunnel and making a catch, but it changed that I was no longer attached to those memories of who I was. I was no longer Andre Talbot the football player. I was seeing myself from a different perspective. I felt new again, that I could move on. I knew that I had changed. My self-perception had changed and that was a freeing moment.”

They ended up in a hostel in Mexico City where Talbot wrote his retirement letter, thanking the league and the Edmonton football team, for whom he played his final season.

He had come to the end of one road but was beginning a walk down a new path.

He was used to intense physical training, movement practice, personal training, the physical part of the body and soul combo, but now he had the training in mindfulness and in yoga. The idea was for him and Catalina to come back to Toronto and start a business.

They bought a loft in the east end where they lived in the upper level and taught in the lower level. It was an experiment in his own lab, which he called Spirit Loft, a centre for embodiment practices and mindfulness. In August, Spirit Loft celebrated its tenth anniversary.

About two years later they moved into a larger loft as the business grew and they finally had a separate living space. Talbot felt they really found their groove, almost pioneering what they were doing in their field. It was a new concept as opposed to a typical yoga studio.

The global pandemic engulfed Spirit Loft like it did so many businesses. Luckily for Talbot he still worked with individual clients via a then relatively little-known technology called “Zoom” that allowed him to pivot about a third of his business to that format. 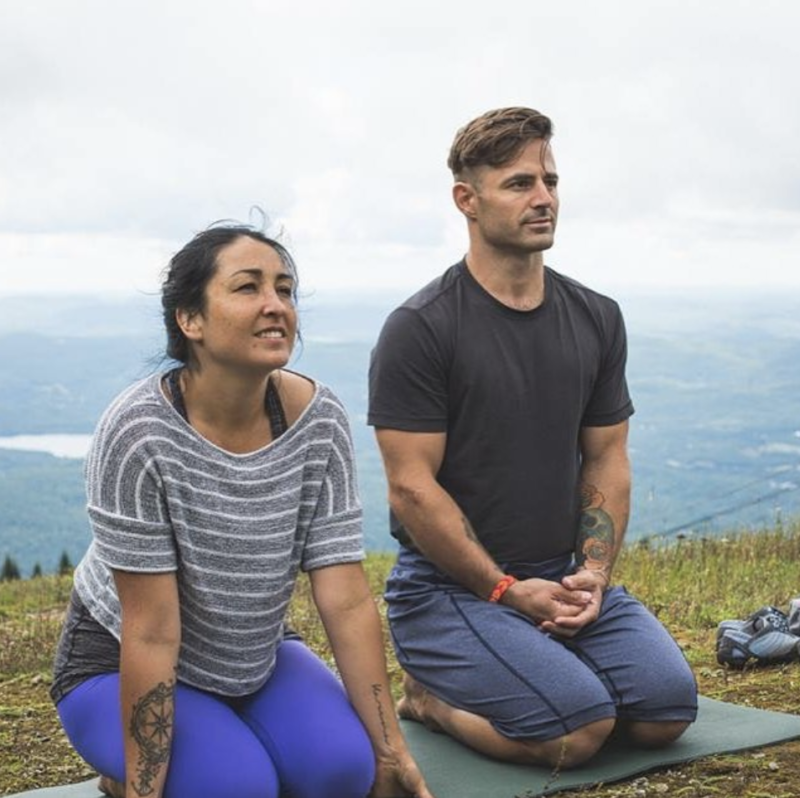 “It was a tough pill to swallow,” Talbot admitted. “We were trying to grow into something that was beyond just one thing. We wanted to have multiple wings to what we did and how we brought people together and how we paired different forms of practice.”

As time passed and the province eased some regulations, the business began to gradually bounce back.

“In Phase 2 I was able to bring some of the amateur and professional athletes back into the space to do private training, physically following safety protocols. In Phase 3 I could bring all my clients back in and we started doing small group stuff outside in a parking lot. We also pivoted some of our group stuff online. Now in Phase 3 we were given the go ahead to do small groups in studio so we recently soft-launched that.“

Additional corporate work and helping high-performance athletes incorporate peak mind training into their routines helped pay the bills while the overall company was feeling the pinch.

Adversity is something Talbot, like most athletes, has dealt with before. While winning the 2004 Grey Cup sits atop his list of Argo memories, passing an early test also came to mind quickly.

“It was my first training camp,” recalled the 2001 fifth-round draft pick out of Laurier. “I remember as a rookie you’re grinding it out, and back in those days it was a rough-and-tumble harsh experience. We’d go through a rookie camp that was full contact, and then you’d go into regular camp.”

“I remember this one moment where we were doing a receiver/defensive back blocking drill. I knew I had to show a quality of toughness in my play, a resilience, willing to outwork my opponent. I can’t remember who the DB was, but we locked up and I got the best of him and threw him down. He got pissed off at me and there was a bit of a scrum, but I held my ground, being a rookie and he was a veteran.”

The tete a tete caught the eye of the head coach, a man in his first full season in that role, a fellow named Michael Clemons. 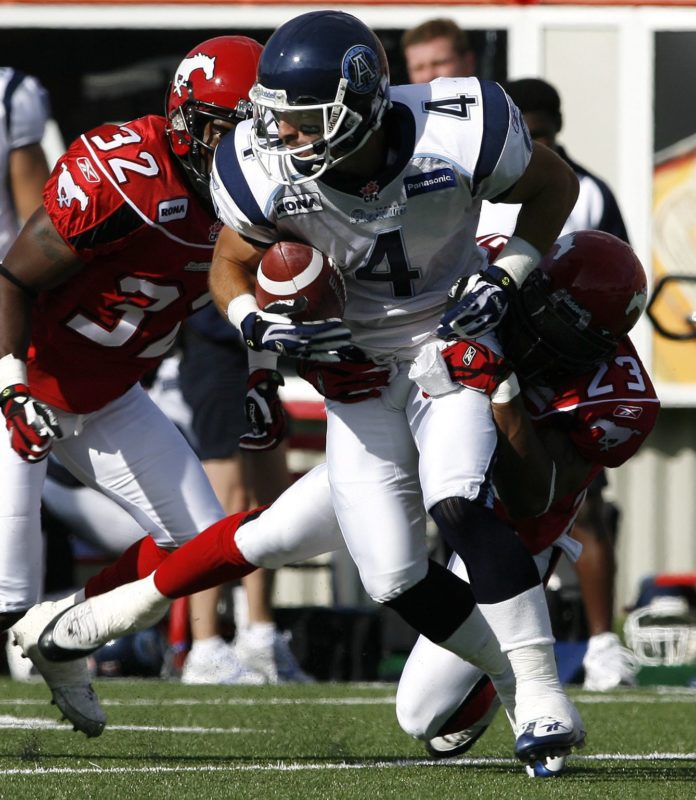 “I remember Pinball running in to break it up. As I was walking back to where the receivers were, Pinball walked by me, gave me a really down low five, and said ‘Way to be tough, way to get in there, way to own that.’ It was a moment where I knew I was seen by not only someone I idolized, but also by the coach, who saw something in me in that moment. I remember that moment very distinctly.”

Spending the next few years in the presence of Pinball had a lasting effect on someone who now works to help build his clients’ mental approach and positivity.

“He was someone who built my character as I was growing up in this really weird world of professional football. To have someone like Pinball’s spirt and mentality and leadership; to be around that is a pretty profound experience.”

Talbot toughed it out with the Argos for 120 games over seven seasons, finishing his career with 288 catches, 3,703 receiving yards and 18 touchdowns. While the last several months have been tough on his business, there is zero question he has the inner strength and positive nature needed to survive and thrive.

Those inner traits have become his livelihood.