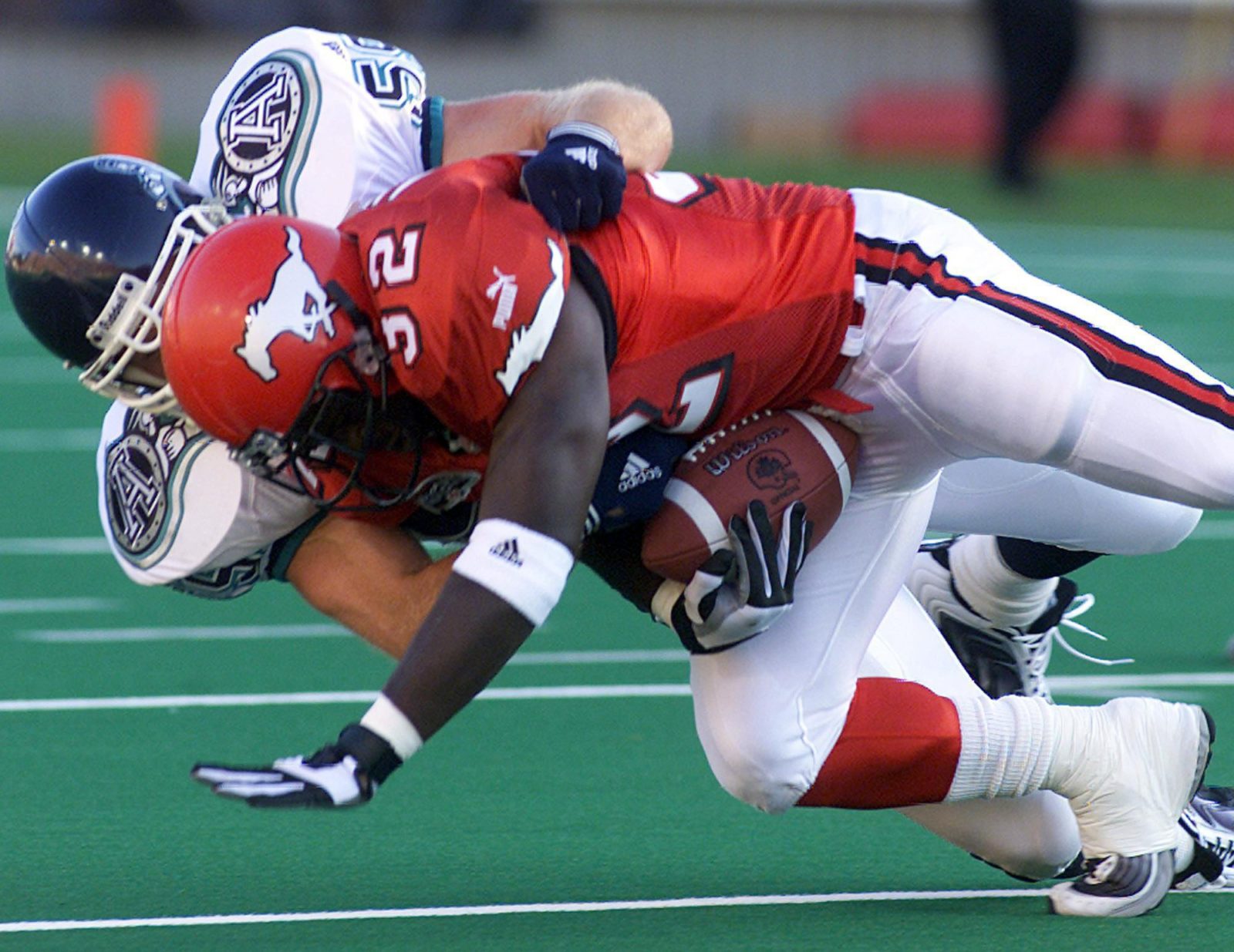 Glen Young is returning to the GTA, though it’s been a while since he’s called the area home.

“It’s been a long time,” said the first-year Toronto Argonauts defensive coordinator. “I haven’t spent much time there since the late ‘90s. 2000 was my last year.”

Young was born and raised in Scarborough, playing at St. Michael’s before heading to the States to play his NCAA ball at Syracuse where he was an Honourable Mention All-American linebacker.

He’d make four stops in the NFL, including one with a San Diego Chargers team that made it to the Super Bowl. He’d then play in the CFL with three teams, including the Argos from 1998-2000, before playing another handful of years with Montreal and Edmonton, winning a pair of Grey Cups with the latter.

He began his coaching career in the U.S. before former Argo teammate Mike O’Shea invited him back to Canada three years ago to coach linebackers and the defensive line, culminating with his third Grey Cup win last year with the Blue Bombers.

Now he’s back in Toronto, at least in spirit. He’s hunkered down in Orlando, Florida where he spends his days exercising, playing golf with his daughter and longing for the day he can take his defensive plans and transfer them from paper to the field. 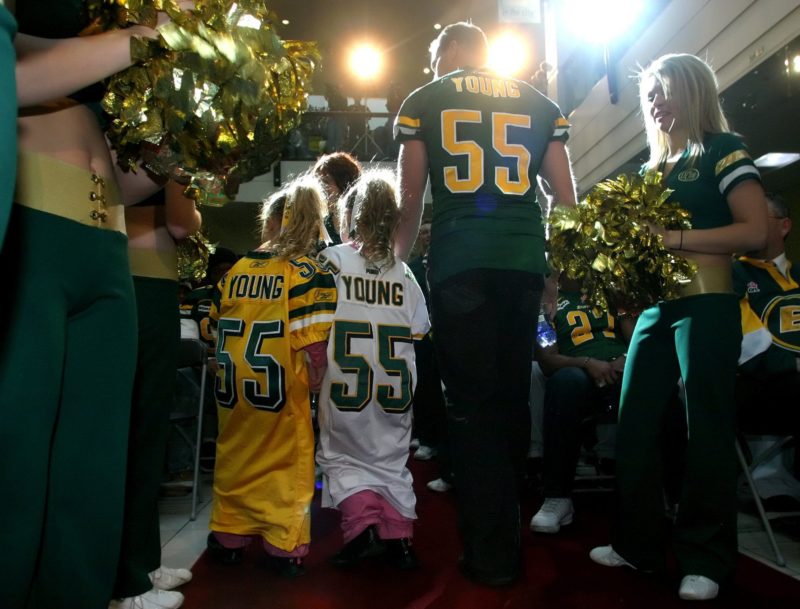 “You can’t do much with your playbook until you end up utilizing the players and figure out what you have available with players’ abilities,” Young said in a Zoom interview. “Their learning curve, what their knack is instinctively, what kind of football players they are. The system doesn’t mean squat until you get the guys and figure out how to plug them into it. That’s the part I’m anxious about, getting around those guys and trying to figure out what are the best things to do to utilize their ability.”

The 51-year old will have a couple of familiar faces with him on the defensive line as Drake Nevis and Craig Roh also head to Toronto from Winnipeg. They’re part of a logjam of talent, as there are currently 15 defensive linemen on the roster, including second-round draft pick Sam Acheampong from Laurier.

It’s even busier on the back end with 22 defensive backs. Each one of the five positions in the secondary, plus the SAM linebacker spot require a different skillset. That makes it tough for the coaching staff to fit the players into the proper position without seeing them live, especially if the player has shown an ability to excel at multiple spots, like Shaquille Richardson.

“It’s almost impossible,” admitted Young to Argonauts.ca. “You’ve got to go based on what they’ve done, but Shaq is very versatile, Shaq can do multiple things. I don’t know until I’m around them to figure out what’s their best instinctive position.”

Fitting the round peg in the round hole is imperative for Young.

“For me, when I’m dealing with a defence trying to plug guys in, I’m trying to find their best instinctive positions. Not necessarily what they’ve played in the past, but what makes them the best football player with their instinctive toolbox.”

It’s an example of Young learning from mistakes made by some of the coaches he had while he was a player.

“When I played linebacker, I was more of a weak-side linebacker, that was my instinctive position. The Raiders tried to move me up to play outside linebacker on the line of scrimmage, not what I was used to doing. I’m more of a read and react guy, a MAC (middle) linebacker, which was more in the box. I was more of a free flowing, chase the play, run them down kind of guy, so any other position outside of that didn’t optimize me as a player. So, when I became a coach, I figured I’d really work hard to find the best positions for each guy so they can thrive.”

Getting to know an almost entirely new group of athletes to him, then putting the pieces of the roster jigsaw puzzle together, is the aspect of this year’s training camp, should there be one, that excites him the most.

When asked if wanting an aggressive defence meant bringing a lot of pressure, Young replied that you don’t necessarily need one to have the other.

“I don’t think you have to pressure to be aggressive,” he explained. “I think you have to be very disciplined to be very aggressive. You can be basic, but if you’re very disciplined in your technique and your understanding of what you’re supposed to do, now you can play aggressively through your technique and through your responsibility. At times in Winnipeg we played some pretty basic stuff where it looked like we were bringing pressure.  It was just that the guys understood how to aggressively play their position.”

Some defences are harder for players to pick up than others. Young says that his defence shouldn’t be that tough but understanding the man behind it might not be that easy. 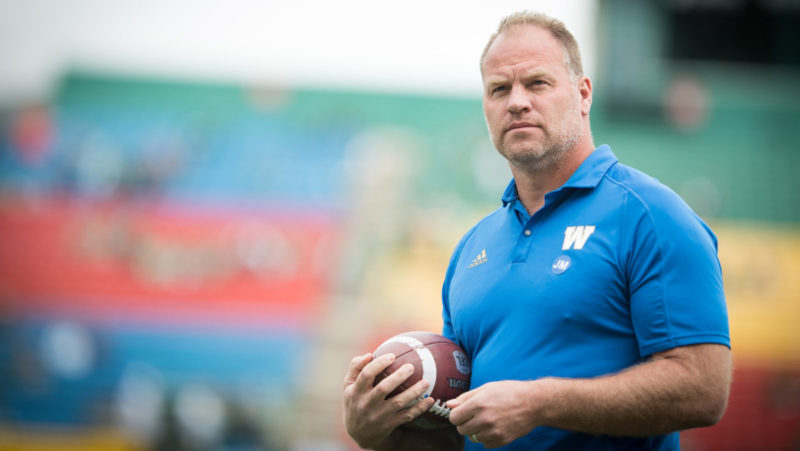 “I would say my mind is hard to figure out,” joked the coach. “It’s not necessarily the scheme, it’s the evolution of my mind as the season progresses.  My mind neverendingly just looks at things differently. It’s really sometimes a challenge for the players to keep up with me mentally because I want to get there sometimes faster than they can handle, but over the course of my time as a coordinator at a Division III school, plus in Winnipeg working with (Defensive Coordinator) Richie (Hall) a little bit, I’ve learned how to curb it so they can catch up.”

Young certainly learned last year that waiting for the players to figure things out can pay major dividends.

“It’s the evolution of the season. That’s where we did well in Winnipeg, we evolved all year long. What was there in training camp paled in comparison to what we did in the Grey Cup. It was the evolution of the guys, their understanding of how things work, and my way of teaching them how to do things correctly. Once they get on the same ship or paddle the same boat then we can get really extravagant and elaborate, and that’s kind of the way I like to live. I like to live in that world if I can, but if I can’t I’ve just got to take my time to get there.”