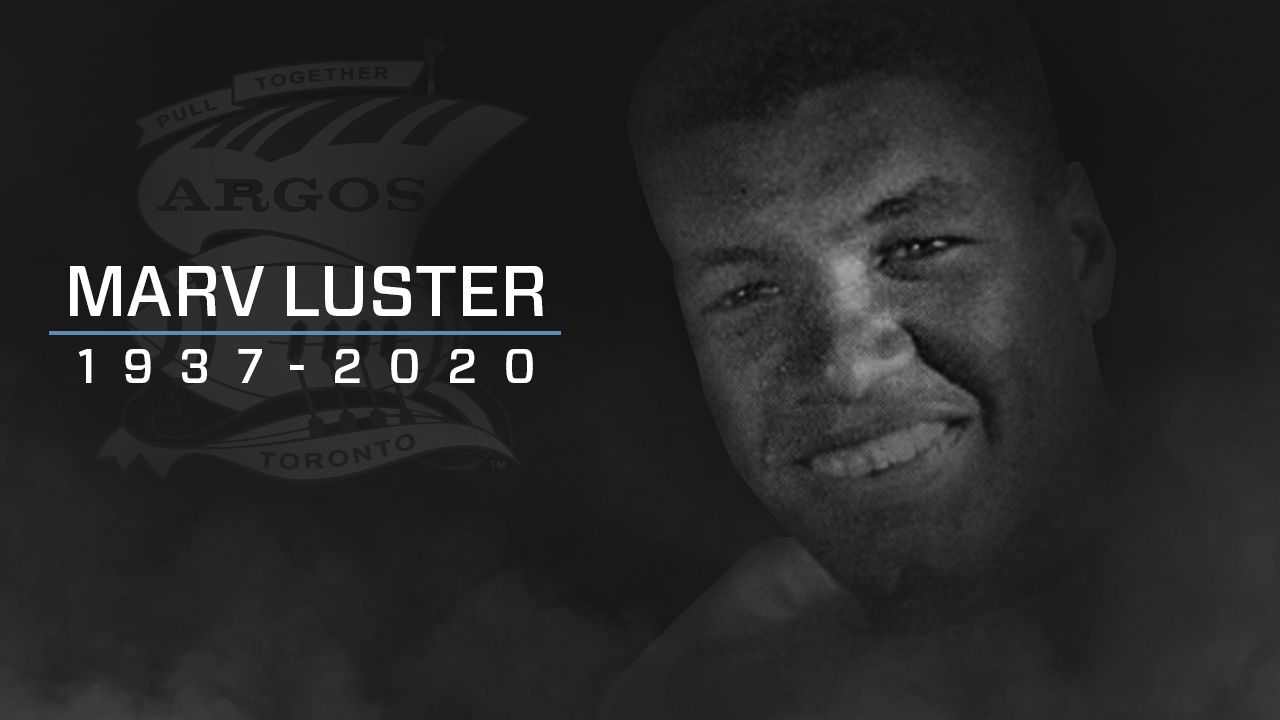 The term “impact player” is thrown around a lot. Marv Luster, who passed away Sunday, fit that term perfectly, both literally and figuratively.

Luster arrived in Toronto in 1964 after stops with the Montreal Alouettes and the L.A. Rams. A former receiver, he became a full-time defensive back after he donned the Double Blue and the position switch paid immediate dividends.

“He was a hitter,” recalled former Argo linebacker Peter Martin, a teammate of Luster’s between 1965 and 1972. “He was ferocious. He was a free safety, or what we used to call a rover. He was a great tackler, a fearless, and I mean fearless competitor. Marvin was a great player.”

How great? Luster was named an All-Time Argo in 1998. He was inducted into the Canadian Football Hall of Fame in 1990, and in 2006 TSN ranked him 35th on its list of the top fifty CFL players of all time, ahead of legends like Angelo Mosca, Matt Dunigan and iconic Argos Joe Krol and Bill Frank.

Martin got the chance to witness firsthand, and benefit from Luster’s talent.

“I played middle linebacker for a while and we used to blitz together,” said Martin. “We called it ‘40-hole all go’ where he would come up from the free safety spot and come up through one gap and I would come up and go through the other gap. He would make it look like it was regular coverage and then he would come up to the line like a rocket.”

Luster was the best player on a talented Argonaut defence. If he was the main man on that side of the ball, Bill Symons held that distinction on offence, highlighted in 1968 when he became the first Argo to be named the CFL’s Most Outstanding Player. He too remembered Luster’s immense ability. 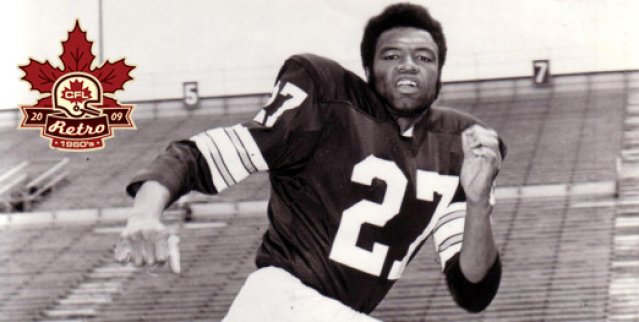 Luster, a UCLA graduate, was selected as an Eastern All-Star seven consecutive seasons from 1966-72, being named a CFL All-Star in six of those seven years. Despite all the accolades, Martin believes Luster still may not receive the recognition he deserves.

“He was one of the last two-way guys in the league,” the linebacker recalled. “When he came into the league with Montreal, he was a wide receiver too. He was the best defensive back I ever played with. He could really cover, at safety he had to be able to bail guys out playing from sideline to sideline in deep coverage and come up and fill against the run. He was durable and always in great shape. He was intense, Marvin had a game face. He was unbelievable.”

Luster and his young family stayed in Toronto year-round, as he was teaching at a vocational school in the west end. They resided on Dixie Road in an area where teammates Martin, Symons, Jim Dye and Mike Blum also lived. They’d often commute to practice and games together and their families would gather socially.

But it was his on-field abilities that made the native of Shreveport, Louisiana stand out. He had a career-high seven interceptions in 1966. Symons saw that ability every day, back in an era where full-contact practices were the norm.

“He wasn’t the heaviest guy in the world, but he made up for that because he was so quick,” continued Symons. “He really played vicious, a heavy, heavy, heavy game. We called him ‘The Stick’ because he’d come in and put the lumber to you.”

According to Alan Luster, Marv’s son, the Hall of Famer died after contracting COVID-19 at an assisted living facility in Matthews, North Carolina, just outside Charlotte.

“My dad used to always brag about how much he loved the Canadian people,” Alan Luster told Argonauts.ca via email. “He always talked favourably about his teammates Dave Raimey, Joe Theismann, Peter Martin, Bill Symons, Gene Mack and George Wells when they visited the house.”