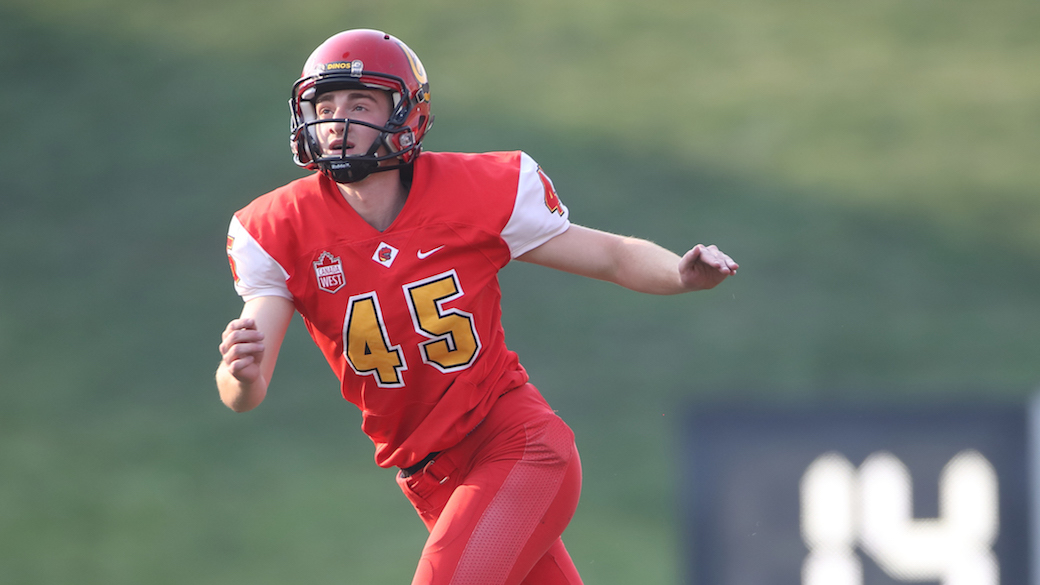 DiFonte played four seasons at the University of Calgary (2016-2019) where he finished off a stellar career by nailing two field goals in the 2019 Vanier Cup, helping the Dinos capture their fifth national championship in program history. The Winnipeg native was an All-Canadian in 2018 after converting 24-of-28 field goals with a long of 52 while averaging 63 yards on his kickoffs that season. The kicker’s most impressive moment may have come in 2017 when he kicked a U Sports record 59-yard game-winning field goal in the 2017 Hardy Cup.