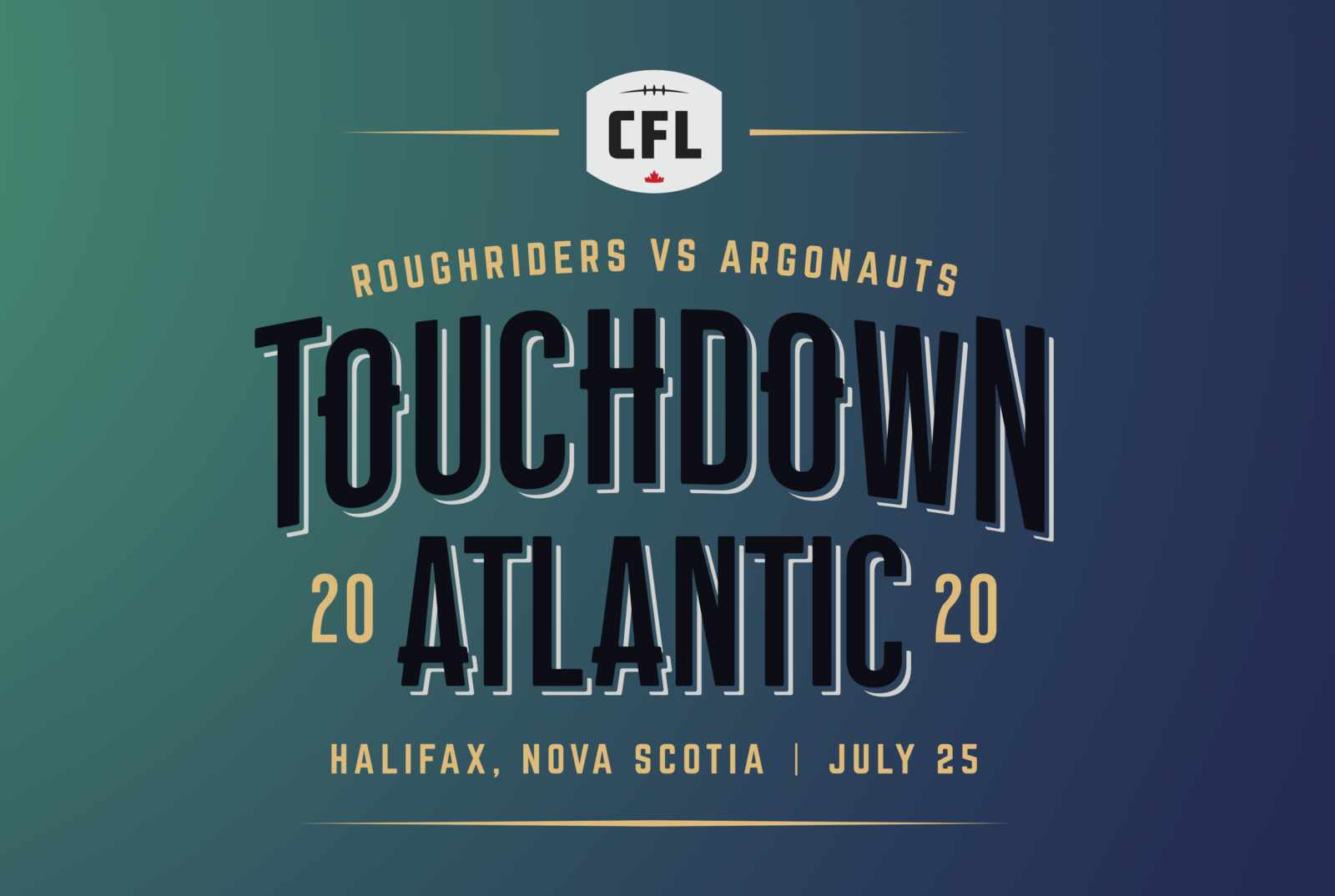 “Whether you’re from Vancouver and you’ve never seen the east coast, or you’ve lived in Halifax all your life, Touchdown Atlantic will be an unforgettable celebration of the entire region and our great game.

“From our ‘mini Grey Cup festival’ and the first-ever east coast Riderville to the big game and seeing Huskies Stadium packed to the brim with the Green and White and Double Blue of these passionate fanbases – this will be Atlantic Canada’s party of the year!”

The lead-up to Touchdown Atlantic will feature family-friendly fare throughout a three-day ‘mini Grey Cup festival’, a series of media events and community visits by both teams to connect with Haligonians from all walks of life.

“The Saskatchewan Roughriders, the Toronto Argonauts and the entire league are fully committed to showing Halifax and all of the east coast what it means to be a part of the CFL family,” added the Commissioner. “Touchdown Atlantic is not only a game; it’s an event – an experience. It’s our chance to be a part of this community and to show that the heart of the CFL beats strong throughout the region and across all of Canada.”

This year’s Touchdown Atlantic will be the first CFL game of any type to be played in Nova Scotia since a pre-season contest between the Argonauts and the Hamilton Tiger-Cats in 2005. Previous editions of the Atlantic Canada matchup in 2010, 2011, 2013 and 2019 were played in Moncton.