Hogan: Darby survives the purge and preps for 2020 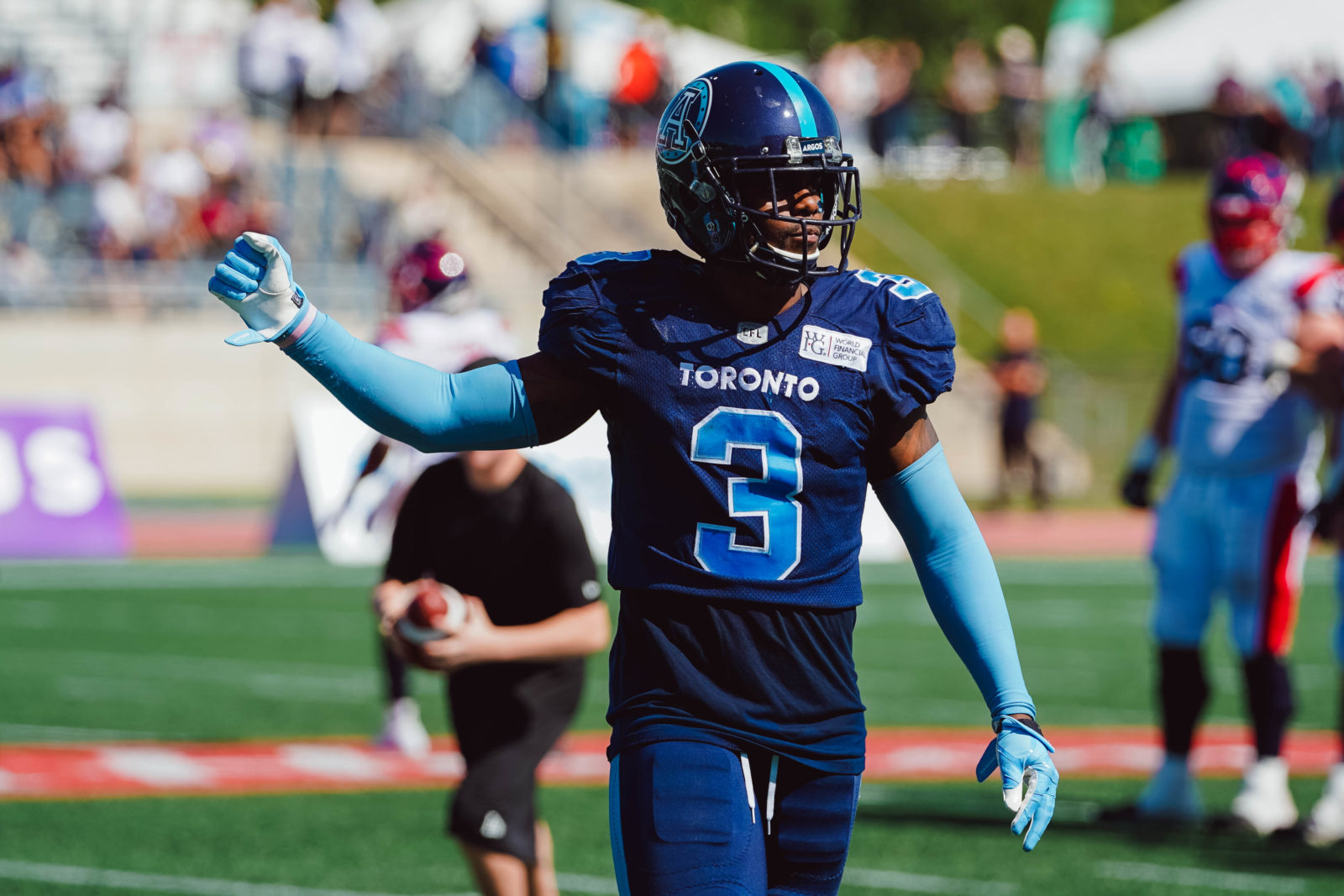 Hogan: Darby survives the purge and preps for 2020

It has been a hectic off-season for members of the 2019 Toronto Argonauts defensive secondary.

The team moved on from familiar players like Jermaine Gabriel, Trumaine Washington, Abdul Kanneh and Qudarius Ford. One of the biggest remaining questions was whether the team would go for a complete new look on the back end and part ways with Alden Darby Jr., who had just completed his third season in Double Blue.

The answer is no.

Darby is thrilled to be back in Double Blue but is saddened by the departure of several friends.

“Those were my guys,” he said of his now former teammates. “Q (Ford) was my roommate on the road since 2017. J.G. (Gabriel), we built a strong bond. They’re friends for life. It’s kind of a wake-up call.”

There was reason for him to worry. Shaquille Richardson was re-signed. Prior to free agency the club added players with CFL experience like Tommie Campbell and Jeff Richards. Former NFL second-round draft pick Stanley Jean-Baptiste was added. Cam Glenn and Jalin Burrell were retained, as were Canadians Rob Woodson and Matt Boateng.

In all, the Argos have 22 defensive backs under contract who will compete for five starting spots in the secondary and the SAM linebacker spot. It looked for the longest time as though Darby would be part of the purge and be traded, or possibly released outright.

“For me, it wasn’t the best year,” Darby admitted to Argonauts.ca. “I started out slow and there were too many inconsistencies.”

To be blunt, he didn’t look like the Alden Darby Jr. CFL fans were accustomed to seeing. Especially in an early-season game on the prairies.

“Week Three in Saskatchewan,” recalled the Arizona State product. “It was the worst game I’ve played by far since I was six years old. I knew going into the season I wasn’t myself, going into camp I wasn’t myself.”

He started finding his groove as the season progressed and capped it off with a two-interception performance in the season finale in Hamilton to give him a season total of five, but overall, he was inconsistent.

The biggest reason for the regression last year? According to the man himself it was his off-season training. It’s something that’s going to be different this year for the man known as “Pick Six.” 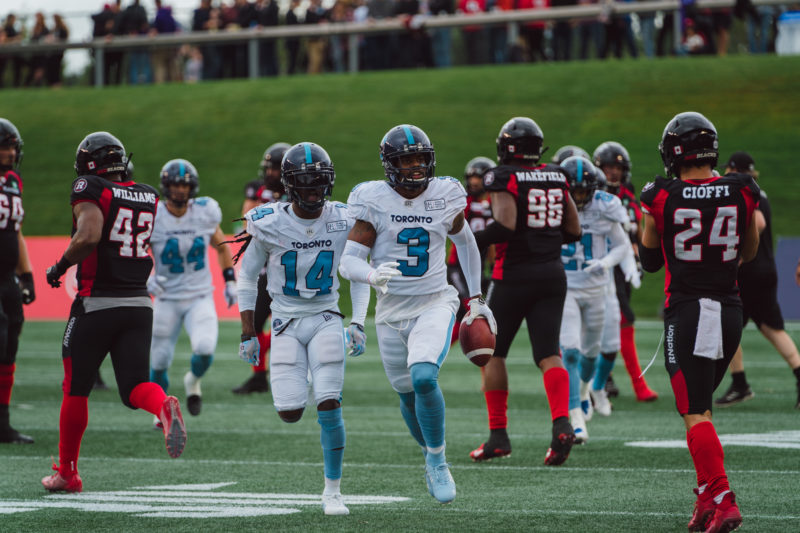 “I’m going home this weekend to get my proper training,” said the native of Long Beach, California. “I need to run hills, sand hills, run on the beach. I need to workout with my footwork guy. I felt good strength wise last year, but I knew my footwork was off.”

While the trip home will be good for him mentally, Argo General Manager Michael “Pinball” Clemons isn’t worried about Darby being in the right mindset when camp opens this time around.

“The wonderful thing about great players is that they challenge themselves more than you can challenge them,” said Clemons. “He’s been way too hard on himself about last season because he’s a pro.”

With that said, Argos Vice President of Player Personnel John Murphy knows that Darby didn’t play as well as expected last season, but he’s liked the way the DB has responded.

“He’s been responsible for what happened, and he faced some hard truths,” said Murphy. “He also wanted to stay here, which is important. He said he has the willingness to invest himself in the areas we think he needs to improve upon, and he wants to do it in Toronto.”

There will be plenty of things different for Darby in 2020. He’ll be coming off two solid months of training in SoCal. He’ll be lighter, looking to report to camp at 185 pounds, 10-to-15 pounds lighter than last year.

He’ll also be looking at a brand-new group of teammates, particularly in the secondary.  They’re not all strangers though.

“I’ve known Shaq (Richardson) my entire life. We’ve trained for eight or nine years together. Same with Jeff Richards. I’ve known him since we were in the San Diego Chargers camp together.”

It’s the acquisition of players of that calibre, plus the off-season of self-evaluation that has Darby anxious to get the season started.

“I’m so excited with the moves that Pinball and Murph have made,” said Darby. “With Tommie Campbell you know what you’re getting, same as Shaq. It’s a very athletic secondary.”

Clemons is the architect that knows winning takes a combination of on-field talent and off-field chemistry. Having the proper leaders in place is important, evidenced by how high a priority the team had on bringing linebacker Bear Woods back.

“He’s one of those guys that brings guys together,” Clemons told Argonauts.ca. “He takes my job and I gladly give it to him. He calls around to guys and tells them to come to Toronto.” 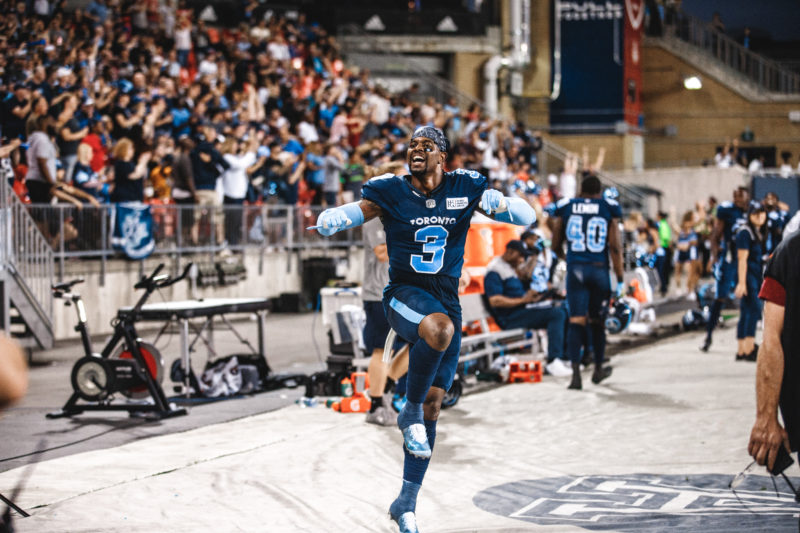 “I started a group chat, so we know who we are heading into camp,” said the defensive back. “We’ll be laughing the first day. It’s a whole new locker room and I am a veteran and can help them with this city. I’m going to be proactive.”

Being take-charge is something that Darby has always done, it’s who he is. He’s a go-getter and has already started preparing for his post-football career.

He’s a co-founder of an apparel company called Oautica Wave, which he started with his college teammate Robert Nelson Jr. and former Argo Marcus Ball. He’s also helping his girlfriend with her business. Annabelle Hayes is the CEO of the Lifted Collection apparel company.

Balancing football, business and community work is not easy, but his commitment to all three is something that has helped forge a connection between the defensive back and the general manager.

“Me and Pinball, in our eyes we’re a lot alike, our lanes are very similar,” explained Darby. “He preaches life first and then football. He understands how much I love this team and this city.”

The man he shares the lane with is excited to see Darby 2.0.

“This is a year that he wants to re-establish himself on the football field,” said Clemons. “The thing that cannot be denied is that he has already established himself in the hearts of Toronto Argonaut fans. He is a magical personality who is a prince in the community.” 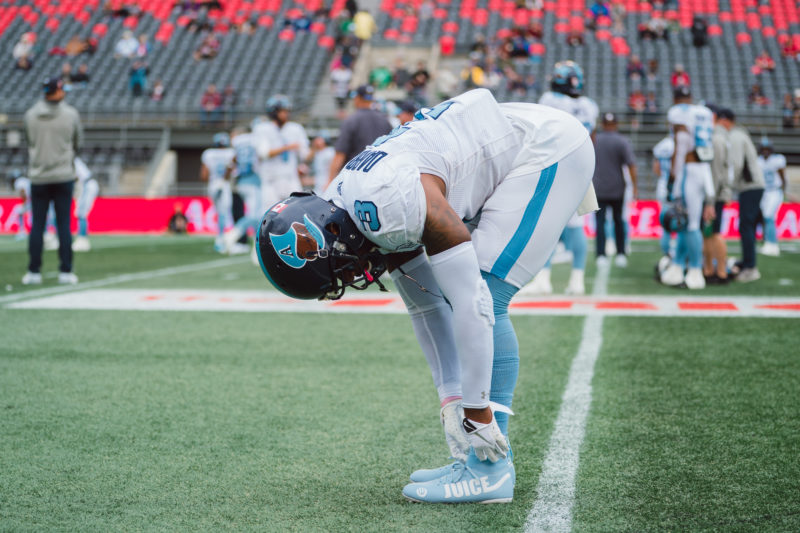