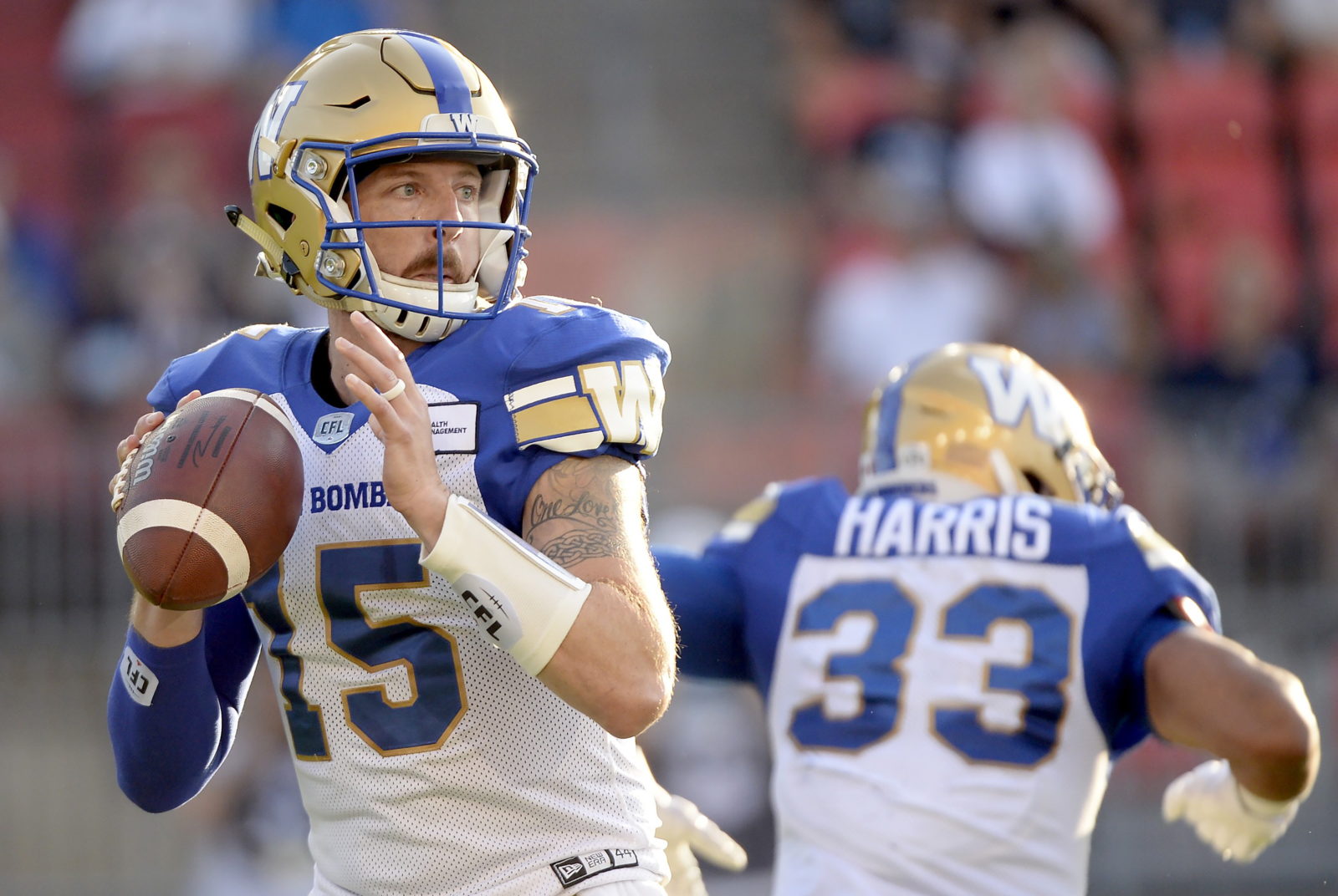 Winnipeg Blue Bombers quarterback Matt Nichols (15) looks for the pass during first half CFL football action against the Toronto Argonauts, in Toronto on Thursday, August 1, 2019. THE CANADIAN PRESS/Nathan Denette

Nichols, 32, played nine games for the 2019 Grey Cup champion Winnipeg Blue Bombers before a shoulder injury sidelined the pivot for the remainder of the season. Before his injury, Nichols was playing Most Outstanding Player caliber football, leading the league in touchdown passes (15) and passer rating (107.2) while guiding the Bombers to a 7-2 record in games he started. The Redding, California native was traded to the ‘Peg halfway through the 2015 season from Edmonton and played 69 games in Blue and Gold while throwing for a shade under 15,000 yards and 89 touchdowns. The 6’2, 211-pound quarterback originally came to the CFL in late 2010 after being signed by the Eskimos but was released shortly thereafter and eventually brought back in February of 2011. In 2 and a half seasons in Edmonton (2012-2015), Nichols threw for 3,386 yards and 30 touchdowns. Over his CFL career, Nichols has amassed a 45-28 record as a starter.

“Matt visited last week, primarily as an update on his health and he is ahead of schedule,” said Argos General Manager Michael “Pinball” Clemons. “Matt’s indominable spirit, attention to detail in preparation and exhaustive pursuit of perfection separate him from the pack,” continued Clemons. “Our analytical breakdown confirmed what we thought our eyes told us. We are better today than we were yesterday.”

A four-year starter at Eastern Washington, Nichols put up record breaking numbers for the Eagles completing 996 passes for 12,616 yards and 96 touchdowns in 47 games played. He is the conference’s all-time leader in completions and passing yards and was also honoured twice as Big Sky Offensive Player of the Year in 2007 and 2009.

“He is a proven winner and competitor. His experience speaks for itself and we are thrilled to bring him to Toronto,” said Argonauts Head Coach Ryan Dinwiddie.