TORONTO – The Toronto Argonauts Football Club announced on Monday the team’s schedule for the 2020 season.

The Argos’ regular season will open on the road against the Ottawa Redblacks on Friday, June 12th at 7:00 p.m. ET, the first time Toronto has opened up vs. Ottawa since 2004 (then the Renegades). The Argos were 3-0 last season against Ottawa.

Back-to-back games during the CNE! For the first time since 2016 the Argos will play TWO games during the famous Canadian National Exhibition. Toronto welcomes Hamilton on Saturday, August 22nd at 4 p.m. and Montreal on Friday, August 28th at 7 p.m. Free admission to the CNE included with the purchase of a game ticket. 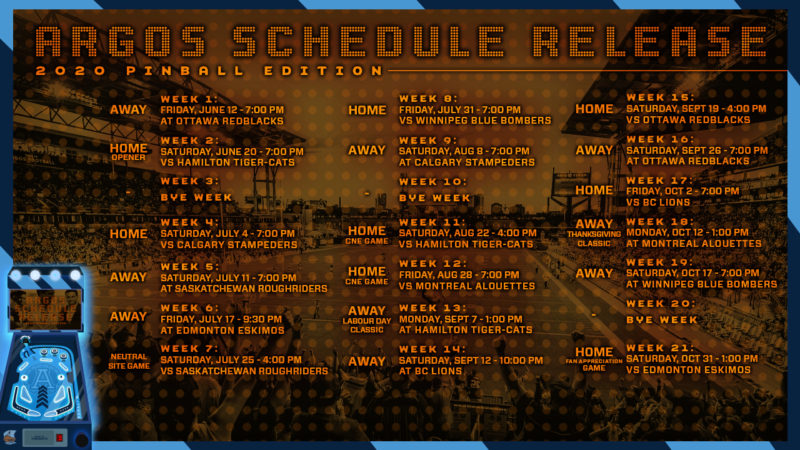 Other highlights from the 2020 home schedule: 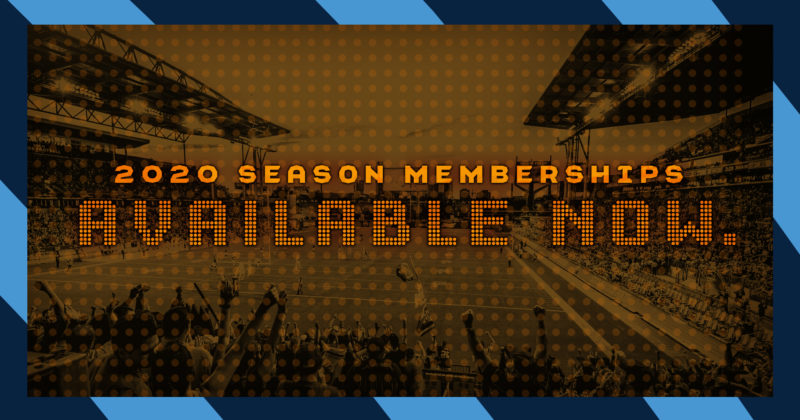