Hogan: The Bear is back 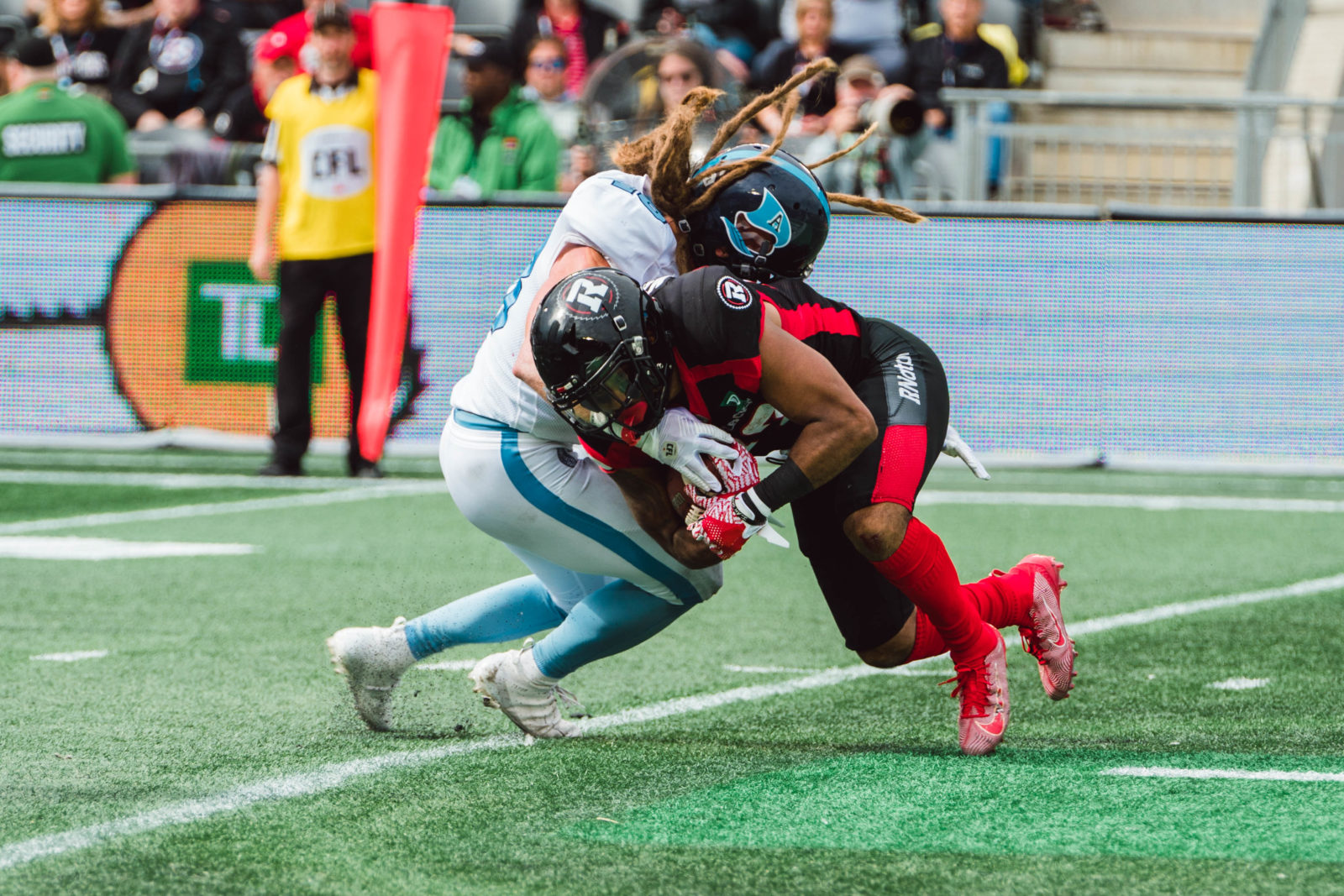 Hogan: The Bear is back

It was the end of the 2018 season. The Argos had missed the playoffs, Marc Trestman had been fired, and Bear Woods didn’t know what his future was.

“At the end of ’18 I was thinking that I didn’t play much,” recalled Woods. “I was assessing my future and all I could come up with is ‘Who knows?’”

This year Woods’ future isn’t in limbo. He’s coming back to Toronto.

On Wednesday the Argos announced the popular linebacker has re-signed with the team, bring his talent and his tenacity back to a city where he feels appreciated.

“They let me know during the season they wanted me to come back,” confessed the native of Macclenny, Florida. “It was a completely different feeling this year. It was great, I had Bill (team president Manning), Pinball (general manager Clemons) and Murph (vice-president of player personnel John Murphy) all reaching out to me. It was completely different for me and my family. It’s pretty rare for this business.”

While Woods is expressing love for the Double Blue, the front office’s feeling is mutual.

“When you see Bear Woods you see leadership personified,” said General Manager Michael Clemons. “Not only is he a grappler on the field, he is a guy that the young guys can come to and ask questions. He leads by example. He does everything you want a player to do. The only thing I wish Bear could do was have a twin, ‘cause I’d sign him too (laughs).”

The reason for the excitement is obvious; he feels wanted this year. Woods didn’t have a contract at the beginning of last season, eventually signed with the team on July 29, then found himself on the practice roster, patiently waiting for a chance to play. The opportunity came on September 7th in Ottawa when Bear was finally uncaged. He responded with 10 tackles and a sack that day, inflicting his own special brand of capital punishment on the Redblacks. 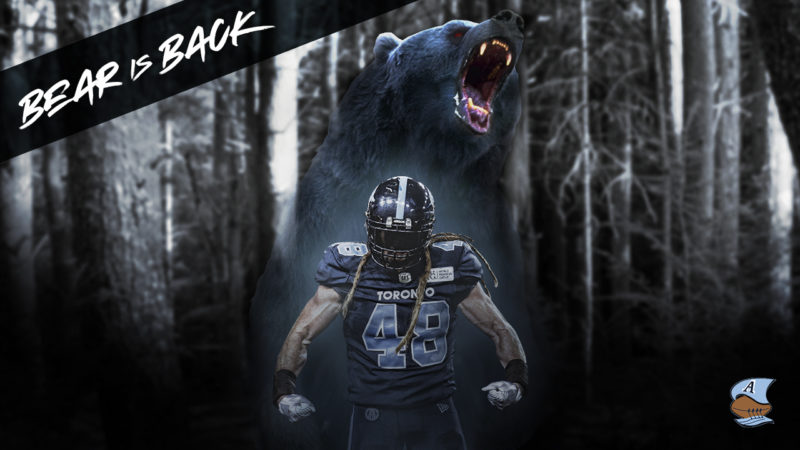 He’d record seven tackles the next game, then eight more in his third game, which ended up being his final outing of the season due to an upper body injury, something he told Argonauts.ca he’s fully recovered from. In fact, he would have been able to play had the Argos been in the playoffs last year.

V.P. of Player Personnel John Murphy is thrilled to get the man with the ginger dreadlocks back under contract, as much for his off-field intangibles as the fire he adds on the field.

“The way he works, the way he talks, the way he interacts with guys,” explained Murphy. “Within two weeks of him being back in the building and he was dressing for the first time, the players unanimously made him one of the captains.”

But the Argos aren’t bringing him back for just the intangibles.

“The performance in the games he played speaks for itself,” Murphy told Argonauts.ca. “He can be a great connection from the guys from past that know what it took to win in ’17, to these new guys that are learning what they need to do to be an Argo.”

There may be those that think that the 32-year old is physically limited; that age and the pounding he’s put his body through have taken their toll on a man recently voted in an on-line poll as the best linebacker in Troy University history.

Woods says bring it on.

“My mindset has stayed the same,” admitted the linebacker. “I never needed to know I can play. People have been telling me I couldn’t do it for my entire life. Seriously, that’s happened to me at every age since I started playing this game. I get genuine encouragement from my teammates, nothing’s changed.”

He’s heading back to Toronto, where he says fans now recognize him as an Argo, not a former Alouette simply playing in Double Blue. He also has a message for the Argo faithful.

“The fans here are the best in the league,” he stated matter-of-factly. “Me and my family appreciate the encouragement we get. I’m looking forward to getting back to the Grey Cup.”

He means it. That positive attitude and on-field intensity will go a long way toward making it happen.