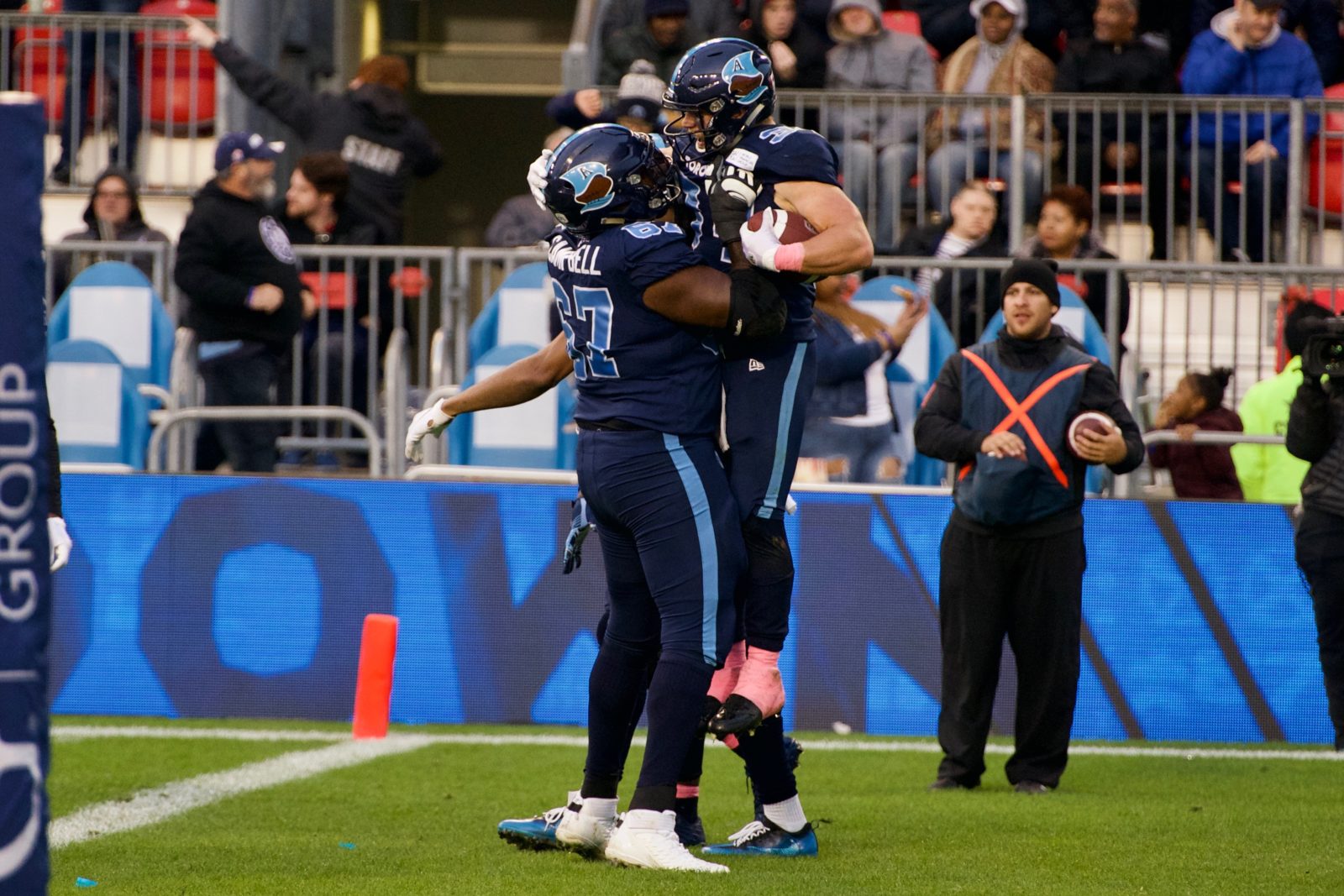 Here are your weekly lineup changes for the Argos final game of the season, this Saturday night in Hamilton (7:00, TSN). A reminder that these are the starting lineups, and players will rotate once the game begins.

At quarterback, Dakota Prukop and Mike O’Connor have been moved up the depth chart, with McLeod Bethel-Thompson dropping to the third spot. Both younger QBs played well in last week’s win over Ottawa. James Franklin is also on the depth chart.

A.J. Ouellette scored his first CFL TD last week and will once again start at running back. James Wilder Jr. is back in the lineup after missing the last game. Chris Rainey remains out. The fullbacks are both back with Declan Cross starting ahead of Regis Cibasu.

Chandler Worthy will miss the final game with an injury. He had been starting for team Most Outstanding Player Derel Walker, who remains out. That moves Kurleigh Gittens Jr., one of the team’s third-round picks this year, into a starting role. S.J. Green, Rodney Smith, Jimmy Ralph and Armanti Edwards, just 48 yards shy of 1,000 for the season, will be the other starters. Llevi Noel and Alex Charette will also be in the lineup. 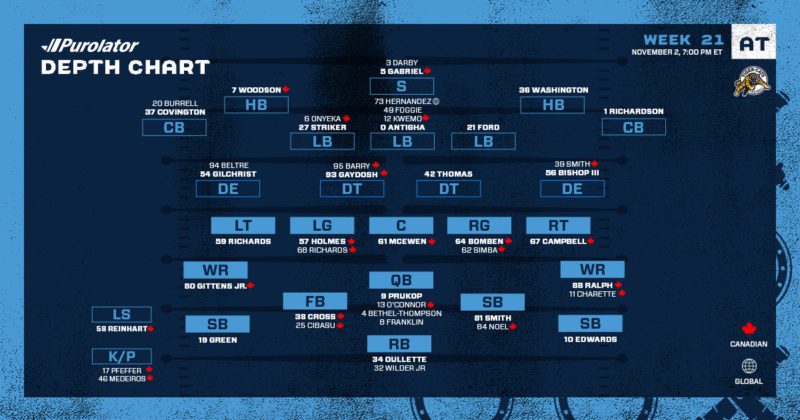 The starting offensive line remains intact, with Randy Richards and Jamal Campbell at tackle, Ryan Bomben and Tyler Holmes at guard, and Sean McEwen, recognized this week as the Argos Most Outstanding Offensive Lineman, at centre. Shane Richards will once again dress, while Mo Simba, the team’s fourth-round selection in this year’s CFL Draft, will make his Double Blue debut.

The starting linebackers are the same, with Tobi Antigha in the middle, flanked by Eric Striker on the weak side, and Qudarius Ford on the strong side. Nakas Onyeka, Nelkas Kwemo, Juwan Foggie and Global player Christian Hernandez also will dress. Cam Glenn is on the one-game injured list.

The starting secondary is intact. Jermaine Gabriel is the safety, Trumaine Washington and Robert Woodson start at halfback, with Shaq Richardson and Anthony Covington on the corners. Alden Darby Jr. and Jalin Burrell will also dress.

Zach Medeiros will do the placekicking for the injured Tyler Crapigna. Ronnie Pfeffer is the punter, Jake Reinhart the longsnapper.