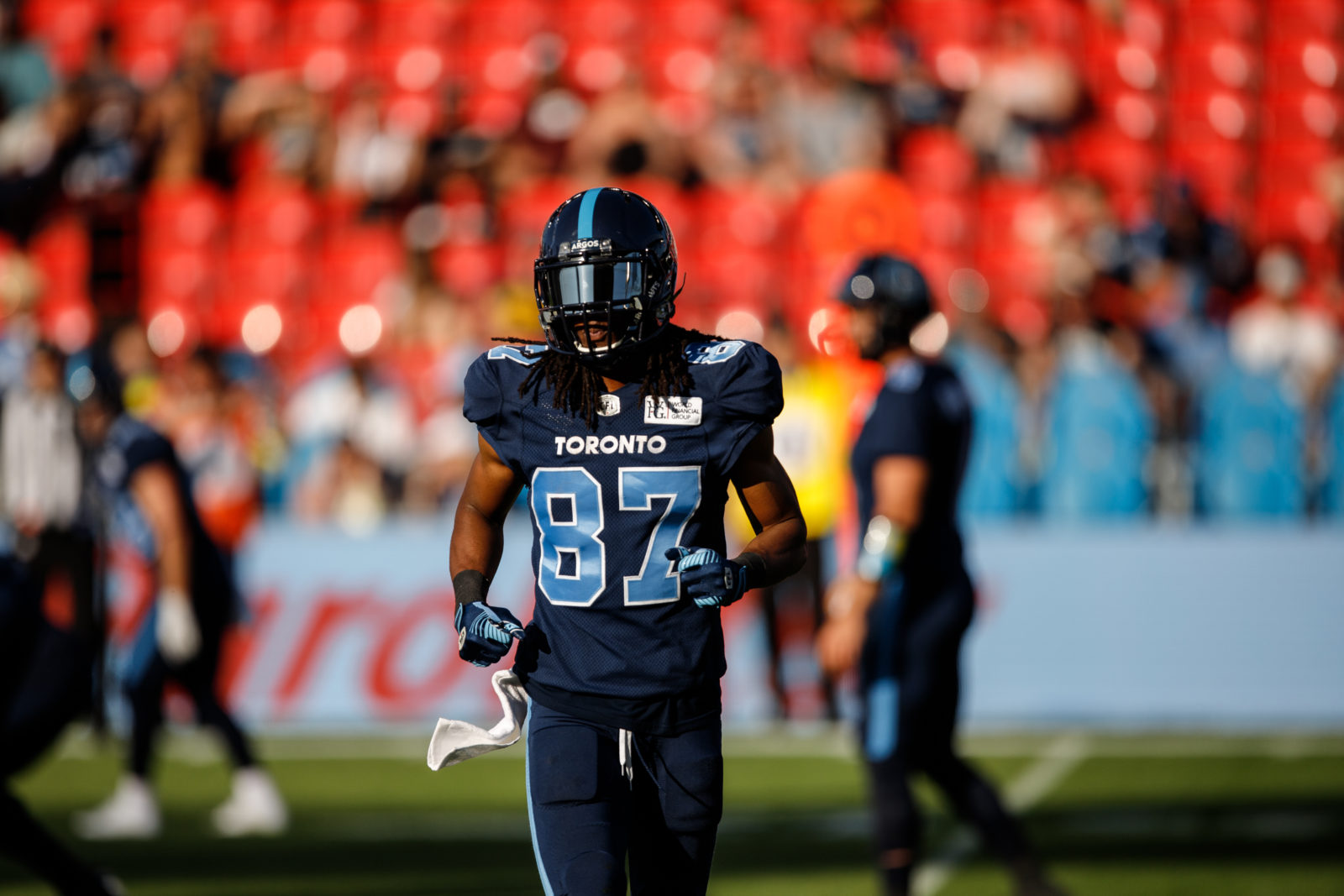 The players were selected by voting members of the Football Reporters of Canada (FRC) and CFL head coaches.

East and West Division winners will be announced on Thursday, November 7, 2019.

The 2019 Shaw CFL Awards will be handed out on Thursday, November 21, 2019 in Calgary during Grey Cup week.

Walker has hauled in 65 receptions for a team-leading 1,040 yards (11th in the CFL) and six touchdowns over 15 games this year. The former Most Outstanding Rookie in 2015 averages 16 yards a catch, good for third best in the league among players with at least 30 receptions including a 96-yard score during the Labour Day Classic in Hamilton.

Laing, an Edmonton native, has been a force in the interior of the Argos defensive line all year by racking up 27 defensive tackles and seven sacks (Argos team high and eighth best in the CFL) thus far over 15 games. The three-time CFL East All-Star (2015, 2017-2018) is one sack shy of tying a career high with one game to play. Laing was Toronto’s choice for Most Outstanding Defensive Player last year and Canadian in 2015.

McEwen, Toronto’s choice for this award the last two seasons including being the 2017 East nominee, has been a staple up front for Toronto in 2019, starting all 17 games, one of only two Toronto offensive lineman to do that this season. After McEwen make’s his 18th start in the season finale in Hamilton on Saturday, the Calgary native will have played in every game for six straight seasons.

Rainey, a two-time B.C. Lions team nominee for Most Outstanding Special Teams Player (2015-2016), currently leads the league in kick return yards with 1,196 off 59 returns. Rainey sits fourth in the CFL in punt returns yards with 596 yards on 62 returns including a 79-yard punt return touchdown in Week 4 vs. B.C. Rainey now sits 30th all-time in combined yards with 12, 806.

Gilchrist, 25, leads all Argo rookies in defensive tackles and sacks with 29 and four respectively in 13 games this season. The first year CFL player has also added an interception this year and has played a key role coming off the edge and applying pressure on opposing quarterbacks.