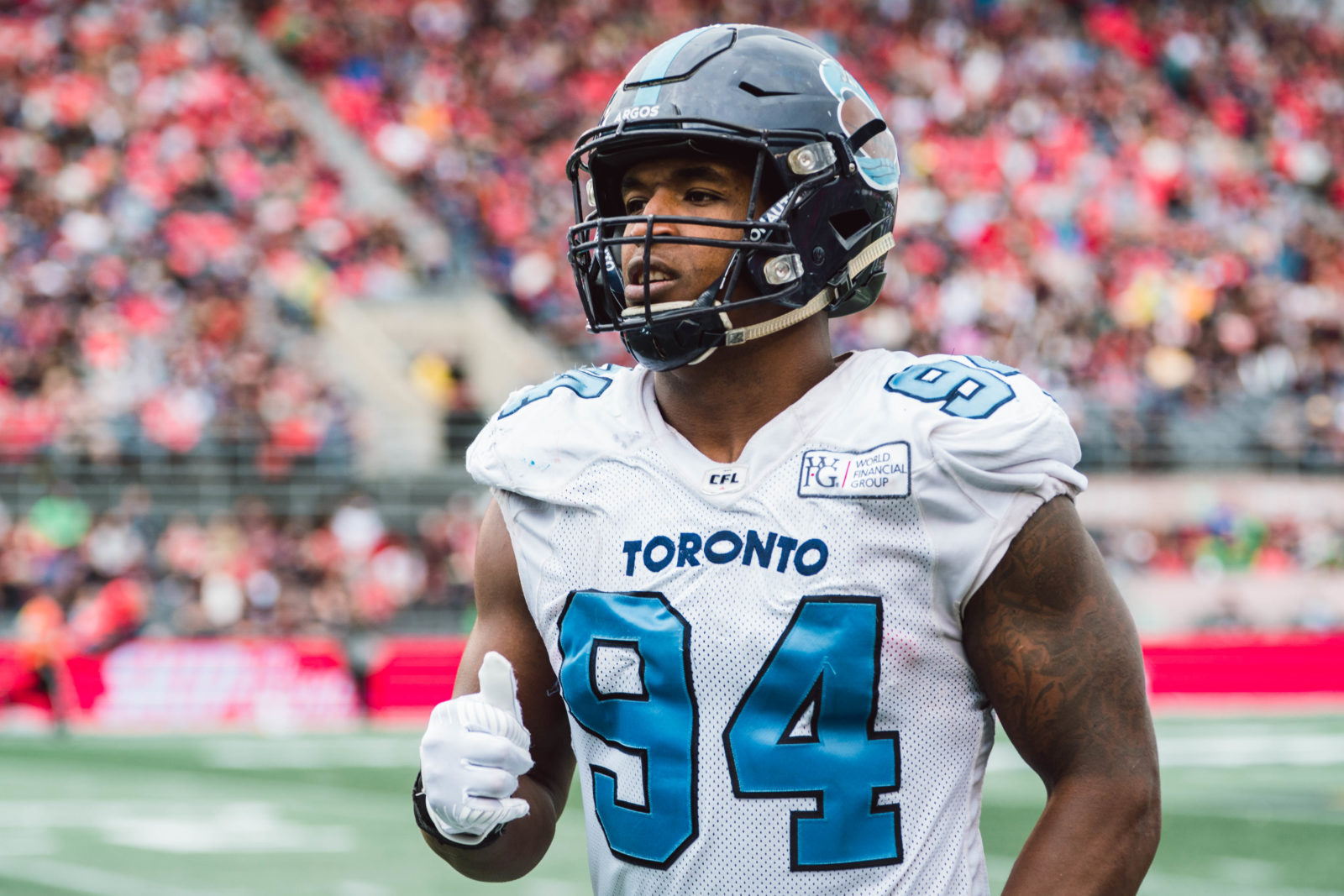 Frank Beltre’s career in Toronto has been a mixed bag.

In 2018 he spent a lot of time at defensive end. His skill set didn’t match what then defensive coordinator Mike Archer required from that position, leaving everyone wanting from the first-year Argo, much of it through no fault of his own.

This year has been different. The role has changed for the native of Azua, Dominican Republic – who played his high-school football in Randolph, New Jersey – and it’s been beneficial for both player and team.

Beltre has been a beast on special teams. His 23 tackles on teams is just one behind CFL leader Mike Miller of Winnipeg, and he’s posted four-consecutive games with multiple ST tackles.

“I’m just playing my part”, Beltre told Argonauts.ca. “Whatever is asked of me, I’ll do. My role changed this year, so I took care of that.”

He’ll still get in at defensive end, but he’s made his mark on special teams, where he’s gone from being a very good player, to being among the league’s elite.

That hasn’t been lost on his head coach/defensive coordinator.

“He’s the ultimate professional,” said Corey Chamblin of Beltre. “The way he approaches the game, his mindset is phenomenal in terms of getting himself ready, and the guys around him ready.”

The Argos choose their three captains before each game. Chamblin had selected them for the most part this season, and Beltre had represented the special teams on numerous occasions. Last week against Ottawa the players elected an offensive, defensive and special teams captain. To nobody’s surprise, Beltre was awarded the distinction by his peers.

“That just means the guys look to me to lead by example,” said Beltre. “That’s what I try to do every game. Special teams is easy to grade because it’s mostly just effort. It’s a want to. Coaches bring the schemes, and we’ve got to follow the schemes, but at the end of the day it just comes down to effort.” 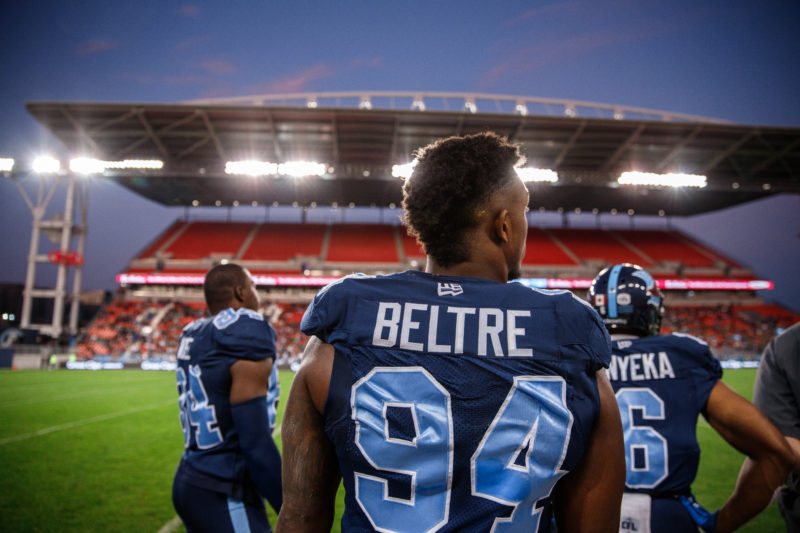 There’s no question desire is a key ingredient in a great special teamer, but you need more than that to excel.

“He’s a big, strong, fast guy,” said McDiarmid. “He’s tough to block. He’s got a nose for the ball; he works hard and wants to get those tackle stats. He’s been playing well.”

That hard work has been obvious to anyone who has seen him play. It’s how he was noticed in his first three years in the CFL with Calgary. It was what helped him get NFL looks with the Chargers, Raiders and Jets. It’s what helped get him into Double Blue.

“You can ask anyone from high school or college, this is how I play the game,” explained the graduate of Towson University. “I love playing this game, and the day I stop loving it, I’ll stop playing it. Until it’s no longer fun for me, I’m going to continue playing the way I have been.”

It’s still enjoyable for him, but it was also fun for the fans who watched him – in his role as captain – call the coin toss prior to the Argos 46-17 win in Ottawa back in September.

After the referee explained which side of the coin was heads and which was tails, he asked which Argo player would be making the call. Beltre raised his hand and was asked by the official, “What is your call sir?” to which the Argos No. 94 replied, “Frank. Frank Beltre.”

It was not only good for a chuckle on the field, but it also loosened things up during meetings later that week.

“He took a little bit of ribbing,” recalled McDiarmid with a chuckle. “After that game we actually started a meeting with that video and made light of it, but he’s a good-natured guy that likes to have fun, so he knew it was a funny situation.”

That’s Beltre. Hard working on the field, but also knowing the right time to push his teammates, and knowing when to have some fun.

It’s part of the reason he’s been so important to the Argos special teams this season. 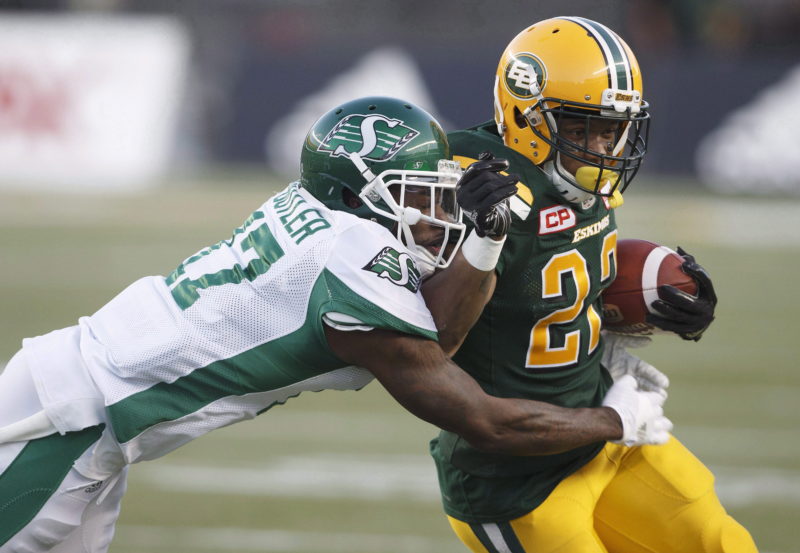 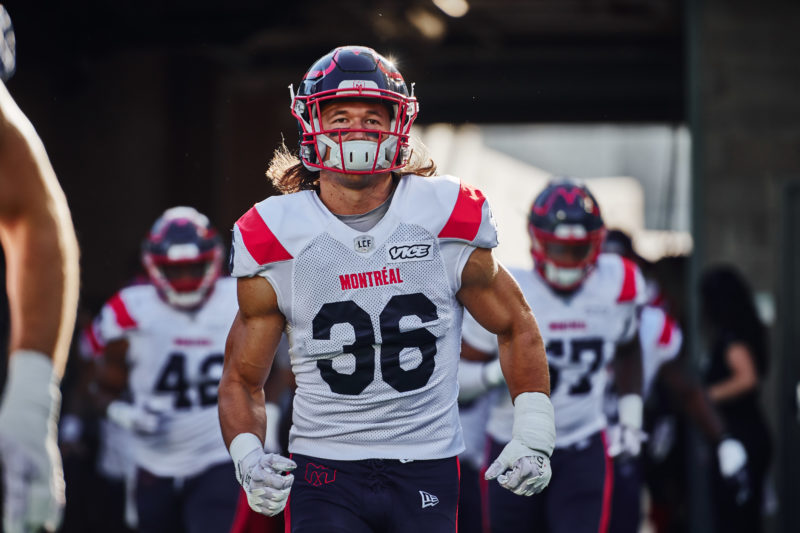