Hogan: A thank-you to Terry Greer 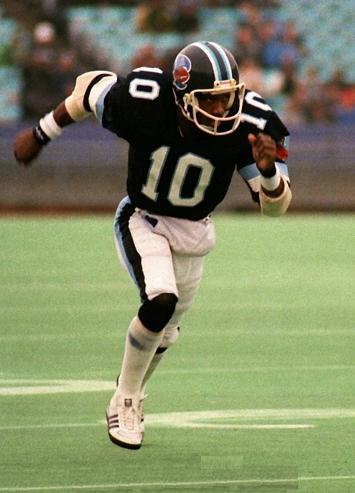 Hogan: A thank-you to Terry Greer

Since being hired as a contributor to Argonauts.ca, I’ve tried to focus on storytelling. There are so many great tales to be told about those in the Argo family, I’ve tried to remain out of the picture and act as a conduit between team and reader.

The one exception has been a post-season personal account of the year’s most memorable moments. It’s time for another deviance, and I’d be hard pressed to come up with a better reason.

As a 56-year old sports fan from Kingston, Greer is embedded in my memory bank and evokes such a powerful emotion that I felt the need to express my gratitude to the man and his teammates.

But you can’t get to the final scene of this tale before allowing the plot to develop.

I vividly remember watching the 1971 Grey Cup and cheering for the guys in blue. It’s the first game I can remember, though I undoubtedly watched others before it. I know Bill Symons ‘71 football card is kicking around somewhere in my basement.

After that heartbreak, the 70’s were, shall we say, tough for Argo fans. From the carousel of coaches, to Anthony Davis and Terry Metcalf, to those baby blue uniforms – whatever was tried, failed.

As the decade flipped, there was more hope, followed by greater disappointment. Surely two of Vince Lombardi’s Hall-of-Fame players could turn things around. But Forrest Gregg’s 1979 Argos team missed the playoffs, as did Willie Wood’s the next season, and the year after that.

Saturday, we welcome back Terry Greer.

My friend John Knox was a Rough Rider fan and was relentless. If the topic of football ever came up – thankfully he was a hockey fan first and foremost – he’d take immense pleasure ripping my Double Blue heroes to shreds. I had no comebacks. None. Ever.

The Argos were 2-1-1, the loss being a 31-12 humbling by the Edmonton Eskimos, who had won the prior four Grey Cups. That same dynastic team would be playing at Exhibition Stadium that Saturday night.

After getting together with some friends to throw the ball around, my buddy Larry Paquette – who was for some reason a B.C. Lions fan – and I adjourned to Art Veryard’s house to watch the game. It was soon apparent that something was happening that we weren’t prepared for.

The Argos were hanging around with the best CFL team any of us has ever seen. They’d end up pulling off a 30-22 win. It changed everything.

Just like that it was, um, cool – or at least cooler – to be an Argos fan. The decade of ridicule was suddenly worth it.

While the season didn’t conclude with a Grey Cup win, it ended with an appearance in the final game, which, when based upon the seasons leading up to ’82, was a major accomplishment in itself.

It also led to one of my best sports memories to this date.

In the fall of 1982, I enrolled in the Radio Broadcasting program at Loyalist College in Belleville. I only knew one other person in the program, an old baseball teammate. I was living away from home for the first time and introduced to a group of people I knew nothing about.

One of them was Gord Hunter, a guy who, like me, liked sports, music and beer. He had a connection in the Argos office and was able to secure us a couple of tickets to the East Final. I had seen a CFL game live in Montreal, but I had never been to an Argos game.

It was a memorable way to start.

The Boatmen sailed to a 44-7 win over Ottawa (Take that John Knox!). We met some players after the game, but the memory was of Greer. Nine catches, 186 yards and a pair of TDs.

This is where the appreciation really starts to kick in.

It wasn’t that the Argos won every game that year, they were 9-6-1. It was the way they were winning. Condredge Holloway and Terry Greer were magical together. They provided on a nightly basis what Metcalf did in flashes and Davis did in theory.

Holloway was fast, agile and had a rocket launcher attached to his right shoulder. He had a million-dollar smile and was the face of the franchise.

The kid from Memphis could do it all. He was tall, fast, strong, had great hands, ran fantastic routes, and it wasn’t until interviewing his teammates years later I learned how much of a student of the game he was.

Terry Greer dominated DBs like no receiver I have seen before, or since. His 1983 season was insanely good, 2,003 yards in 16 games, featuring back-to-back-to-back 200-yard games. That will never be done again. And oh yeah, they won the Grey Cup for the first time in 31 years.

He remains the best receiver I’ve witnessed play in the CFL, and in my humble opinion, he’s the best player I’ve ever seen wear Double Blue not named Doug Flutie. 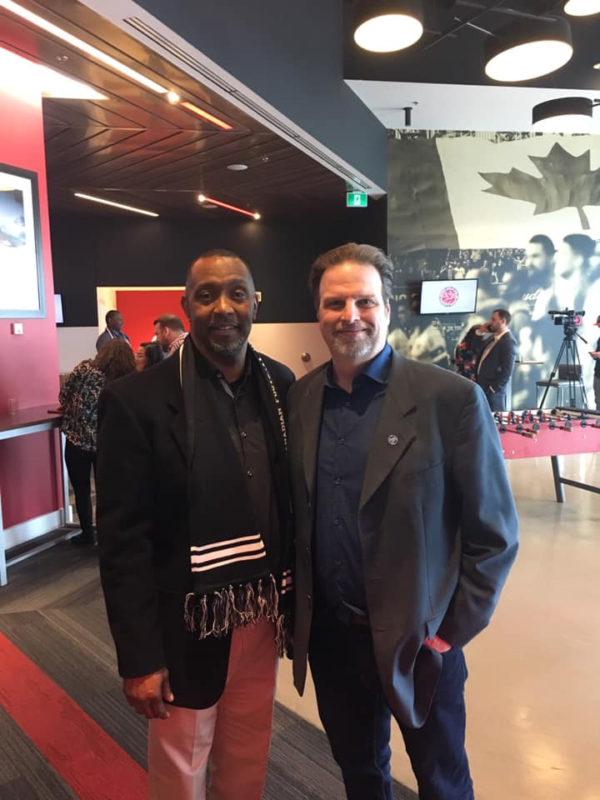 The icing on the cake? On the two occasions I met him this year he could not possibly have been nicer. Teammates have mentioned how he had no ego despite how successful he was, and that seems intact to this day. It’s always a relief to find out the people you have held in such esteem happen to be exceptionally nice.

To me, a fan for almost half a century, Terry Greer represents all that’s great about Argos football. He was a spectacular player, his teams won, and he did it with the utmost class.

Regardless of whether my microphone is on or off, when Terry Greer is welcomed back to the CNE grounds on Saturday night, I’ll be applauding in the radio booth. It’s the very least I can do to thank him – and through him, his teammates – for giving me so much enjoyment back in the day.

Tickets for Saturday are available here. 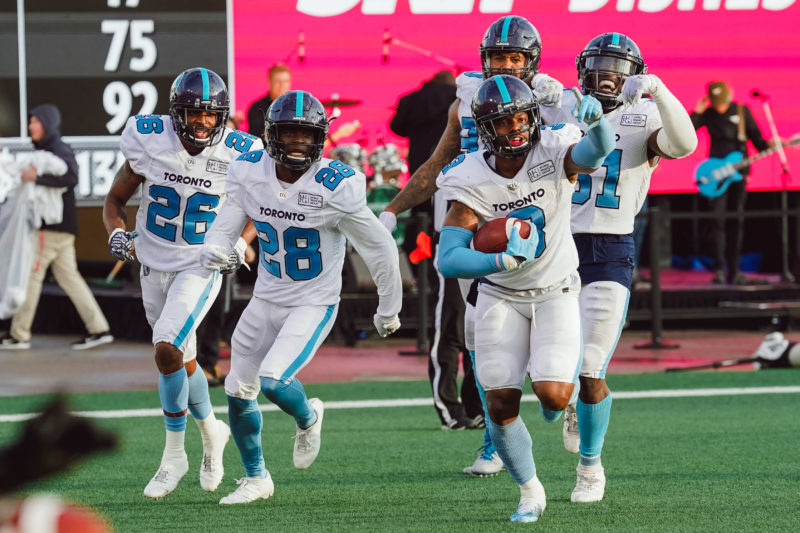