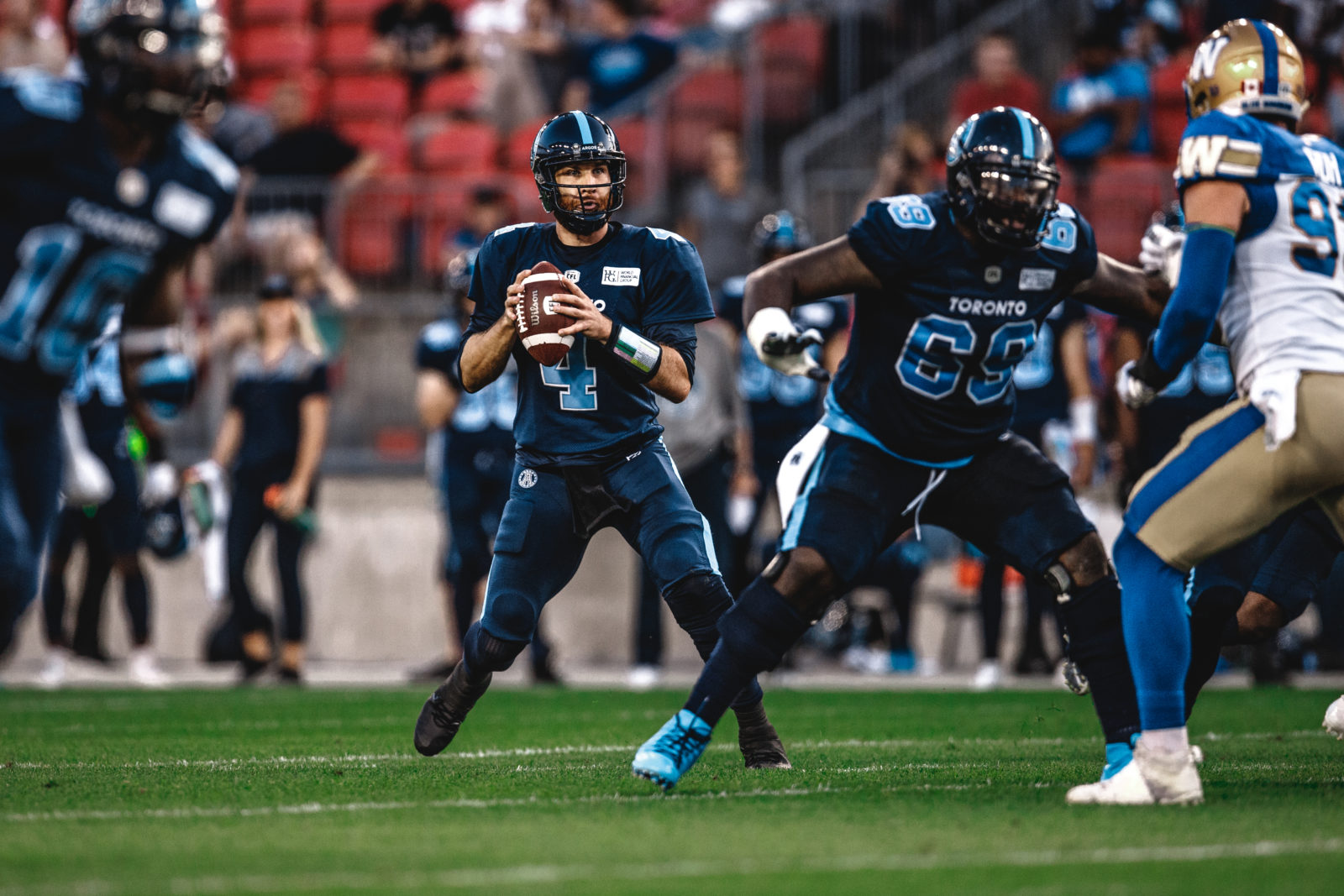 Bethel-Thompson, 31, completed 37-of-49 passes for 343 yards and three touchdowns in leading the Double Blue to a victory over Winnipeg last Thursday night, a game Toronto trailed by 20 points in the first half. With 1:41 left on the clock and the Argos down six, the former Sacramento State Hornet led the Argos 72 yards completing 7-of-8 passes including an 11-yard touchdown pass to S.J. Green with 13 seconds left to tie the game. The 6’4, 220-pound QB also led Toronto in rushing with five carries for 44 yards. In seven games this season including five starts Bethel-Thompson has thrown for 1,592 yards (fourth-best in the CFL) and 10 touchdowns (tied for second in the league).