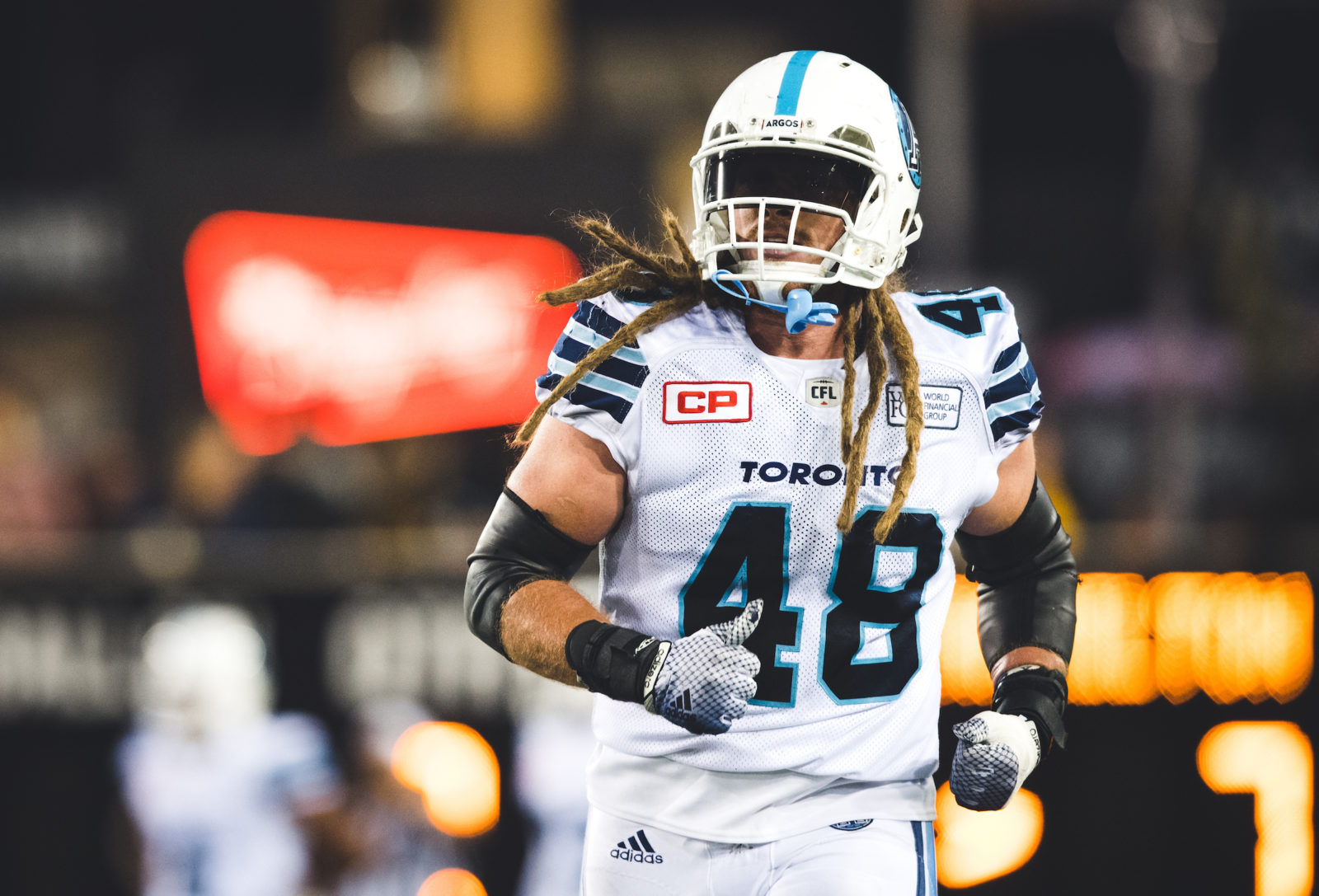 Bear Woods (48) of the Toronto Argonauts during the game against the Hamilton Tiger-Cats at Tim Horton's Field in Hamilton, ON, Saturday, September 30, 2017. (Photo: Johany Jutras)

Woods, 32, returns to Toronto after spending the 2017 and 2018 campaigns with the club, where he racked up 119 defensive tackles and two sacks in 21 games, while helping the Argos win the 2017 Grey Cup in his first year with the team. Woods also spent training camp with Toronto this year. A natural leader on and off the field, Woods was originally signed by Montreal in 2011 before coming to Toronto six years later and was twice named a CFL All-Star and the East Division’s Most Outstanding Defensive Player for the Als (2014, 2016). The Florida native had one of the greatest defensive seasons in CFL history in 2016 when he made 126 defensive tackles (sixth most in a single-season all-time), five sacks, two interceptions and three forced fumbles in 18 games. For his career, the product of Troy University has 351 defensive tackles, 18 special teams tackles, 14 sacks, three interceptions and six forced fumbles in 61 games.