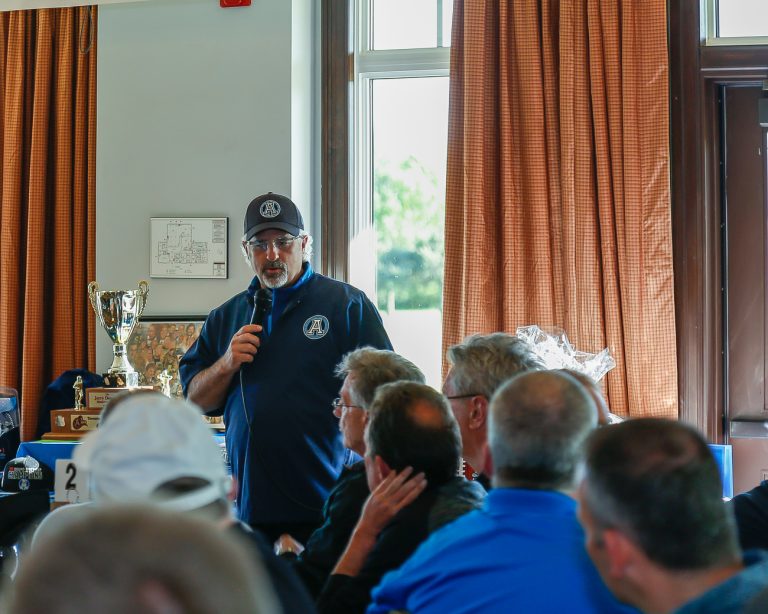 For long-time fans of the Toronto Argonauts, it was a pretty cool sight.

At one table, Damon Allen was laughing it up with his former receiver David Williams, who will join him in the Canadian Football Hall of Fame this summer. Hall of Fame running back Bill Symons was holding court, telling tales about his playing days at the University of Colorado. Chuck Ealey was moving around the room, constantly flashing his million-dollar smile.

They were part of a group of former Argos, grabbing a bite to eat after competing in the annual Argos Alumni golf tournament held recently at Eagle Ridge Golf Club in Georgetown. The event is a staple on the calendar and is also used to raise money for the Argonauts Alumni Support Fund, which provides financial assistance for former players in need.

The day is always a great deal of fun for everyone involved, but when looking around the room one thing became clear rather quickly, the majority of those in attendance were either senior citizens, or not too far away from gaining that status. There were only a handful of players from this millennium in attendance.

One thing that will help is the enthusiastic support of MLSE. The ownership group has been pro-active in rebuilding the relationship with the former players. The company has donated a private suite in the south-west corner of BMO Field where Alumni Association members and their families can watch the games for free.

The President of the Argos Alumni Association is Stacey Coray, a defensive back with the Boatmen in 1973-74. He knows the value of having ownership on his group’s side.

“It’s so important,” Coray told Argonauts.ca. “One of the strongest points of having the support of top leadership is that everything flows from there. It does wonders for perception. Younger players will see that, and hopefully it makes a big difference.”

The ownership group is keen on recognizing players from days gone by. It’s important to not only maintain but to improve the relationship between current and former Argos. Keenly aware of that is Argonaut President Bill Manning, a huge supporter of heightening relations between team and the Alumni Association. 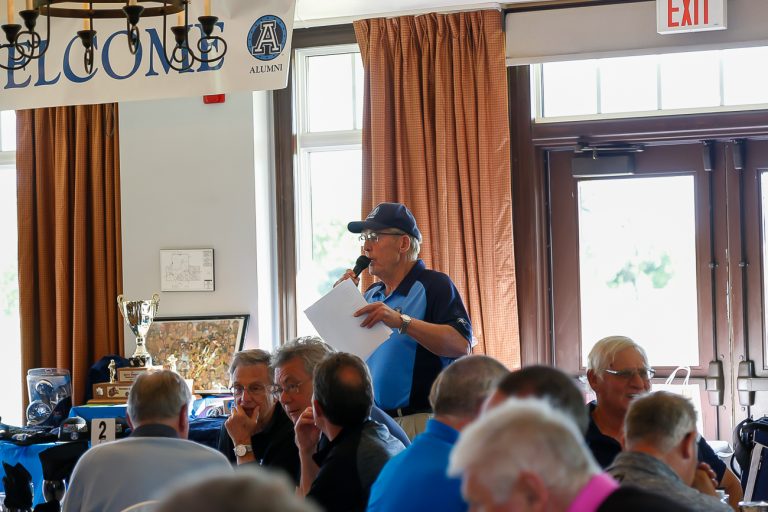 Manning’s appreciation for retired players was honed by spending four years working for the NFL’s Philadelphia Eagles, where he rubbed shoulders with many of that team’s legends and saw how important those players meant to the team’s fans.

That bridge building is much appreciated by Coray and company.

“All the game day stuff is important,” said the former DB. “The club has expanded the size of the suite from 20 seats to 42. That helps. When the guys’ kids get a little older they’ll be able to bring them to the games with them. It doesn’t take a whole lot to get them involved.”

Head Coach Corey Chamblin and General Manager Jim Popp are also proponents of engaging former players. They’ve invited an alumni member or two to join the team at practice the day before each home game and then address the players – Ricky Ray will do it prior to the home opener. After the discussion, the alumni member will join the Argos back at BMO Field to sit down and have lunch with them.

“For Corey and me it’s simply trying to intertwine the past, educate the current guys on the history of the team, and talk about the ups and downs those gentlemen went through to be as great as they are, as great as they have been, and what it takes to win championships,” said Popp, who said that the relationship between the team and alumni was great in Montreal, but was particularly strong in Baltimore, where the Stallions built a relationship with former Colt players like Johnny Unitas, Joe Washington and Tom Matte.

“They embraced us,” related Popp, now smiling broadly. “They talked about the community, and got involved around town with places like the Elks Club, or some type of group around the area that were fans of the Colts or the Stallions. They had their own groups of people that embraced the players themselves and it became a great union and everybody got to know one another and understand the history of football in Baltimore. It really went a long way.”

What will it take to get players in their 20s, 30s and 40s to join the association, explore the history and make connections like the ones Popp experienced in Charm City? The group’s youngest and newest member is Matt Black, who retired as a player at the end of last season and is now working in the Argos Football Operations department. He has some ideas on how to engage some of his former teammates.

“I’m a big believer that you just include people,” said the hero of the 2017 Grey Cup win over Calgary. “We need to reach out to guys and let them know what’s going on and get them into the environment, because I think once they get out there they’ll find out that it’s really cool, it’s really awesome and they’ll be welcomed with open arms.”

Black is still getting used to the concept of being a “former player”, but has thoroughly enjoyed his recent added exposure to the generations of players who played before him.

“It’s really good to see the older Argonauts,” Black continued. “The guys that have done a lot of the groundwork and opened some doors for us to have these opportunities today.”

That’s the message both the Argonauts and the Argonauts Alumni Association want to get out to all former players, whether they played one game or one decade, that they are encouraged to reconnect with the organization. If you are, or know a former Argo who is not currently involved with the Association, have them contact the club and they’ll be informed on how to reconnect.