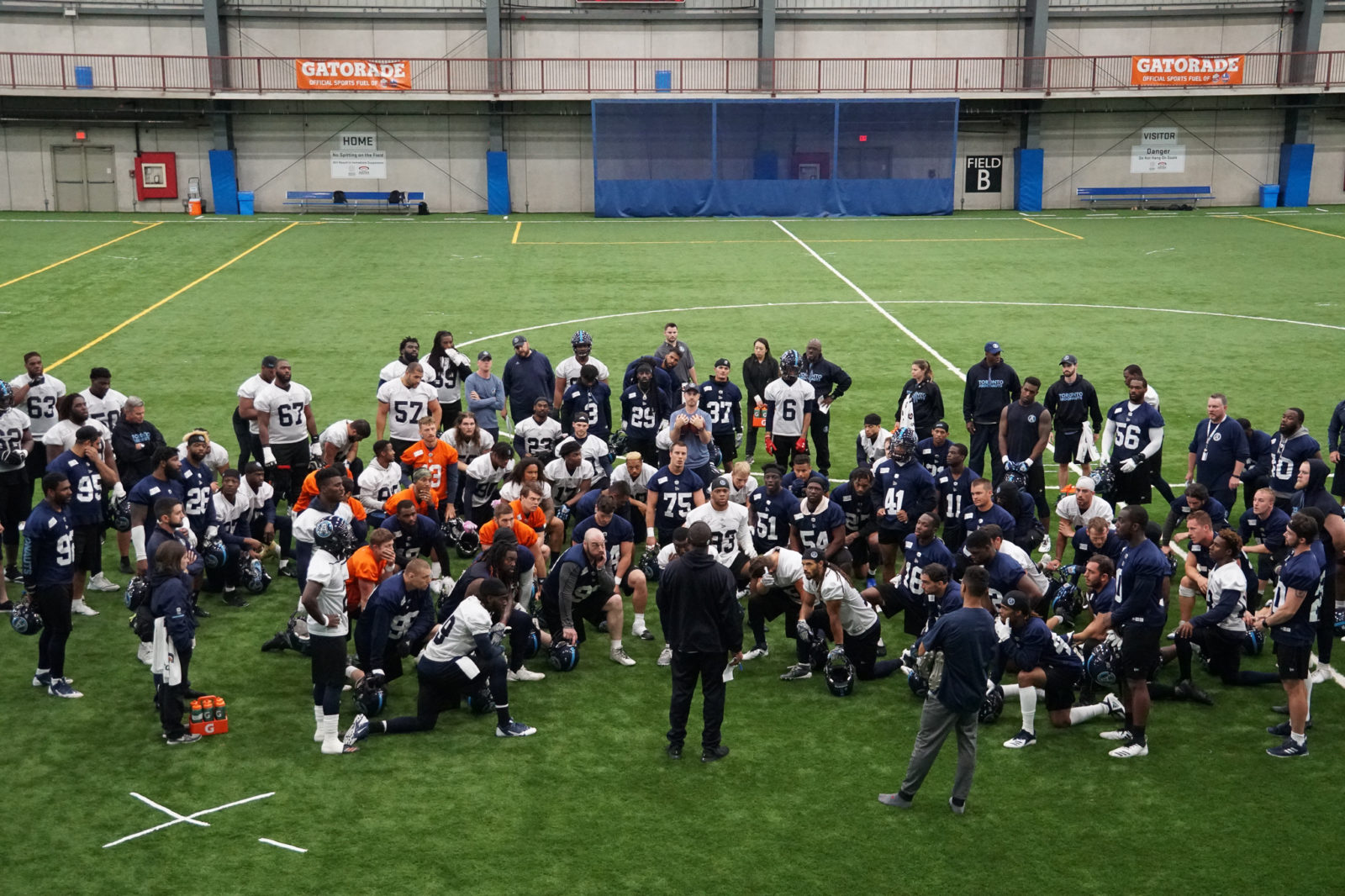 This season Argonauts.ca’s Mike Hogan will provide you with an update on the roster the day before each game. Who is in, who is out, and the reasons why.

Pre-season games serve a purpose, to get a look at players in game situations. Corey Chamblin will dress as many players as possible to give them the opportunity to get into regular-season mode.

All six quarterbacks will see action. James Franklin, McLeod Bethel-Thompson, Brandon Bridge, Dakota Prukop, Michael O’Connor and Noah Picton will all take snaps from centre, though they won’t get equal playing time. Coach Chamblin would not reveal what his rotation will be, part of the reason being that the flow of the game will help dictate when the switches will be made.

The offence is remarkably healthy right now, so everyone on that side of the ball will see game time. It will give fans the chance to see newcomers like Derel Walker, Tyrell Sutton, Mercer Timmis, Chris Rainey, Regis Cibasu and Kurleigh Gittens Jr. Keep an eye on Chandler Worthy, who has been having an exceptional camp.

Defensively there are some injuries, but there are enough healthy bodies available to not wear anyone out. 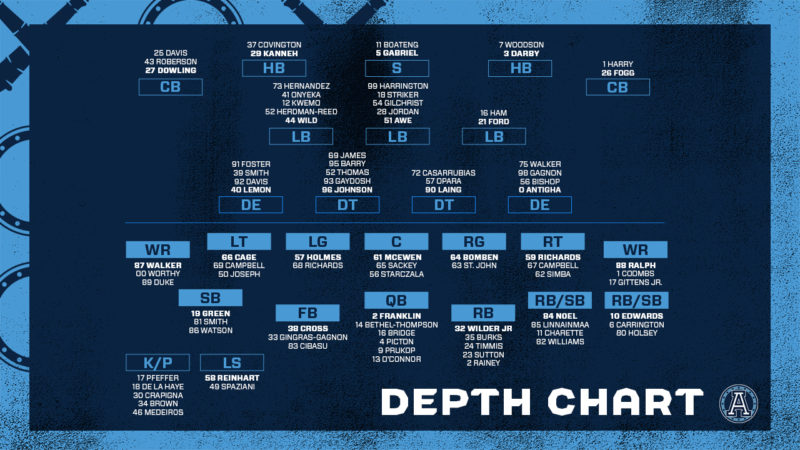 As of Wednesday, linemen Frank Beltre, Jeff Finley and Ken Bishop are not expected to play. Last year’s Argo Rookie-of-the Year, defensive back Trumaine Washington, and fellow secondary member Matt Webster will also miss the game. None of these appear to be too serious. Finley’s rehab is coming along nicely and he’s just a couple of weeks away from being able to run again after his off-season surgery.

The Argos still have five kickers on the roster and all will see action on Thursday. Not every kicker will get a chance to do everything, but the punting, place-kicking and field goal duties will be divided up. The competition between Ronnie Pfeffer, Zack Medeiros, Drew Brown, Tyler Crapigna, and Donald De La Haye has been one of the more intriguing ones at camp.

There are a handful of players who will handle returns, including free-agent acquisitions Rainey and Fogg.

There will be no broadcast of the game. For live updates follow the team on social media @TorontoArgos for updates and highlights.