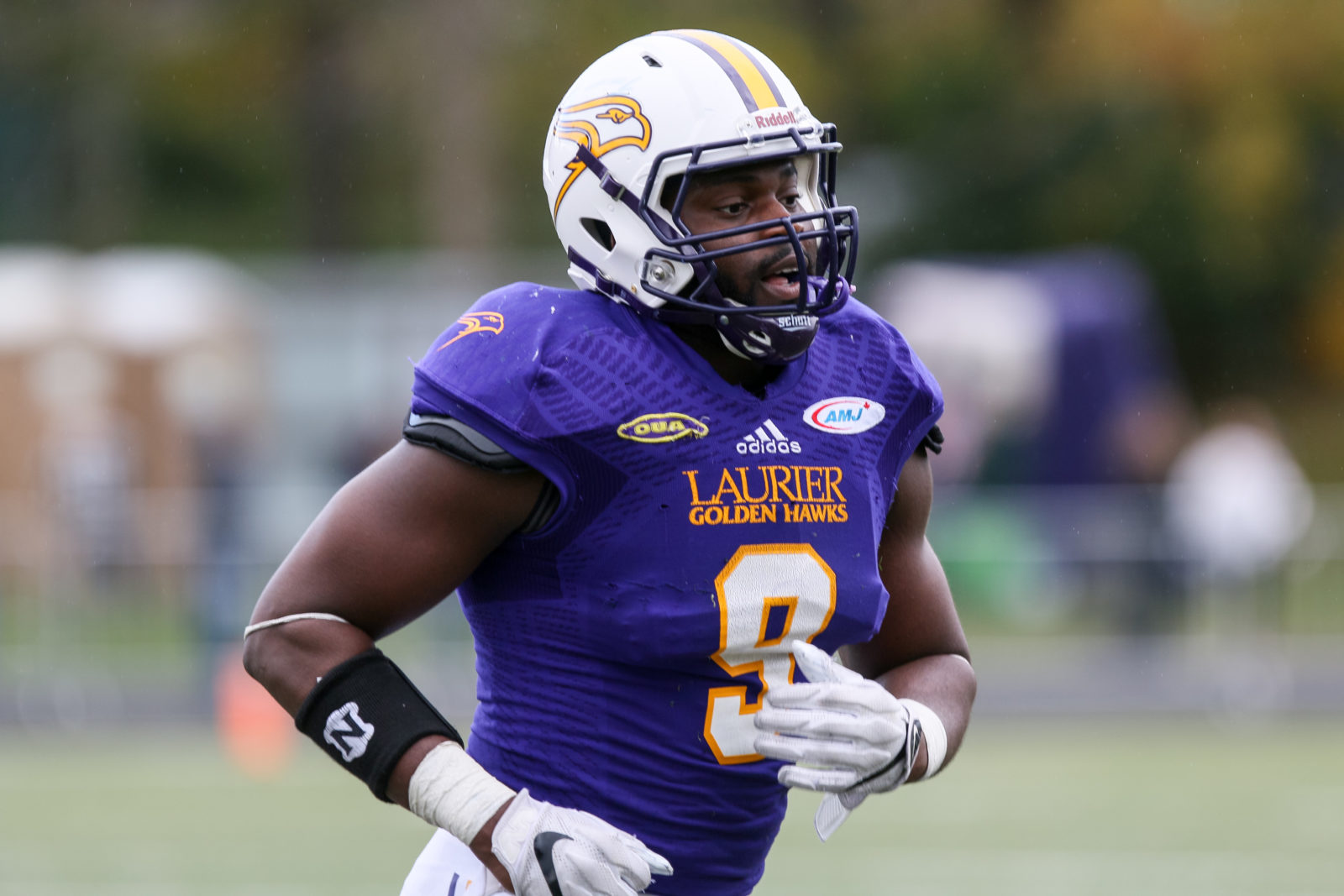 TORONTO – The Toronto Argonauts added to their Canadian content this evening with ten picks in the 2019 CFL Draft.

Shane Richards, 23, played in 12 games over three seasons at Oklahoma State (2016-2018), which includes a redshirt season in 2017. The Jamaica native started games at both right guard and right tackle during his senior season, leading the Cowboys to a Liberty Bowl victory over the Missouri Tigers and being named a Second-Team Academic All-Big 12 Honouree. The 6’6, 335-pound lineman, who attended high school in Calgary where he was a three-time All-Star, started his college career at New Mexico Military Institute playing 15 games over two seasons (2014-2015) along the offensive line for the Broncos.

Robbie Smith, a Brampton native, spent four seasons at Wilfrid Laurier University (2015-2018) where he racked up 48 tackles, 14.5 sacks, four forced fumbles, and six pass knockdowns over 30 career regular-season games. The 6’2, 240-pound defensive lineman was named a second-team OUA All-Star in both 2017 and 2018. 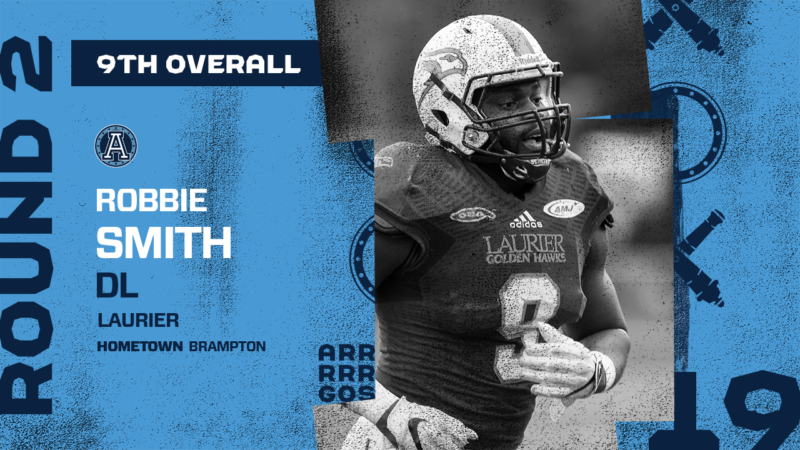 Matt Boateng, 5’10 and 171-pounds, spent 2018 at Fresno State University, appearing in 14 games and recording three tackles and one pass deflection. Before his time with the Bulldogs, the Toronto native played for a year at Arizona Western College in 2016, racking up 27 tackles, two interceptions and two knockdowns in 12 games after spending 2014 with the Kansas Jayhawks posting nine tackles, five knockdowns and two interceptions in eight games. 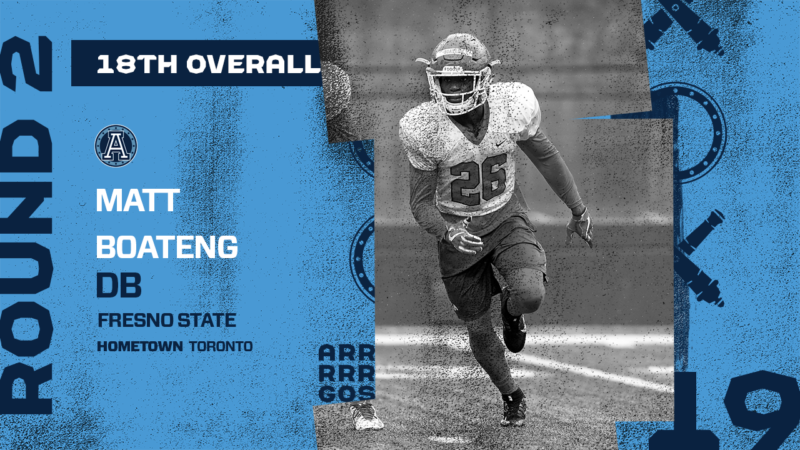 Michael O’Connor, the highest drafted Canadian QB since Jesse Palmer in 2001, spent four seasons at the University of British Columbia (2015-2018) after redshirting at Penn State in 2014. The 6’5, 235-pound QB completed 1,057 passes for nearly 14,000 yards and 87 touchdowns in 44 career games for the Thunderbirds. The Ottawa native led UBC to a Vanier Cup championship in 2015 and was named the game’s MVP after throwing for 389 yards and a touchdown. 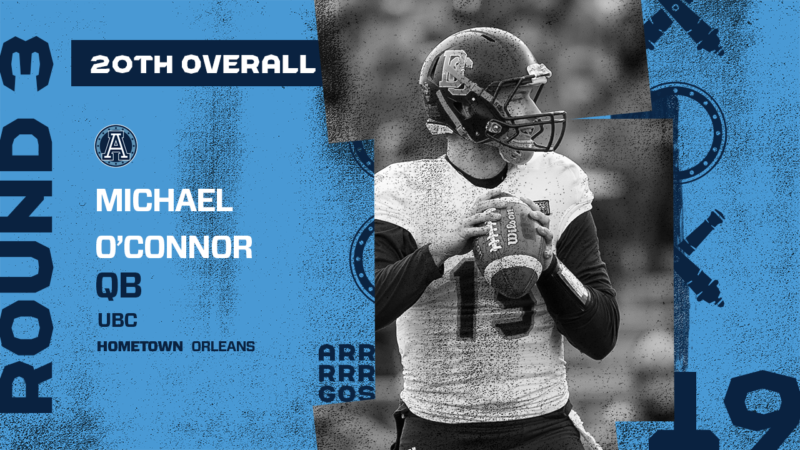 Kurleigh Gittens Jr., 6’0 and 191-pounds, played four seasons at Wilfrid Laurier University (2015-2018) tallying 200 receptions, 2,656 receiving yards and 15 touchdowns in 31 games in yellow and purple. The Ottawa native was also a weapon in the return game compiling over 1,000 yards in punt and kick returns with three return touchdowns in his career. Gittens Jr. was named OUA MVP in 2017 after hauling in 75 receptions for 953 yards and six scores. 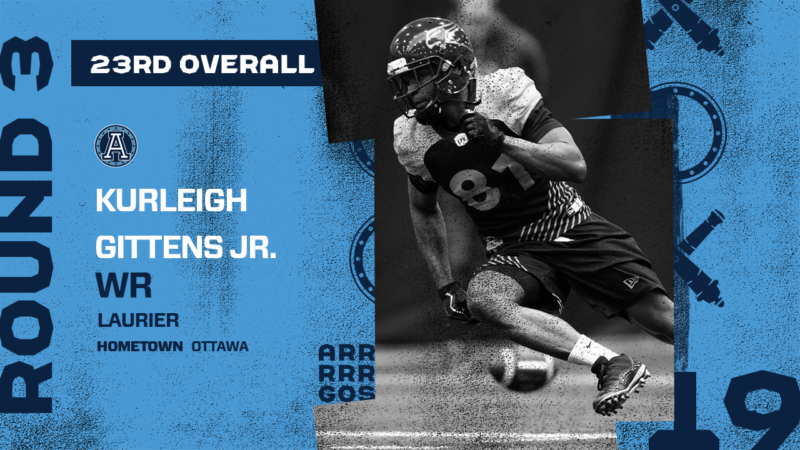 Maurice Simba, a native of Congo, played four seasons on the offensive line at Concordia University where he was a two-time RSEQ All-Star and Second-Team All-Canadian in 2017 for the Stingers. The 6’8, 323-pounder was the first Canadian to ever play in the NFLPA Collegiate Bowl when he participated in January of this year. 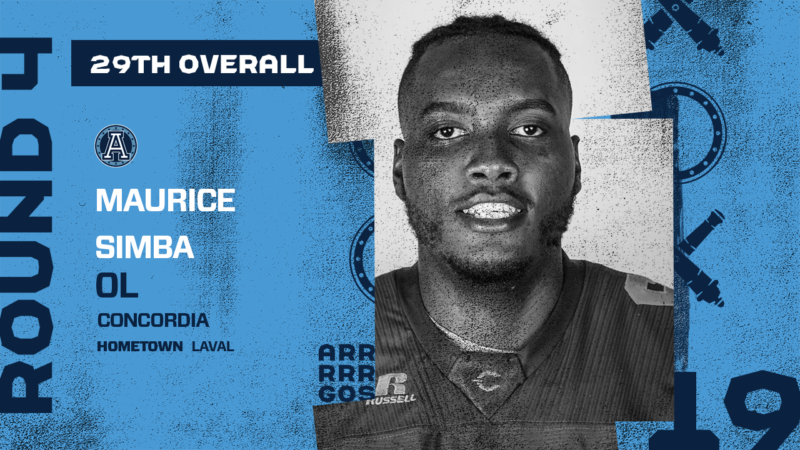 Jamie Harry, a Quebec native, spent four seasons at the University of Ottawa and added 70 tackles, 11 interceptions, one forced fumble and one sack in 16 career games. The 6’2, 217-pound DB was named a First-Team OUA All-Star in 2017. 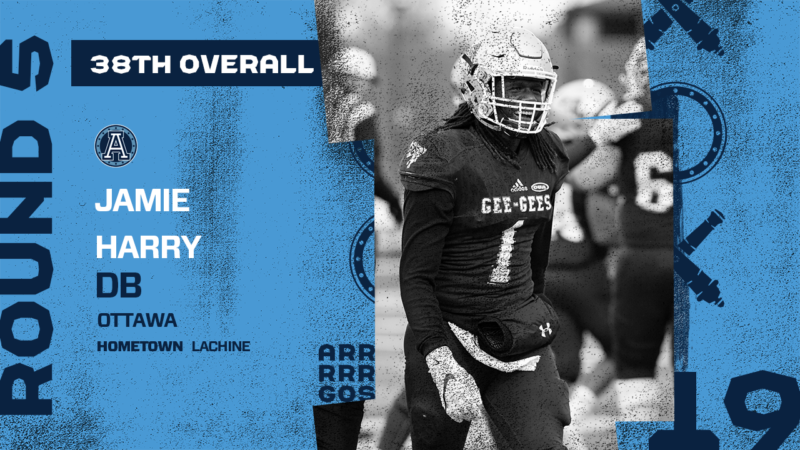 Joe Spaziani, a long snapper from the University of Virginia, played 30 career games over four years for the Cavaliers and tallied three total tackles and one fumble recovery. The 6’2, 215-pound long snapper is from Hingham, Massachusetts. 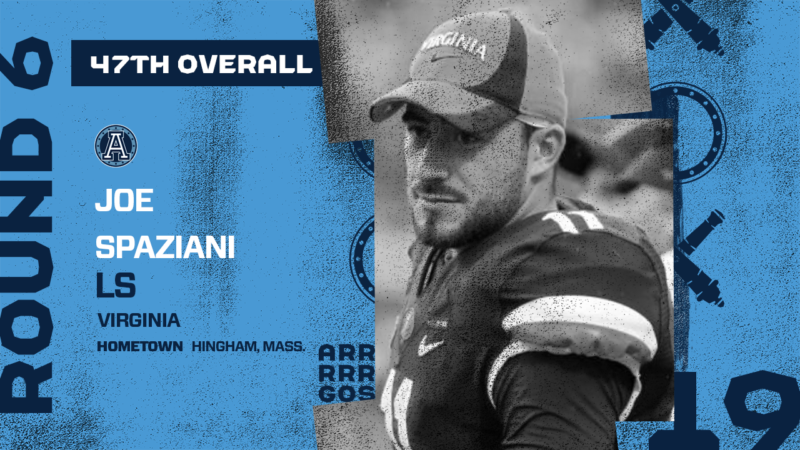 Phil Iloki, a four-year player at Carleton University, played 30 games for the Ravens racking up 89 receptions for 1,396 yards and 11 touchdowns. 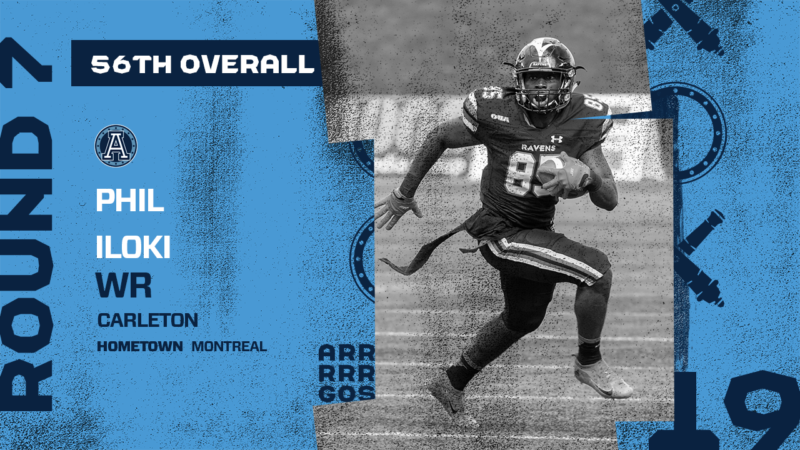 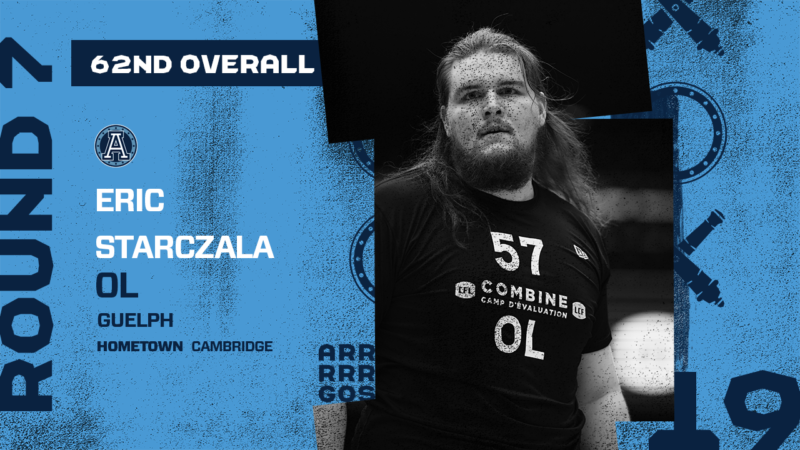