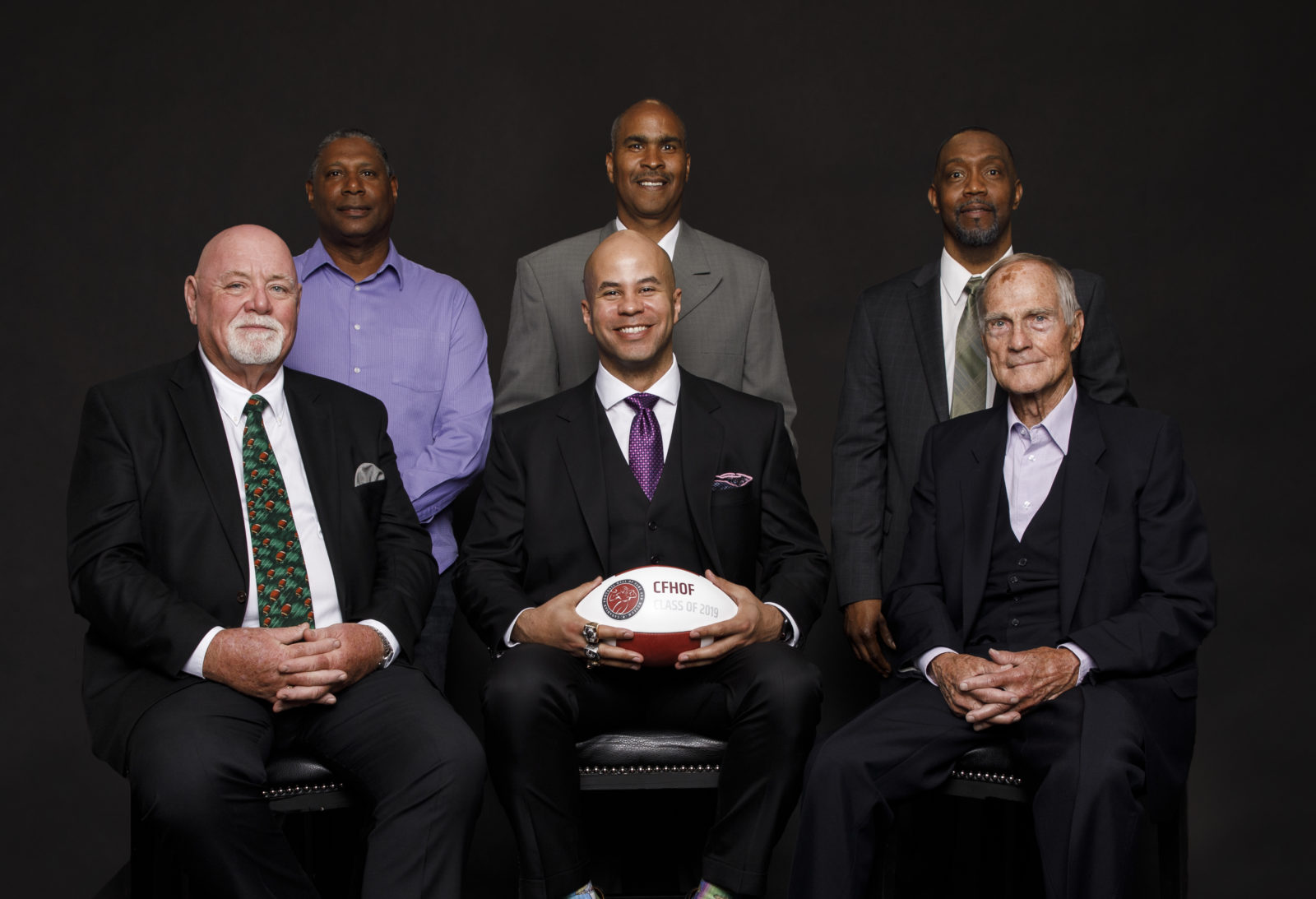 TORONTO – The Toronto Argonauts Football Club is thrilled to announce that two former receivers have been named to the Canadian Football Hall of Fame’s Class of 2019, Terry Greer and David Williams.

Greer is regarded as one of the best players in Argo history. The native of Memphis, Tennessee – a product of Alabama State University – spent all six of his CFL seasons in Toronto (1980-85), recording four 1,000-yard campaigns and was named an East All-Star in each of those years as well as a CFL All-Star in ’82-‘83. For the speedy receiver 1983 proved to be his most memorable season. Greer finished with 113 catches for 2,003 receiving yards, the first pro player to eclipse the 2,000-yard mark. Greer recorded three-consecutive games with at least 200-receiving yards, set a league record of 16 catches in a game (now shared by four players), averaged 125.2 yards per game (second all-time), and capped it off by helping the Argos win their first Grey Cup in 31 years. Over 82 games, Greer caught 404 passes for 6,817 yards and 47 touchdowns.

Williams, the League’s Most Outstanding Player with BC in 1988 after posting 83 receptions for 1,469 yards and 18 touchdowns, spent parts of two seasons in Double Blue (1991-92). The Los Angeles native was a four-time CFL All-Star (BC ‘88-’89, TOR ’91, WPG ’93) and two-time CFL All-Star (’88, ’93). Williams was acquired mid-way though the 1991 season and added even more firepower to the league’s eventual Grey Cup champions, scoring six touchdowns in seven games with Toronto. The receiver finished his Hall of Fame career with 439 receptions, 7,197 yards, and 78 touchdowns in 101 games played, including four 1,000-yard seasons. The University of Illinois alum was a two-time First-Team All-American for the Fighting Illini.

The Argonauts extend sincere congratulations to these two outstanding players.