O’Leary: New Argo Walker confident the best is yet to come 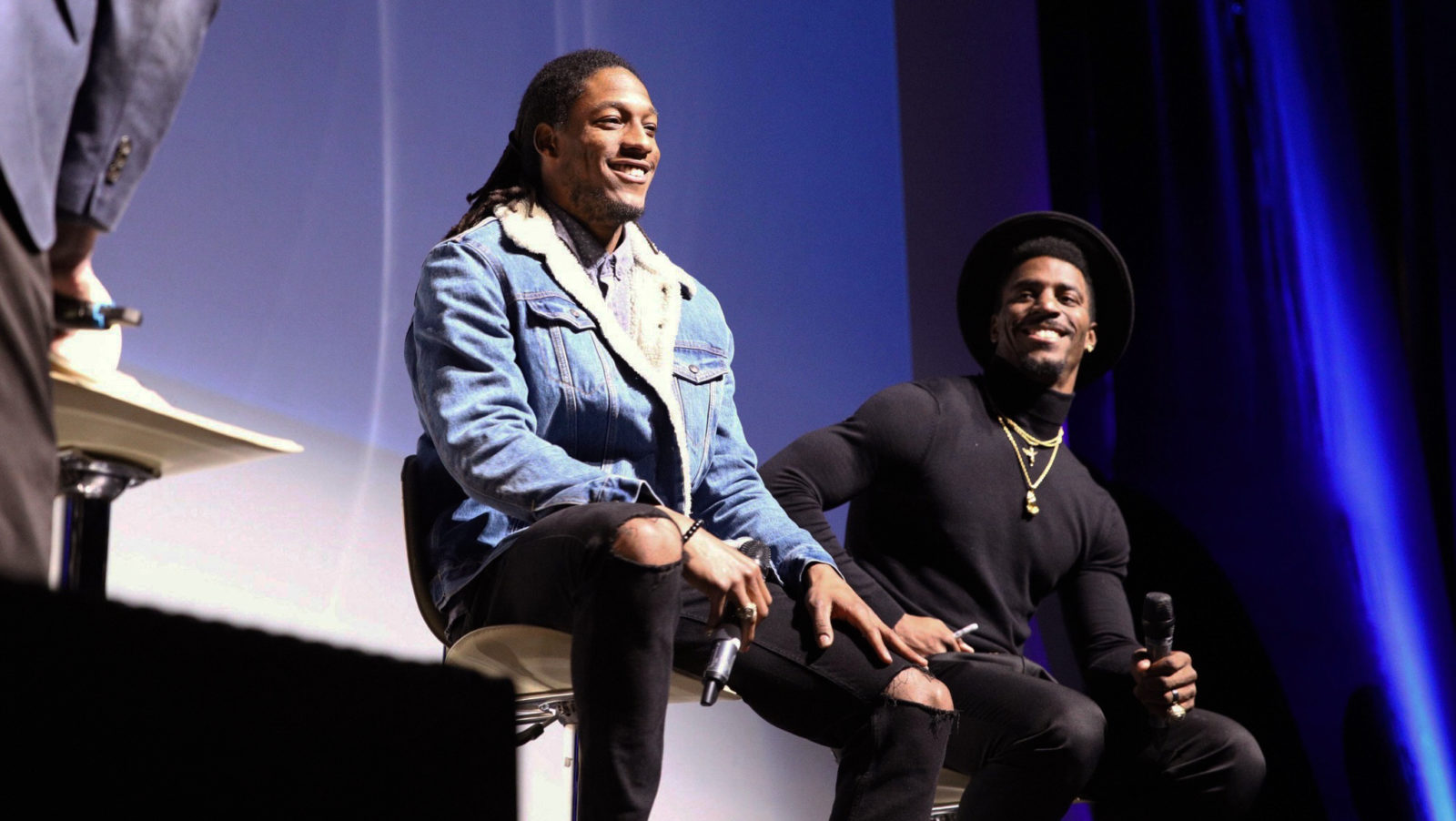 O’Leary: New Argo Walker confident the best is yet to come

You don’t have to talk with Derel Walker for very long before you notice it.

The star receiver — he had 875 yards in 11 games last year before a season-ending knee injury — is the definition of even keel. His stare stays fixed straight ahead as he speaks, his voice never wavers. He doesn’t club you over the head with the message, but it’s there if you pay attention to what that quiet, cool confidence is trying to tell you.

Derel Walker believes he’s the best and in 2019 he wants to prove it to you.

It was there when he was on the stage in front of an packed house at the Queen Elizabeth Theatre next to BMO Field for the Argo’s annual town hall. The 27-year-old was asked about the status of his knee and said he was fully healthy and would be back this year, better than he’s ever been. It didn’t take much to fire up a rowdy crowd of Argos fans, but that sparked an easily lit fire under them.

Then there’s the matter of how much he’s getting paid. 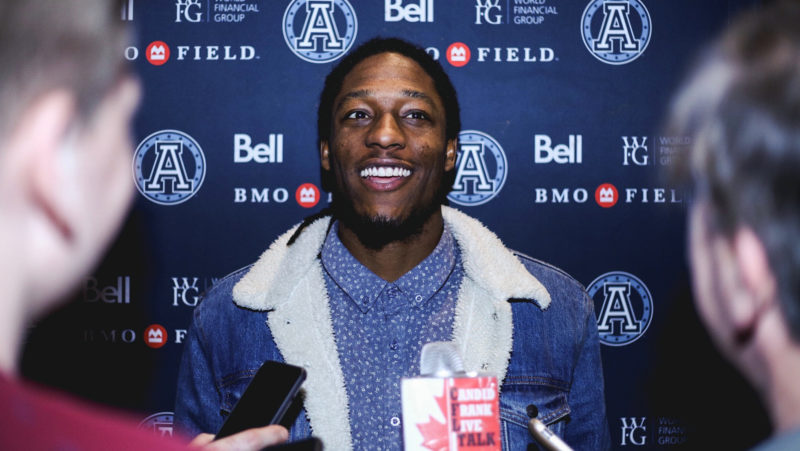 Normally, people tense up when dollar amounts come up; especially in the CFL.

But when Walker was questioned about being the highest paid non-quarterback in the league — he’s making a reported $275,000 on his one-year contract — he didn’t flinch.

“It says a lot about my hard work and dedication, how far I’ve come to get here,” he said.

“I’ve been through a lot of trials and tribulations. I’m just thankful to be in this position that I’m in. By saying that, I have to live up to those expectations and I’m definitely going to do that, for sure.

“I’m busting my butt to get better, to provide this team with a service that they need. I’m going all out which is what I do every year. Last year when I was in Edmonton, I was the highest paid receiver over there as well but the role over there wasn’t quite what I expected going into the season.”

He pointed out that in all of his time in Edmonton, he was never the first option in the receiving corps. He played behind Adarius Bowman, Brandon Zylstra and Duke Williams and was still named a CFL all-star twice. In Toronto, even with S.J. Green in the lineup he sees himself as a No. 1. The money would suggest that’s the plan for him this year.

“I’m going to bring a lot of confidence and tenacity with me for these other receivers as well. We have S.J. Green here, a veteran and he’s been doing it. I’m going to learn a lot from him.”

He leaves a disappointing season behind him in Edmonton, where that Esks team started out as a Grey Cup contender and ended up missing the playoffs altogether. He spoke with Mike Reilly before leaving Edmonton but knew with the type of contract he could command that he wouldn’t be able to head further West with him to BC. So he’s landed in Toronto with the other QB that’s played a big part in his career, in James Franklin.

“We came into the league together,” he said of he and Franklin’s relationship.

“From mini-camp to training camp, to having a great rookie season together. Me and Franklin have a nice chemistry together, as far as him placing the ball in the perfect spot for me. One game as a rookie he threw me 14 targets. I was exhausted that game, but I didn’t complain at all.

“Frank’s a great guy, great quarterback, great person. I’m really looking forward to seeing him develop throughout this year and seeing if we can get this thing going again.”

They’ll need each other this year if they want to get past their respective disappointments from last year.

“That’s another reason I wanted to come here, was to come help him out. He’s a good friend of mine,” Walker said.

“Last year with him coming here, I was expecting him to play ten-fold, way better. Not to say he didn’t, but I have high expectations for Franklin. I’ve played with him.

O’Leary: Could Harris be the best Canadian to ever play in the CFL?