Hogan: How the Argos could line up on Offence 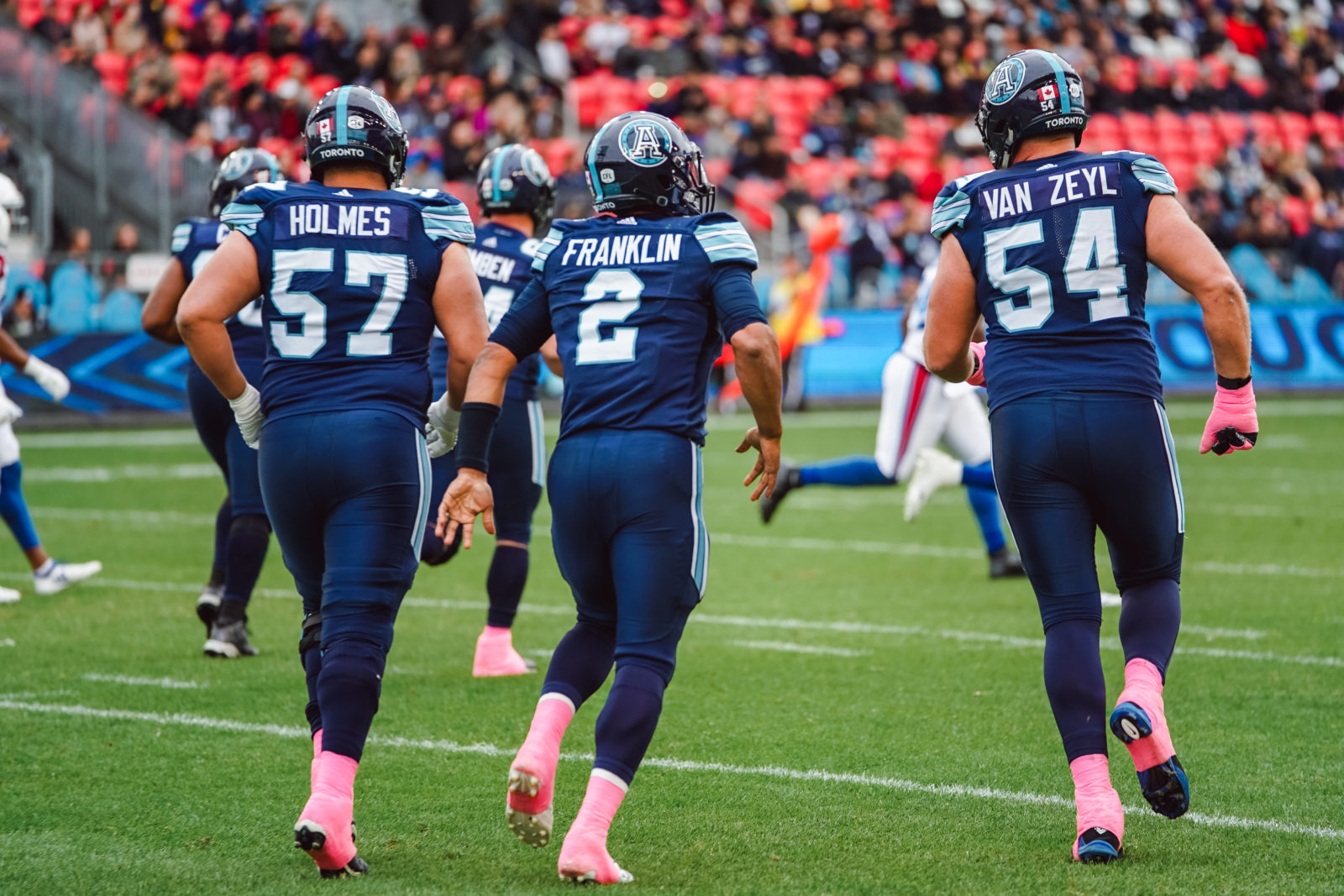 Hogan: How the Argos could line up on Offence

Editor’s note: This story was written prior to the signing of QB Brandon Bridge

With the major free-agent signings now complete, Argonauts.ca thought it was a good time to look at what the team looks like now. Things could change with more signings possibly to come before training camp, and the CFL Draft still a couple of months away.

First, a look at the offence. Defence and special teams will be examined in a future column.

There are four quarterbacks under contract. James Franklin is the presumed starter and all eyes will be on him at training camp to see how he fits into new Offensive Coordinator Jacques Chapdelaine’s system. There should be more opportunity for Franklin to stretch the field this year, especially with an old friend of his joining him on the offence, which plays into the QB’s skill set perfectly.

McLeod Bethel-Thompson will challenge Franklin for the starter’s job. Best known for leading the Argos to an incredible come-from-behind win over Ottawa last season, the Sacramento State product provides an experienced option should Franklin falter.

There are two other QBs in the mix. Dakota Prukop will return for a third season in Double Blue, while Noah Picton, the leading passer in U Sports history will also compete for reps.

Derel Walker was the best free-agent receiver on the market. He comes to Toronto and immediately provides the offence with an explosiveness it’s lacked. The former Edmonton star will be reunited with Franklin, his Eskies teammate and good friend. Opposing defences will have to constantly be aware of his presence, which means a lot fewer double teams for S.J. Green, who should benefit greatly from Walker’s arrival. Armanti Edwards will also see more space thanks to the depth of playmakers on offence.

The list of Canadian receivers is familiar. Anthony Coombs is back, as is Llevi Noel, who took full advantage of additional playing time in ’18. Malcolm Williams, Jimmy Ralph and Alex Charette are also returning for another season, while University of Montreal receiver Regis Cibasu – the Argos third-round pick in the 2018 draft – will try to crack the roster. He’s a physical presence at 6’3” and pushing 240 pounds.

Depending on how Chamblin and Chapdelaine decide to use the ratio, there may be another starting receiver job open to an International player. Rodney Smith, Mario Alford, Chandler Worthy, Cole Watson and Darren Carrington II all have varying degrees of experience with the Argos, while University of Buffalo grad Kamathi Holsey is the newcomer to this group.

There’s another first-year Argo who may fit into the receiving corps, or may be a part of the running back group, or most likely be a hybrid who will can line up virtually anywhere on the field. Chris Rainey was one of the Argos main targets in free agency and provides the Argos with a unique talent that will no doubt provide serious on-field mismatches.

The volume of quality running backs is staggering. James Wilder Jr.’s name still sits atop the depth chart, but there is no shortage of talent pushing him for playing time, including Rainey. Free agents Tyrell Sutton and Mercer Timmis join a group that includes returning players Dexter McCluster and Brandon Burks, along with newcomer Kelvin Taylor. This is one area the Argos should not have any concerns about heading into training camp.

Declan Cross returns as the starting fullback, who often lines up as a tight end. He’ll be backed up by second-year Argo Simon Gingras-Gagnon. 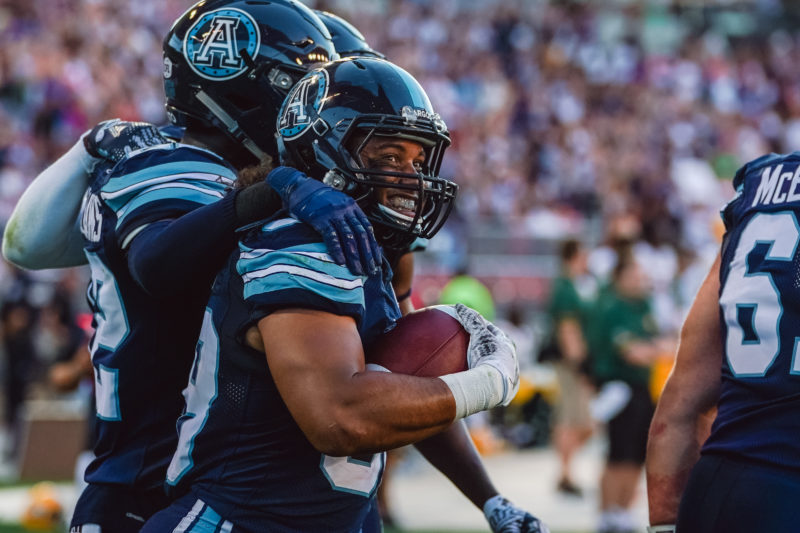 The members of the offensive line that finished the season are all back. Will Campbell and Isiah Cage are the imports and each had multiple starts at left tackle. The rest of last year’s starters also return; Sean McEwen at centre, Chris Van Zeyl at right tackle, and Tyler Holmes and Ryan Bomben at guard.

The cast of non-starting Canadians all return. J’Micheal Deane, Chris Kolankowski, Jamal Campbell and D.J. Sackey will all compete for playing time. Linden Gaydosh worked out with the offensive line at times last year, so he could be used as an emergency o-lineman, should he be needed in that role.

The Argos also will be keeping an eye on Ryan Hunter, their first-round selection in the 2018 CFL Draft. The 6’4, 325-pound lineman signed a futures contract with the Kansas City Chiefs, but there’s always the possibility that he becomes available.

This is an area where again, there may be an opportunity to start an additional International player. Ideally four Canadians once again win starting jobs, but the possibility of either starting Cage at tackle and moving Will Campbell to guard exists, as does bringing in another International lineman. It should provide for a fascinating battle at training camp.

This is simply a look at the Argos current situation with players who are under contract. There is still the opportunity to add players before camp begins, and the team also has the first and ninth overall picks in this year’s draft.

With the signing of Walker, Rainey, Sutton and Timmis, the offense has added some much-needed playmaking ability to the roster. Envisioning what this group will be able to do should excite even the most cynical of Argo fans.

Up next, a look at the defence and special teams.