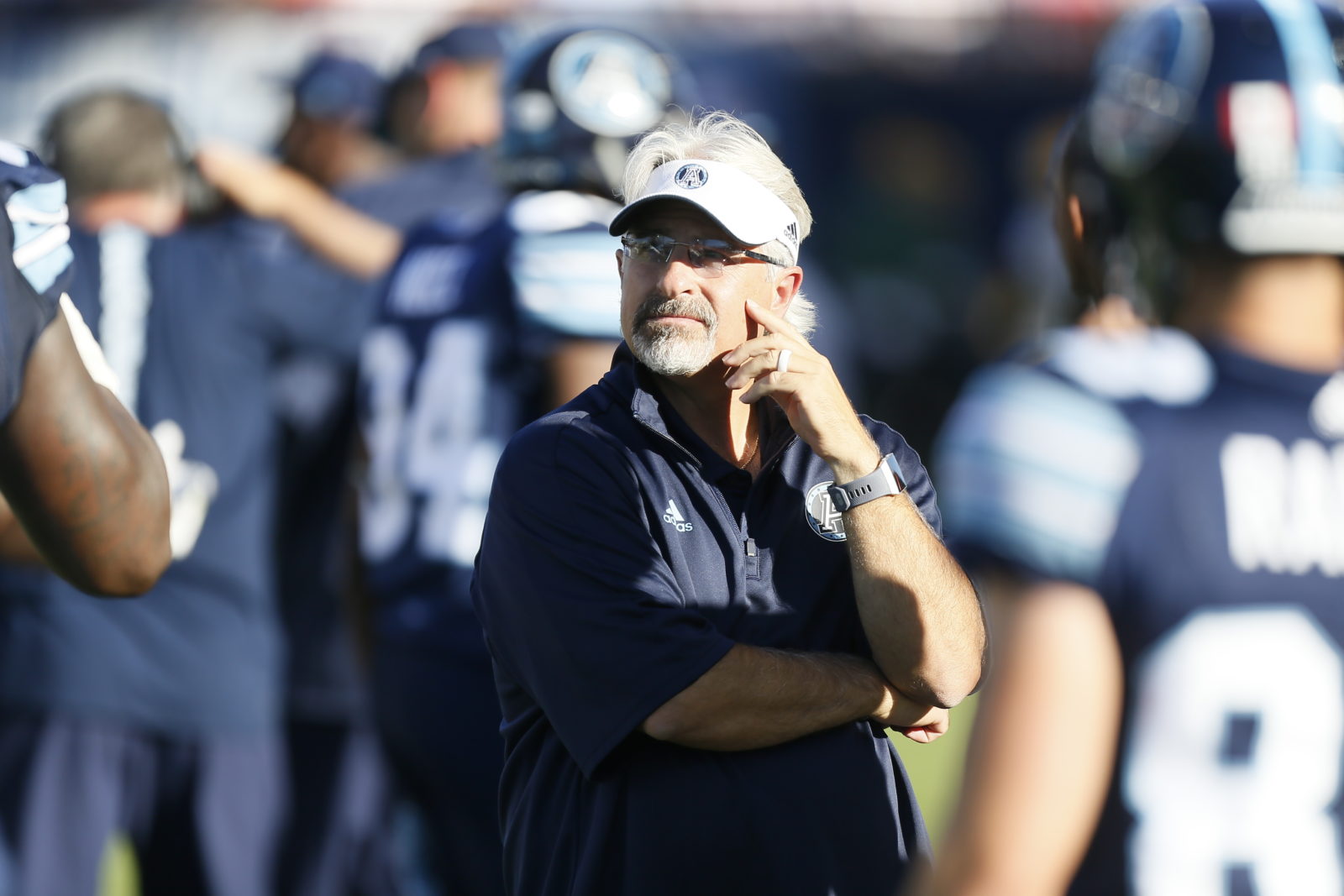 On Sunday night the CFL season officially ended. When the Calgary Stampeders walked off the field at Commonwealth Stadium with their bright shiny object in tow, it meant the Toronto Argonauts were finally on the verge of being able to do the most important thing they’ll do in the off-season, search for and eventually hire a new head coach.

That task became necessary when Marc Trestman was relieved of his duties in early November, following the Argos final game of the season in Ottawa.

CFL rules do not allow a team to interview coaches until 48 hours after the Grey Cup game, whether or not a coach’s team has been already eliminated from the playoffs. That means that Argo General Manager Jim Popp can start talking to candidates on Tuesday.

The rule was imposed during the tenure of former Commissioner Jeffrey Orridge in an attempt to keep teams from contacting coaches while they were still involved in the playoffs, giving everyone an equal opportunity to talk as soon as the championship game was over.

“I guess the theory is that all coaches have equal chances of being interviewed and talked to,” said Argos General Manager Jim Popp. “It’s delayed our process.”

The time period has allowed the veteran G.M. time to put together a list of people he’d like to approach. While he wouldn’t share any names with Argonauts.ca, he did explain what characteristics he’s looking for in a new head coach.

“It’s leadership,” Popp said without hesitation. “Being able to control a room and have a real presence. With these new (non-player salary cap) rules that are being implemented into our league and cutting staffs down, you’re going to have to have a coach that coordinates one side of the ball.”

Jim Popp loves talking about football. Whether it’s the game’s history or personalities, if you give him an opening he’ll take it. When given the chance to delve into the challenges of hiring a head coach, he was most definitely in his element.

“It’s not just about that person being a leader,” said Popp, continuing to peel layers off the onion, “Sometimes that’s just a chance you give somebody if they’ve never been a head coach, that’s the real risk you take. Sometimes, if a guy’s been a head coach then you ask yourself ‘will they be more successful the second time around?’ A lot of the greatest coaches never had great success their first time around, they learned from their mistakes.” 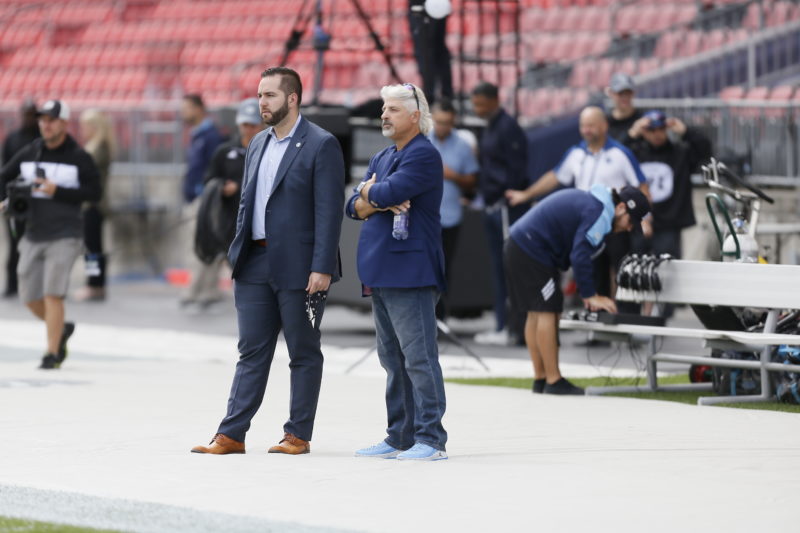 The G.M. mentioned on multiple occasions how important it was that the successful candidate would have to be able to put together a good staff.  He also let it be known that having CFL experience as a head coach or coordinator is also important.

“When you’re hiring someone outside of the CFL,” explained Popp, “Because there’s so many nuances to the league, understanding it, how to use your time outs, how to manipulate the ratio, how to understand the rules to the league, there’s so much learning to it. I think in our situation, because we’re rebuilding and we have been for two seasons, we won a Grey Cup the first year, but my view is that we’re probably have to stay within the CFL to find our coach. Not a guarantee, but someone who has had experience in this league whether they’re currently here or not.”

In prior seasons a new head coach would bring in his own staff. That’s now tougher if not impossible because of the salary cap system. If a coach leaves on his own, that salary comes off the books. If he’s relieved of his duties it counts against the cap, so a new coach is going to have to work with some, if not all of the coaches from the previous regime. That’s the situation Popp found himself in every time he stepped in as an interim head coach in Montreal, so he can relate first hand.

“It is different,” Popp told Argonauts.ca, “It’s not the most ideal situation. Because of all the new rules there’s going to be coaches on this staff that were here last year that are under contract. We’re not in a situation to let people go because it does count against the cap.”

Of last year’s coordinators, Defensive and Special Teams Coordinators Mike Archer and Kevin Eiben are under contract for this season, while Offensive Coordinator Tommy Condell is not.

Despite the new coach entering without the benefit of a blank slate, there are positives in keeping the staff in place, though there could be a shift in portfolios.

“Since in the CFL everybody knows each other they may know some of these coaches and it’s not as big a deal,” explained Popp. “For our team there’s a lot of familiarity. A lot of these coaches were part of our Grey Cup championship, so it’s not that we don’t have good coaches, it’s just getting them in the right situation. That will be on the head coach to talk to them.”

To summarize, if you’re a coach with strong leadership ability, have CFL experience, can coordinate one side of the ball, understand the nuances of the league, and are able to put together a good staff, though having to work with coaches already under contract with the Argos, you may be getting a call from Jim Popp in the not too distant future.