Argonauts unveil plans for pre-game rallies at the “Shipyard” 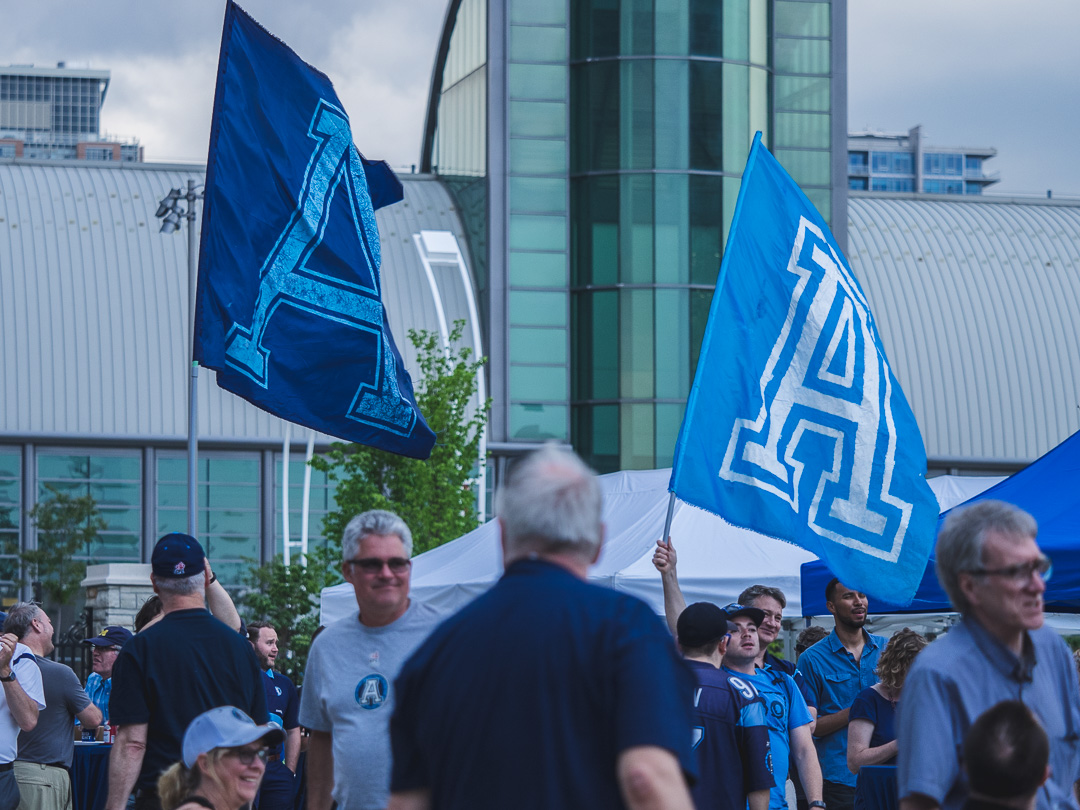 Argonauts unveil plans for pre-game rallies at the “Shipyard”

As the Grey Cup Champion Toronto Argonauts prepare to defend their title in 2018, the team announced plans at its annual season seat holder Town Hall meeting for a number of new game-day elements including the Argos ‘Shipyard’ at Stanley Barracks, a pre-game rally for fans on the Exhibition Place grounds.

The Shipyard pre-game rallies are a new celebration event at each home game for Argo fans to come together to prepare to cheer their team on to victory with food, drink and musical entertainment. Argos alumni, team personnel, Argos cheerleaders, the team mascot, Jason the Argonaut, and an Argos Marching Band will join the festivities to help create the ultimate pre-game party.

The first 6,000 fans at the Argos Shipyard pre-game rally for the team’s home opener on June 23 against the Calgary Stampeders will receive a replica of the Argos’ stunning 2017 Grey Cup Championship ring.

Located in the Stanley Square and Gardens, surrounding the Stanley Barracks and just steps to BMO Field, this new and immaculately restored event space will provide a historic and unique backdrop for Argo fans to prepare for the game and march to the game together.

“As we looked at delivering the best experience for our fans, we identified early on a need to address ticket pricing but also to create an energetic in-game stadium experience and traditions that could bring all fans, young and old, together,” said Bill Manning, President of the Toronto Argonauts. “The ‘Shipyard’ pre-game rallies can be an important part of those traditions for families to celebrate their team and the CFL experience together.”

As part of a focus on building the best in-game experience in the CFL for fans, the Argos are working closely with the game operations departments for the Toronto Maple Leafs, Toronto Raptors and Toronto FC to add a number of game presentation elements at BMO Field, including the ‘Double Blue Crew’, a new promotional team in the stands, new in-game hosts, interactive rituals and an Argos Spirit Band that is 200 members strong.

Single game tickets for all 2018 Argos games are now on sale, for as low as $19 per game, by visiting Ticketmaster.ca or 416-341-ARGO (2746). Fans can visit Argonauts.ca for more information on Argos season seats, available for as low as $15 per game, or $159 for the season including playoffs.