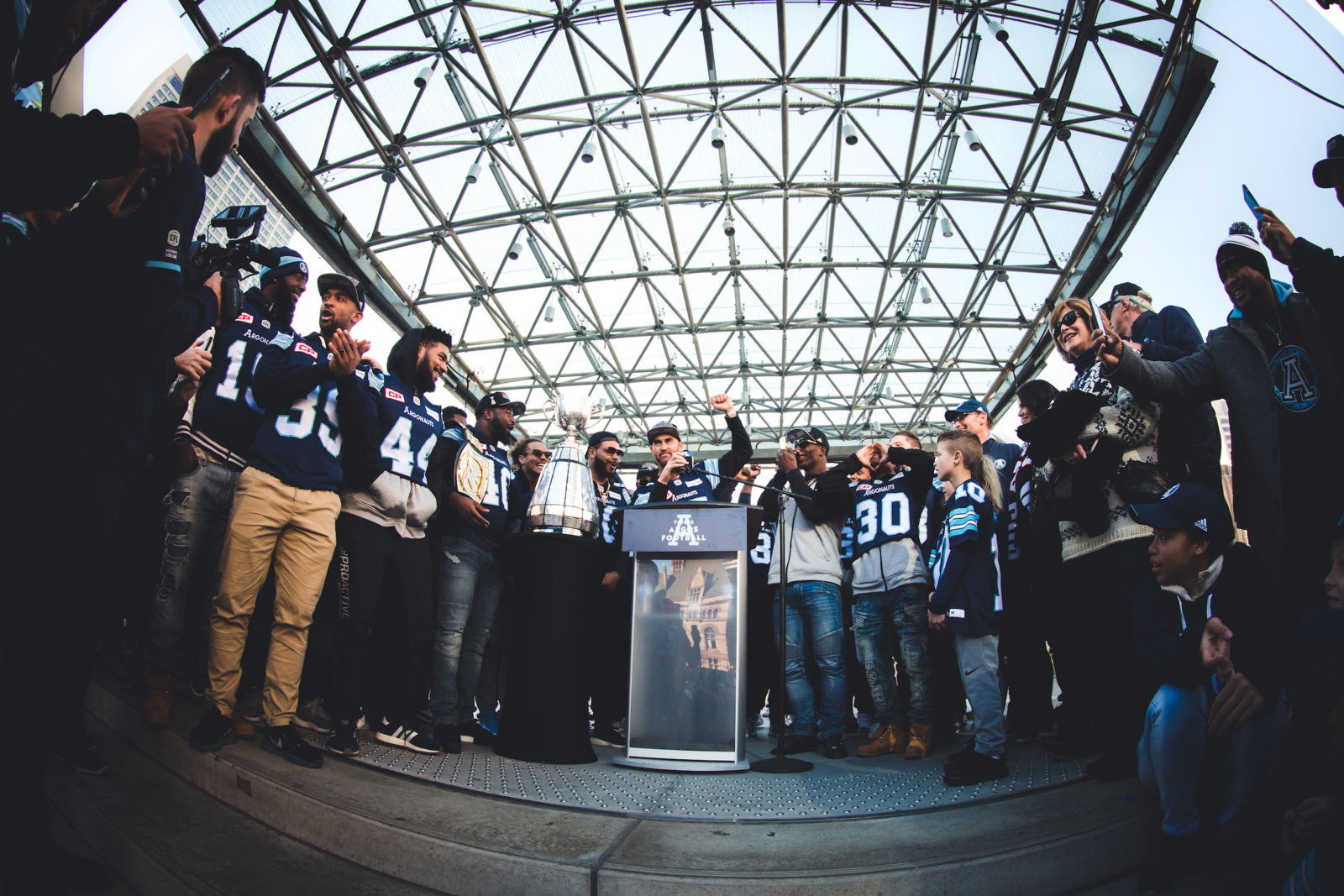 Ricky Ray (15) and teammates of the Toronto Argonauts at the Nathan Phillip Square in Toronto celebrating with the fans of Toronto their win of the 105th Grey Cup. Tuesday, November 28, 2017. (Photo: Johany Jutras)

Crowned CFL champions at the 105th Grey Cup on November 26, the Argos are currently jointly owned by Bell Canada and the Kilmer Group. Financial terms of the MLSE acquisition, expected to close in January 2018 pending approval by the CFL Board of Governors, were not disclosed.

Joining MLSE brings numerous advantages to the Argonauts, including financial scale and promotional, ticketing and other operational synergies. The Argos play at BMO Field at Toronto’s Exhibition Place, which is operated by MLSE and also serves as home to another MLSE team, Toronto FC of Major League Soccer (MLS).

“Under its current ownership, a transformed Argonauts football club enhanced its presence and fan base in Canada’s largest sports market and ultimately marched to the CFL Championship,” said Michael Friisdahl, President and CEO of MLSE. “We look forward to building on the Argos’ strong momentum as we welcome the team to the leading provider of sports and entertainment experiences in Canada.”

“Everyone at the Argos organization is proud to have delivered the Grey Cup to our fans in what was truly a game for the history books. It’s been an exciting time of renewal and accomplishment for the Double Blue and I speak on behalf of all of us at the organization when I say how excited we are to now be joining forces with MLSE, Canada’s top sports company,” said Michael Copeland, President & CEO of the Toronto Argonauts.

“On the heels of a stunning Grey Cup showdown with the Calgary Stampeders that highlighted the sheer excitement of Canadian football, we’re thrilled that the Argonauts will be joining the MLSE roster,” said Randy Ambrosie, Commissioner of the Canadian Football League. “We welcome MLSE to the CFL and look forward to working with them to further enhance the experience for Canadian football fans.”

Founded in 1873, the Toronto Argonauts are North America’s oldest continuously operated professional football club and the oldest pro sports team of any kind on the continent that still operates with its original name. The Argonauts have won the CFL championship game a record 17 times, most recently at the 105th Grey Cup earlier this year. The team was founded by the Argonaut Rowing Club, which owned the club for its first 83 years.