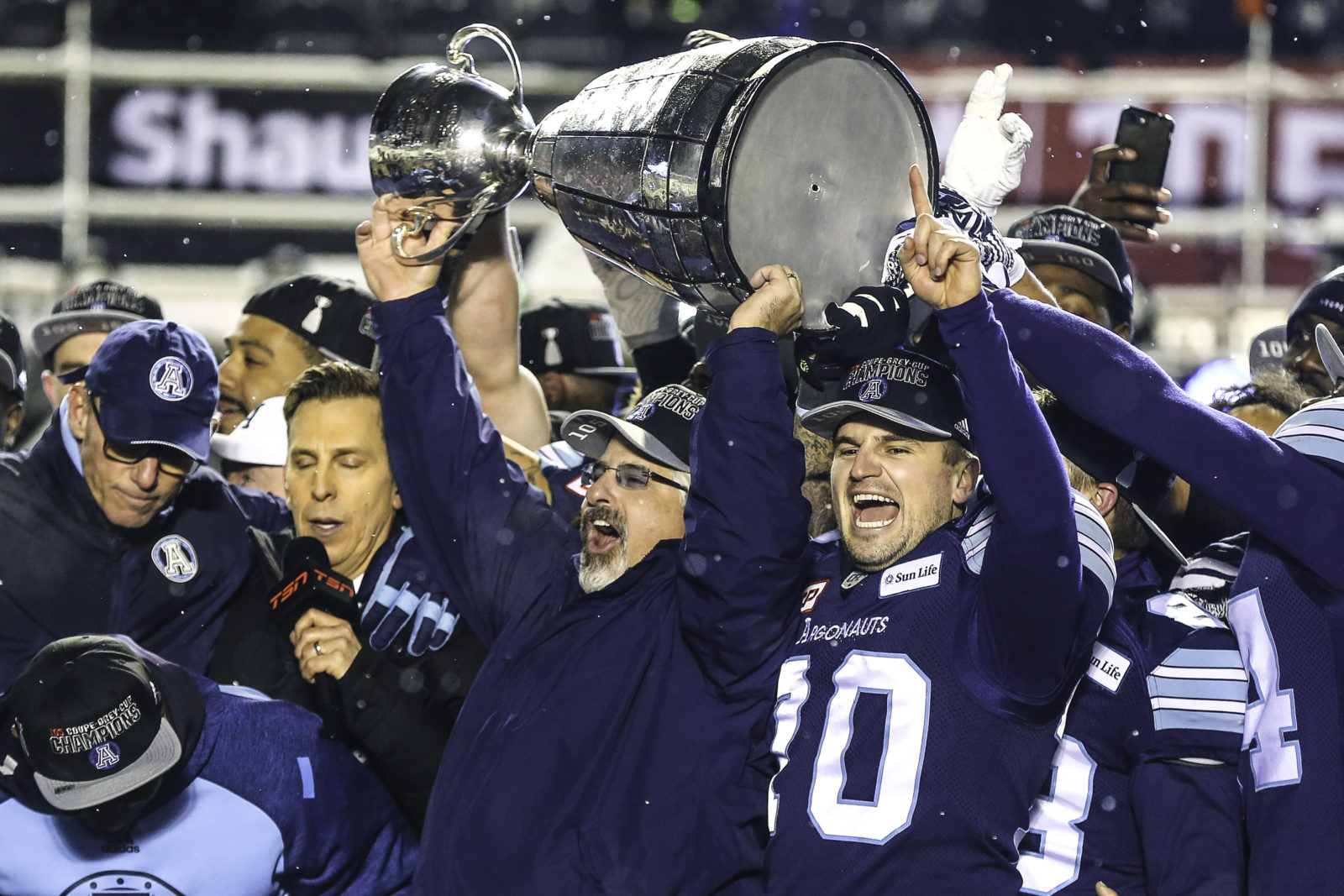 OTTAWA – The Toronto Argonauts Football Club were crowned the 105th Grey Cup Champions on Sunday night after a thrilling 27-24 victory over the Calgary Stampeders at TD Place in Ottawa, ON. The win marks the club’s 17th since 1914 and improves the team’s record to 3-1 vs. Calgary in the Grey Cup.

15-year veteran Ricky Ray earned his fourth Grey Cup, becoming the winningest starting quarterback in Grey Cup history. After posting one of his best career seasons in 2017, Ray finished the night with 297 yards and a touchdown on 19 completions. The East Division All-Star now sits second all-time in passing yards in the Grey Cup with 1,512.

DB Cassius Vaughn added to Argos historical night as he helped turn the tide to tie the game with 109-yard fumble recovery in the fourth quarter. Vaughn’s touchdown now stands as the longest fumble return to be recorded in the Grey Cup.

Argos General Manager and Head Marc Trestman earn their third Grey Cup together. The Championship Tandem has now hoisted the Grey Cup in 2009-10 and 2017.