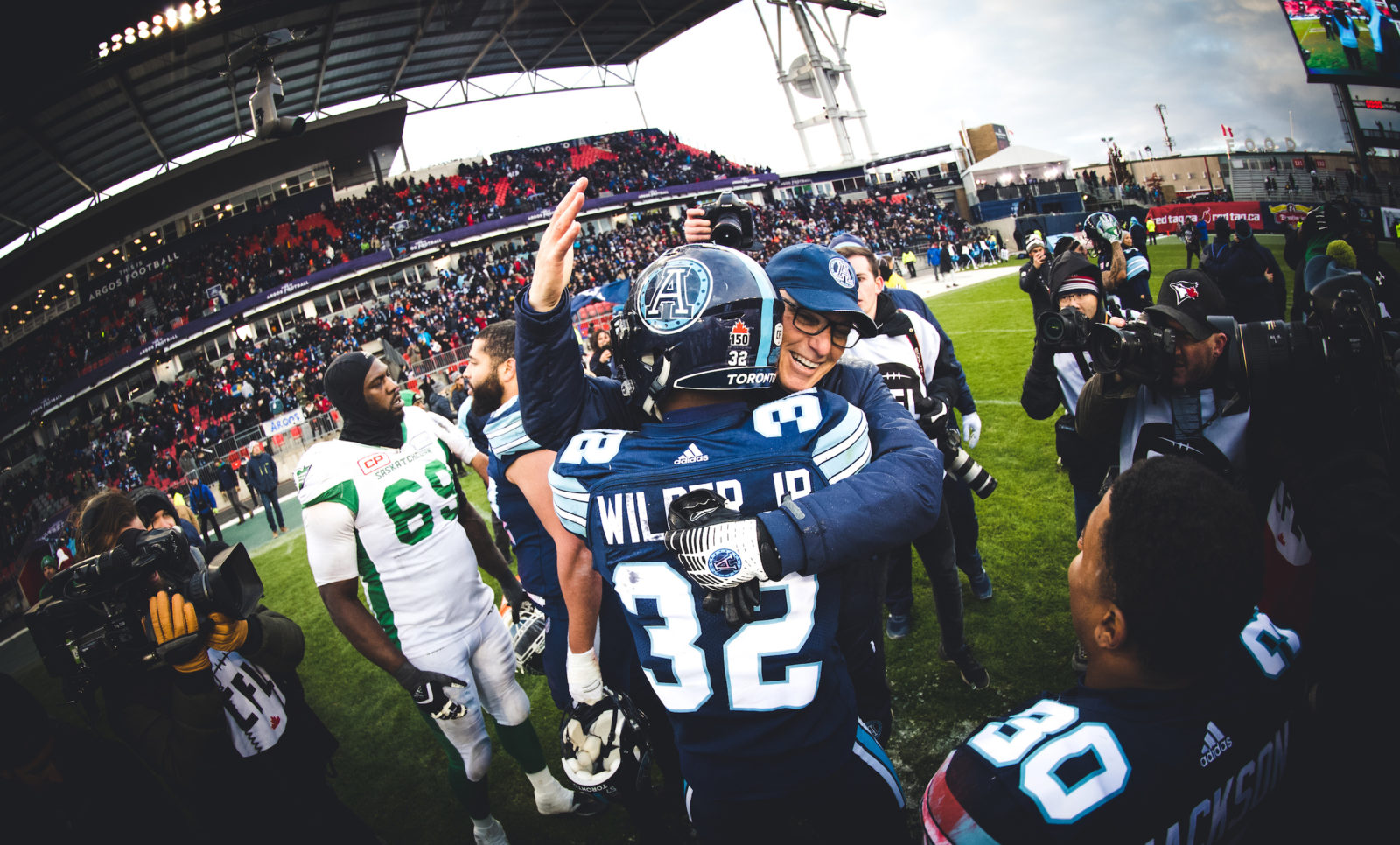 The Toronto Argonauts have clinched a berth in the 105th Grey Cup in Ottawa with a 25-21 home win over the Saskatchewan Roughriders on Sunday afternoon.

The Argos defensive unit was the driving force against the Riders on Sunday, forcing four turnovers and recording four sacks in the game. 17 of Toronto’s 25 points came as a direct result of forced turnovers, including a pick-six by first-year linebacker Terrance Plummer.

After Ricky Ray led the offence on a 10-play, 68-yard scoring drive to take the lead late in the fourth, defensive back Akwasi Owusu-Ansah sealed the deal with a forced and recovered fumble.

Next Sunday’s Grey Cup will be the team’s first since winning the 100th Grey Cup on home turf in 2012 and the 23rd all-time appearance in the big game. The last time the team played a Grey Cup in Ottawa was in 2004, resulting in a 27-19 win over the BC Lions. In 22 previous Grey Cup games, Toronto owns a 16-6 record.

The Argos will face the winner of the West Division Final between the Calgary Stampeders (13-4-1) and Edmonton Eskimos (12-6-0) in next Sunday’s championship game.