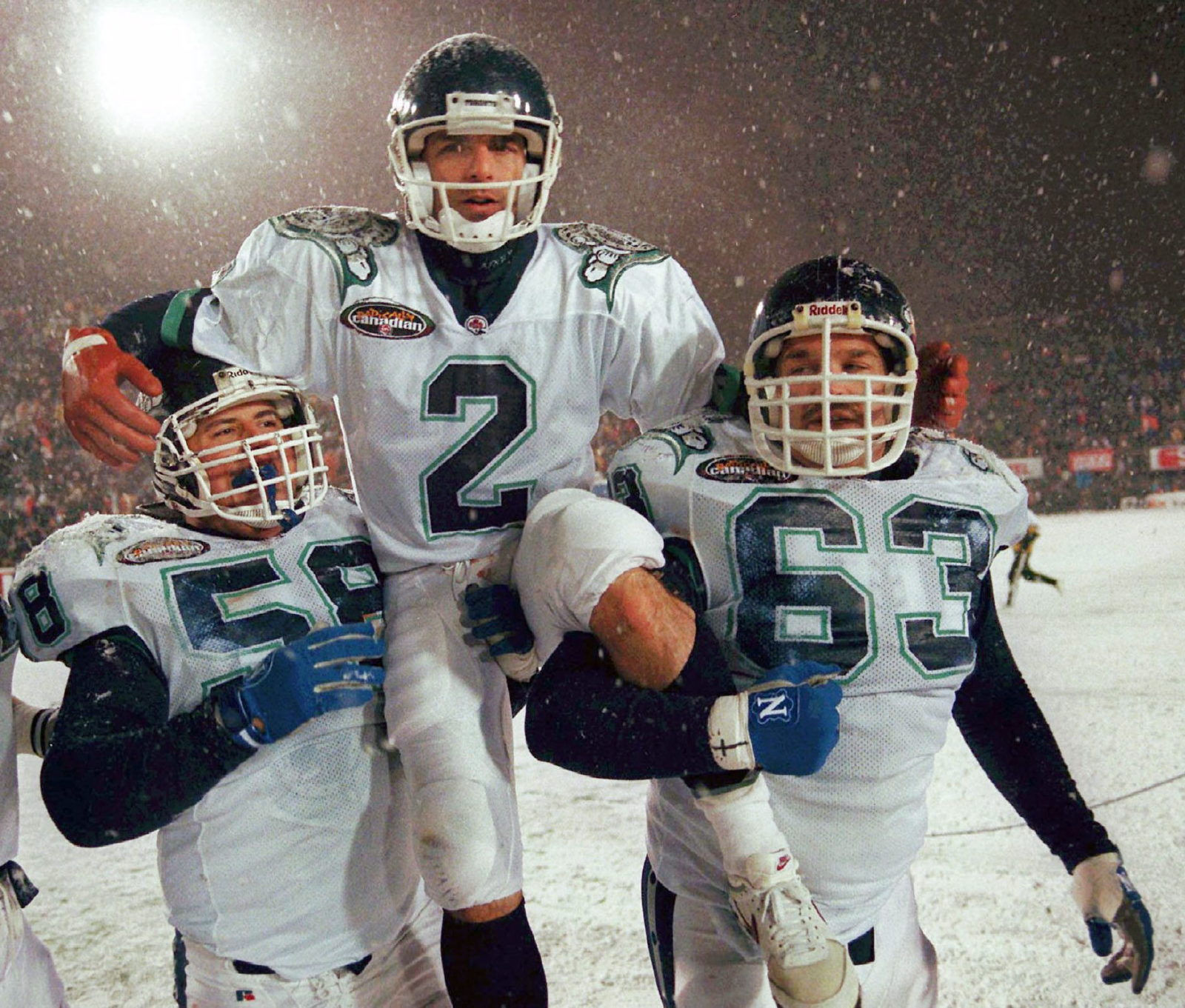 “It was one of the greatest games I’ve ever seen.”

The final score may not have favoured Marc Trestman’s team that night, but he was on the sidelines for one of the most memorable plays of all time.

On November 23, 1984, an undersized quarterback from Boston College secured the Heisman Trophy, as well as a place in football history, when he completed a 48-yard Hail Mary pass that would be remembered forever.

Doug Flutie’s miracle pass to Gerard Phelan on the game’s final play gave the Eagles a 47-45 over the defending national champions from the University of Miami. The Hurricanes had Bernie Kosar at QB, who threw for 447 yards himself, a fact mostly forgotten in the ensuing years.

“It was a rainy night, it was not windy,” recalled Trestman. “It was just a magical event between Bernie and him, back and forth, I think there were close to a thousand yards in offence that night.”

The two QBs would combine for 919 yards through the air, but it was the pass that came to be known as the “Hail Flutie” that captured the public’s imagination. It even inspired a statue of the future Argonaut outside BC’s Alumni Stadium.

Flutie, Kosar, and Trestman would all have impactful careers in pro football. The coach would become known as a “quarterback whisperer”, a term he cringed at when used in connection with his name.

“No, no,” said Trestman, “I would say that quarterbacks, if they’ve had success, I’ve been lucky enough to be around them.”

If that’s the case he’s been exceptionally fortunate over the years and is familiar with the minutiae of playing the position.

How would he describe his former NCAA opponent?

“He was a magical player,” Trestman said of Flutie. “He had speed and quickness and intangible, off-the-charts charisma that enabled him to overcome the height that he had. He was able to find throwing lanes and do the things that you have to be able to do to play the position.”

One of the great things about football is that athletes with different body types can find a place in the sport. Chris Van Zeyl is a foot taller and 120 pounds heavier than Martese Jackson, yet at times they’re in the same huddle.

The differences in style of play can also be dramatic.

Doug Flutie is in the Canadian Football Hall of Fame. Ricky Ray will join him after he retires. Both quarterbacks will be remembered for their exceptional careers, but couldn’t have played the position in more contrasting styles.

Ray is a tall, marginally mobile, drop-back passer who relies on precision. He’s won multiple Grey Cups and is one of the leading passers in league history. Flutie was an undersized, mobile QB whose improvisational skills were unparalleled. He also won numerous championships.

“Doug is just unbelievable”, Ray told Argonauts.ca. “Being able to move around and extend plays and pick defences apart and put up the yards and win championships, I mean that’s what it’s all about.”

Van Zeyl grew up on the Niagara Peninsula. The Fonthill native played his high school ball at Notre Dame in Welland, and it was just as he was beginning his days with the Fighting Irish that he watched Flutie play for the Argos.

“That was probably one of my oldest memories of watching CFL football was watching Flutie,” said the offensive lineman. “I remember him being one of the smaller guys on the field and I remember him moving around really well.”

A few seasons ago Joe Theismann addressed the Argos at a practice at the old Mississauga location. None of the players were old enough to have watched him play, yet they all knew about him from his days as a broadcaster on ESPN.

Van Zeyl says that Flutie has the same effect on this era of Argo players.

“It’s always pretty cool seeing him,” said a widely grinning lineman. “He’s a legend. You see Flutie, he’s just an iconic person. He’s one of those guys that you just want to go and shake his hand and bump shoulders with someone who is a legend.”

In many cases, the word “legend” can be thrown around too liberally. Not in this case though. It’s a perfect way to describe the quarterback, his contributions to the CFL and specifically to the Toronto Argonauts.

Flutie deserves to be among the “All Time Argos” and on Monday night will rightfully take his place among the greatest players in franchise history.