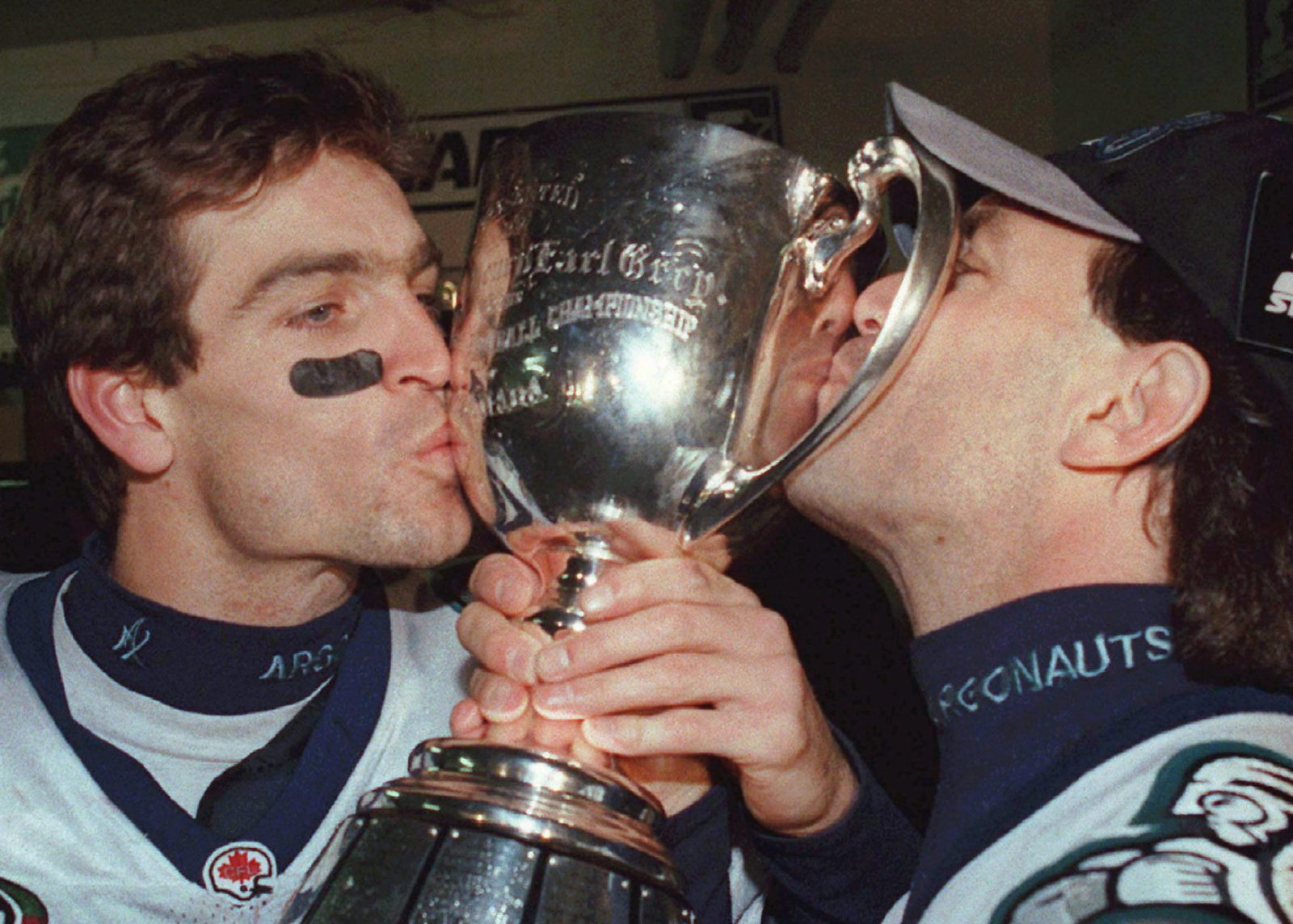 On July 24 when the Toronto Argonauts take on the Ottawa Redblacks at BMO Field for Monday night football, the Argos will celebrate the 20th anniversary of the ’96-’97 back-to-back Grey Cup championship teams.

More than 30 players, coaches, and staff from those teams will be celebrated throughout the game, including a special halftime ceremony.

To mark the occasion, the Argos are throwing back ticket prices with a special offer of two tickets for only $19.97. Fans in attendance will receive a Doug Flutie Bobblehead at the gates (while supplies last). The Bobblehead was modeled after the historic photo of Flutie wearing red glass cutter gloves during the ‘Snow Bowl’ Grey Cup in 1996 in Hamilton.

All alumni players from those teams attending the game will be signing autographs at The Shipyard located in the Ontario Place Parking Lot #2 from 5:30 pm to 6:30 pm. To access the Shipyard, fans must have a game ticket.