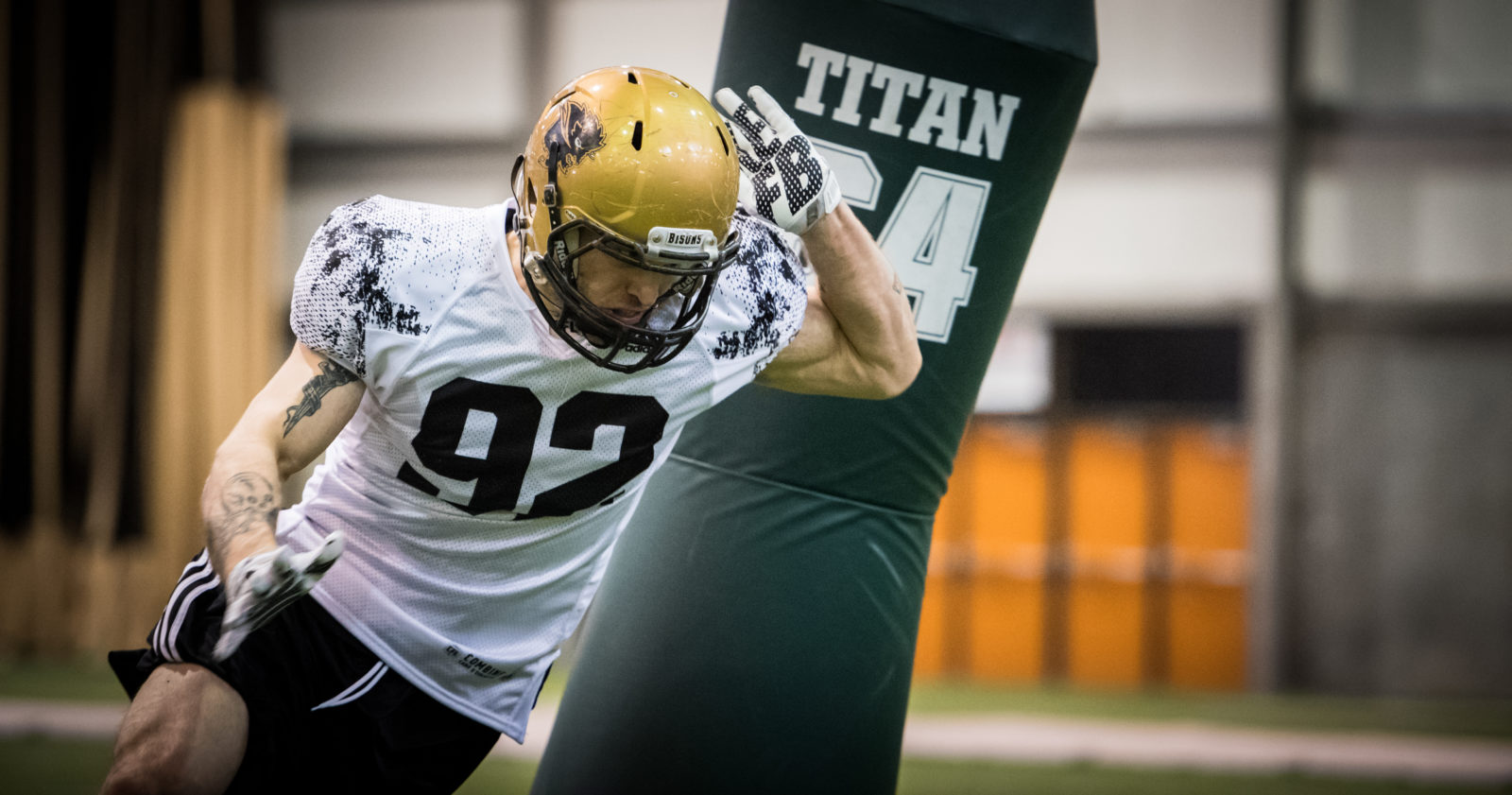 Woods, a 6-8, 324-pound native of Maple Ridge, British Columbia, played 37 games, starting in 34 consecutive, in four seasons at the University of Idaho. The 10th overall selection in the 2017 CFL Draft helped the Vandals have one of the most productive offences in the Sun Belt Conference and finish in the top 20-percent of the FBS. He was ranked eighth in the final CFL Scouting Bureau released on May 5 following his performance at the CFL Combine in March.

Foster, a 6-1, 245-pound native of Chilliwack, British Columbia, was selected in the third round (19th overall) by the Argonauts after playing three seasons at the University of Manitoba and one season with the CJFL’s Langley Rams. The three-time Canada West All-Star notched 121 tackles (72 solo, 49 assisted), 14 sacks, three fumble recoveries, one forced fumble and two pass breakups with the Bisons.

Carson, a 6-2, 262-pound native of Calgary, Alberta, played four seasons at the University of Calgary. In 30 games with the Dinos, he registered 29 tackles and two sacks. He was selected by the Argonauts in the eighth round (63rd overall).

Woodson, a 6-0, 197-pound native of Calgary, Alberta, played four seasons at the University of Calgary where he registered 63 tackles (45 solo, 18 assisted), eight interceptions, two forced fumbles, two blocked kicks, and seven pass breakups with the Dinos. The two-time Canada West All-Star and USports All-Canadian posted 16 tackles (12 solo, 8 assisted), one interception, one forced fumble and one blocked kick with the Dinos in 2016. He was crowned the Canada West’s Defensive Player of the Year after recording a career-high and topping the conference with five interceptions in 2015. He was selected 27th overall in this year’s draft.

Herdman, a 6-1, 235-pound, native of Winnipeg, Manitoba, was selected in the seventh round (54th overall). He finished his collegiate career with 220 tackles (125 solo, 95 assisted), 33 tackles for a loss, six sacks, three quarterback hurries, two interceptions, five forced fumbles, six fumble recoveries, one of which was returned for a touchdown, and 12 pass breakups at Simon Fraser. The three-time GNAC Football All-Academic Team selection had 73 tackles (43 solo, 30 assisted), nine tackles for a loss, two fumble recoveries, one interception, one forced fumble, two fumble recoveries and three pass breakups as a senior with the Clan in 2016.

Onyeka, selected in the fifth round with Toronto’s 37th overall selection, had 185 tackles (125 solo, 60 solo), 7.5 sacks, 23.5 tackles for a loss, five forced fumbles, three fumble recoveries and two pass breakups with the Golden Hawks. The 6-0, 210-pound, native of Brampton, Ontario led the OUA and ranked second in USports with 51 solo stops while notching 17 assisted tackles, 15 tackles for a loss, 5.5 sacks, one forced fumble, one fumble recovery and two pass breakups en route to being named a first-team OUA All-Star and USports All-Canadian in 2016. The 2016 OUA Defensive Player of the Year played an integral role in the Golden Hawks 2016 Yates Cup run.

Wynn, a 6-2, 283-pound, native of Concord, California, recently spent time with the NFL’s Cleveland Browns over the last two seasons. In four seasons at Oregon State, he totaled 214 career tackles, 7.5 sacks, eight fumble recoveries, three forced fumbles and one interception with the Beavers.

All seven players were present for the Argonauts first day of rookie camp earlier today.