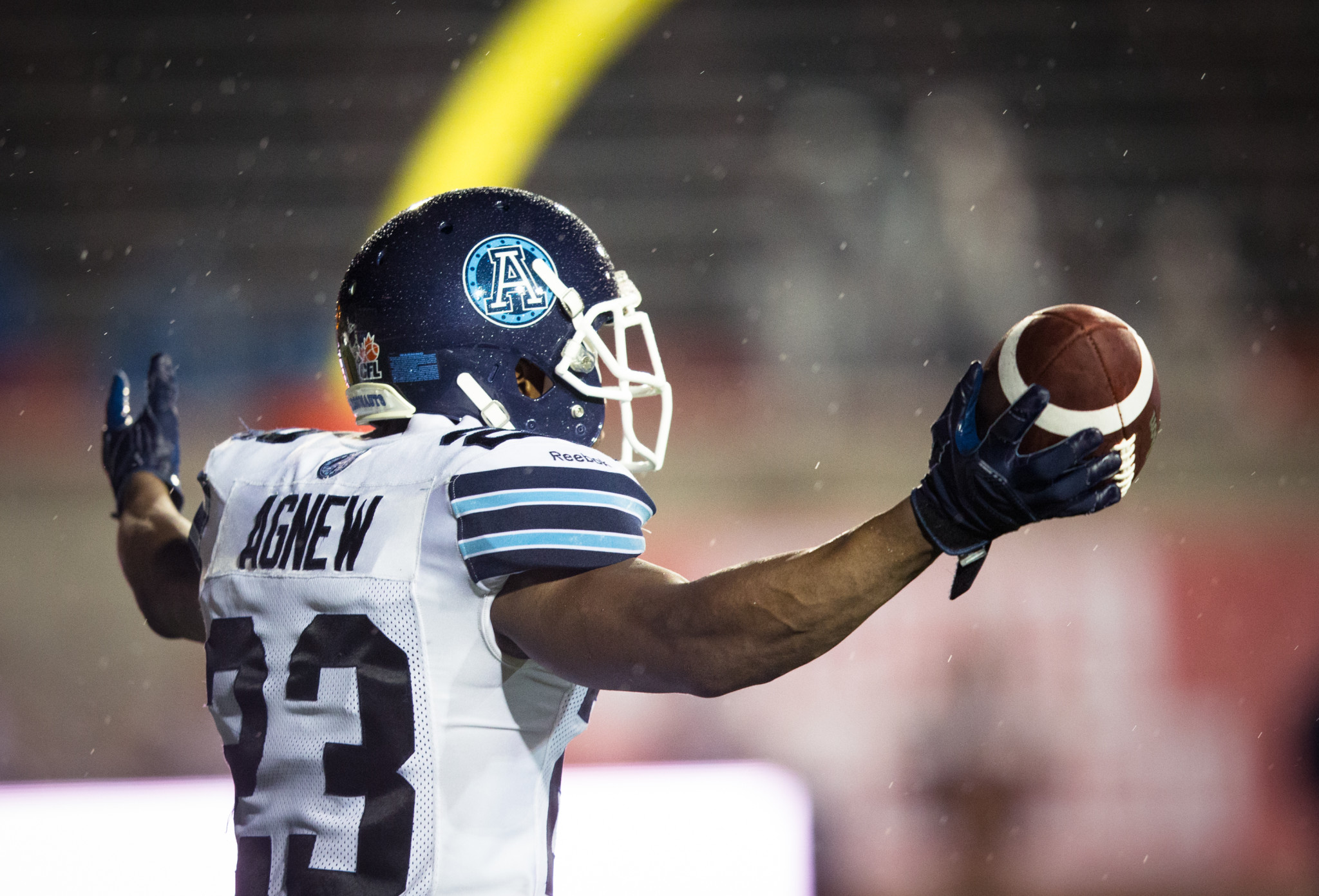 Another week, another change in the Argos secondary due to injury. In week three it was safety Matt Black who went down, just a week after the Argos lost their other safety Jermaine Gabriel and halfback Brandon Underwood in the same game.

The man tapped to replace Black at safety this week, second-year Argo Vince Agnew, was also the replacement for Underwood after his injury. Agnew played in 16 games with the Argos in 2014 as a rookie in multiple positions on the field, recording 45 combined tackles and four sacks as a Swiss Army knife in Toronto’s secondary.

“I think that’s probably one of my best qualities, my versatility” said Agnew. “I’ve embraced my role, like last year, being a guy that you can put anywhere on the field, whether it’s corner, halfback, safety. I enjoy being a guy they can trust in multiple spots.”

Agnew’s second CFL season came with an overhaul of the defensive system and coaching staff, with a new defensive coordinator as well as two new coaches in the secondary. For Agnew however, the comfortability factor heading into his second season in Double Blue far outweighed any challenges in adjusting to new schemes or systems.

“As far as the system goes…there are a lot of similarities” he said. “They took out a lot of the grey areas, making it so that we can be more aggressive. As far as the transition from year one to year two, the play recognition is a lot better, I’m not seeing things for the first time anymore. I’m seeing things I recognize and I’m remembering formations, play sets, adjustments, and I’m reacting faster.”

Agnew will get his first start of the 2015 season on Friday at safety, and after a rookie season that saw him make 10 starts, it’s an opportunity he won’t be taking for granted.

“You always want to be the guy that never comes off the field, so [going from a starter to a backup] you’ll always have that chip on your shoulder” said Agnew. “I think that everyone that comes to the CFL has a natural chip on their shoulder, they want to be the guy that comes in and proves he should never be off the football field, so it’s definitely a motivating factor.”

With Black and Gabriel still not practicing, there’s a possibility that Agnew’s stint at safety could be extended beyond just week five. It’s a key position not only in the secondary but for the defence as a whole, and it’s a position Agnew looks forward to playing.