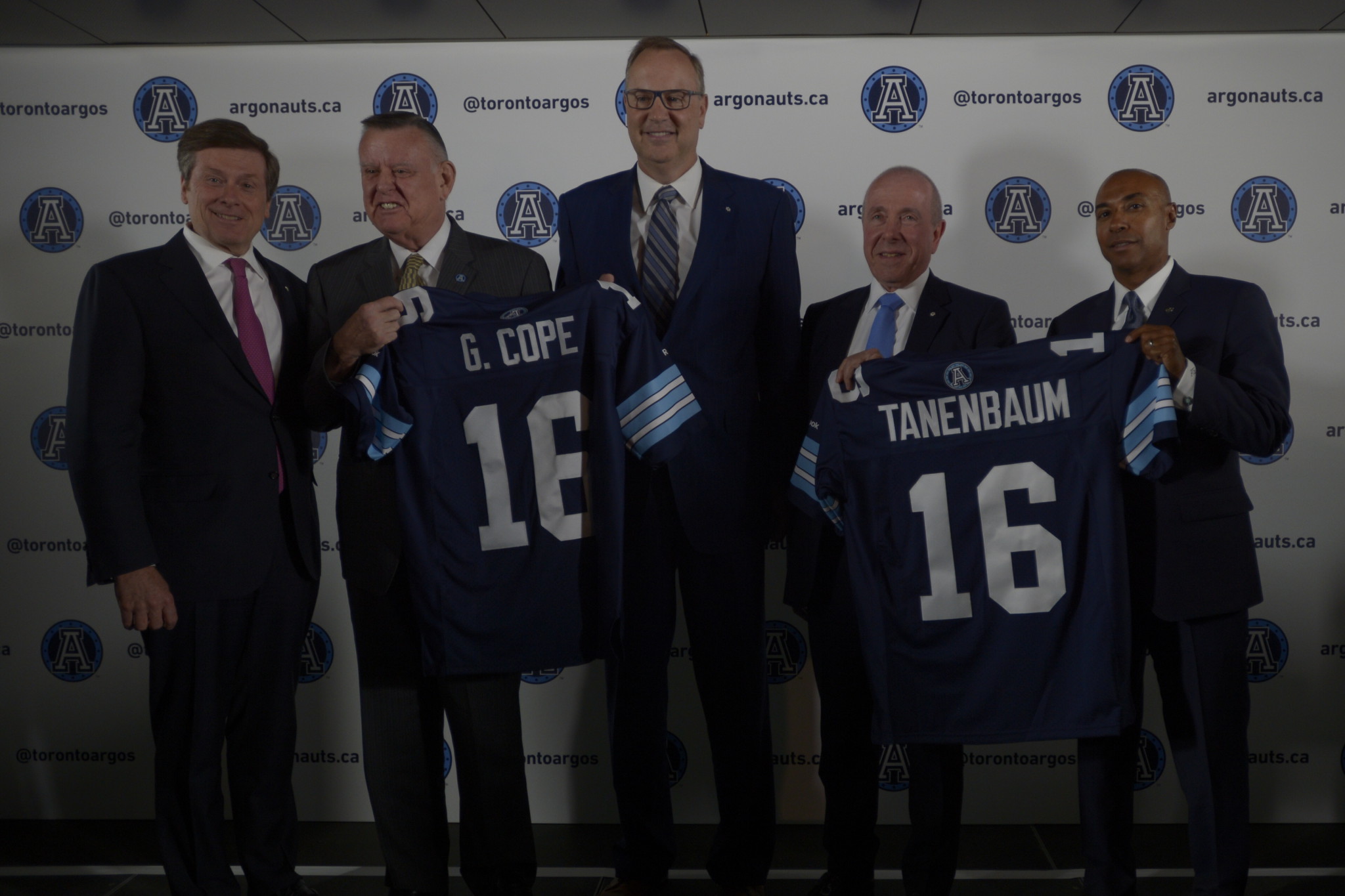 TORONTO, May 20, 2015 – Bell Canada and Larry Tanenbaum’s Kilmer Group today announced their agreement to jointly acquire the Toronto Argonauts Football Club of the Canadian Football League (CFL) from sports entrepreneur David Braley. Financial terms of the transaction, expected to close on December 31, 2015, were not disclosed.

“The Argos are an important team for this great city and a crucial component in the ongoing success of the Canadian Football League. We’re delighted to invest in the most successful Canadian pro football team of all time, and look forward to seeing the Boatmen play at beautiful BMO Field next year,” said Larry Tanenbaum, Chair of Toronto-based investment company Kilmer Van Nostrand Co. Limited and Chair of Maple Leaf Sports and Entertainment (MLSE).

“Bell is proud to welcome the storied Argonauts club to our team. The Argos and the entire CFL are key to Bell Media’s unbeatable array of sports content available to fans across broadband mobile, TV and Internet platforms,” said George Cope, President and CEO of Bell Canada and BCE Inc. “Bell has made the industry-leading network and content investments required to deliver the best sports action across every screen consumers may choose. We look forward to cheering on the Double Blue as the 2015 CFL season begins next month on TSN and RDS.”

“The Argos could not have found better new owners than Larry Tanenbaum and Bell, who are dedicated to bringing the best of sports to Canadian fans everywhere in innovative ways. We welcome them as an important new part of Canada’s national football game,” said David Braley, the renowned sports entrepreneur and retired Senator who has owned the Argos since February 2010. Mr. Braley is also owner of the CFL’s BC Lions franchise. “I look forward to a great 2015 CFL season with the Argos, and to formally welcoming Bell and Larry Tanenbaum to the League when they assume ownership at the end of the year.”

“This is wonderful news for the city of Toronto and one of our most venerable franchises, and with the Toronto Argonauts moving to a renovated BMO Field in 2016, it is the start of a bold new era for our league in Canada’s biggest market,” said Jeffrey L Orridge, Commissioner of the Canadian Football League. “On behalf of our Board of Governors, I want to welcome Bell Canada and the Kilmer Group, thank David Braley for his lifelong devotion to our league, and recognize CFL Chairman Jim Lawson, who has worked tirelessly and passionately behind the scenes to help make this historic day possible.”

“I am excited that the Double Blue will be making their return to The Exhibition grounds in a state-of-the-art facility,” said Mayor of Toronto and former CFL Commissioner John Tory. “The Argonauts’ move to BMO Field will ensure Canada’s oldest and most celebrated football franchise continues to succeed.”