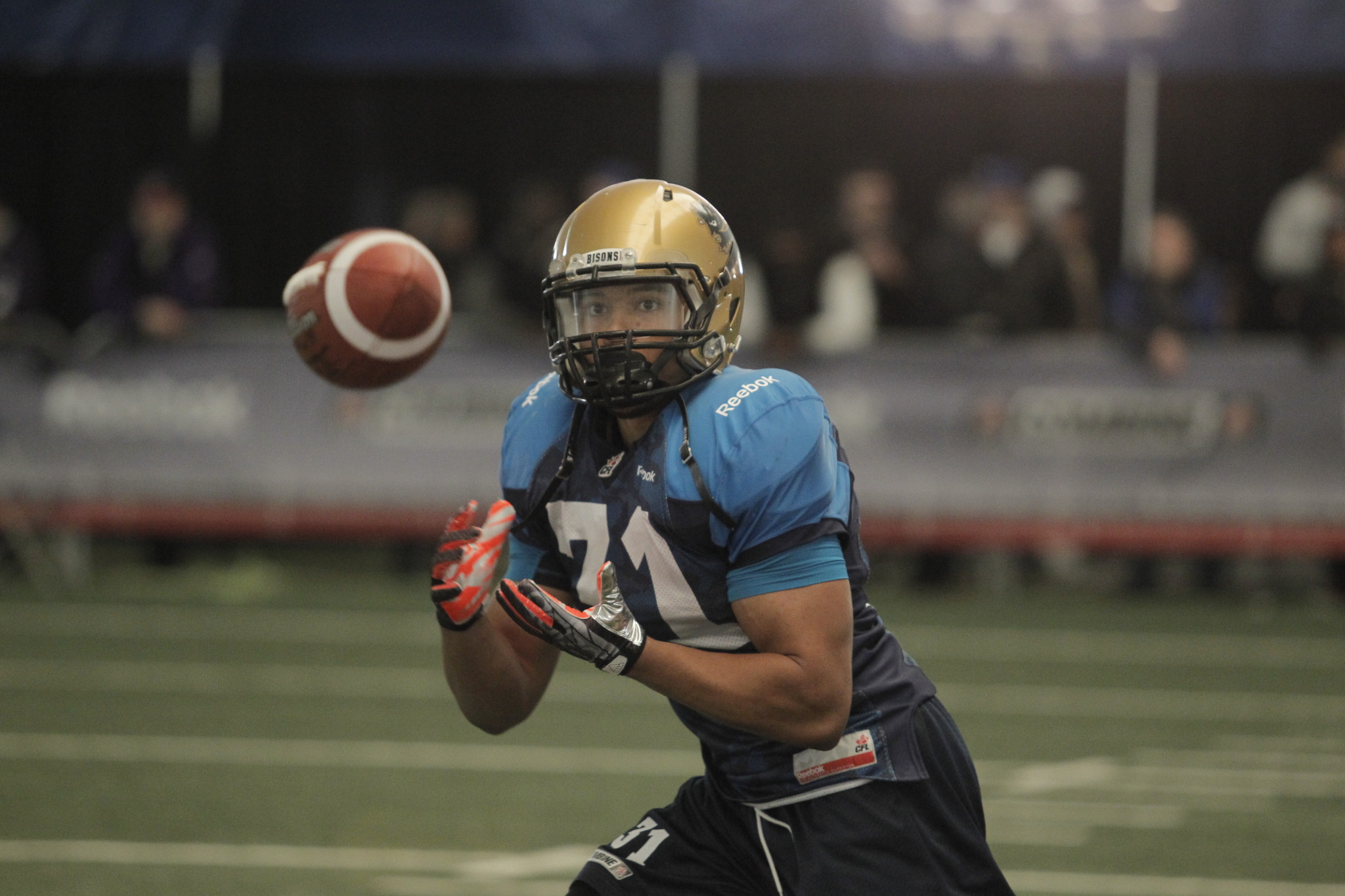 TORONTO – The Toronto Argonauts Football Club announced that it has acquired the third pick overall, which was used to select University of Manitoba RB Anthony Coombs, along with a 3rd round pick (21st overall) and the rights to a negotiation list player, in the 2014 CFL Canadian Draft from the Edmonton Eskimos in exchange for their 1st round (6th overall) and 2nd round (15th overall) selections, import OL Tony Washington, import DB Otha Foster as well as the rights to a negotiation list player.

Commented Toronto Argonauts General Manager, Jim Barker, “It was important for us to make this trade and move up in the draft to get the guy we

wanted. We needed to be proactive and go after him. Anthony Coombs has great quickness, catches the ball well, and we believe he will fit very well into what we do on the field. We’re looking forward to seeing him in training camp.”

Commented the newest Argonaut Coombs, “It’s been a month of waiting with a lot of uncertainty, and to be picked in the top 3 of the CFL Canadian Draft by a great organization and a great city is very humbling. I am so excited to get to training camp. I’ve kept in great shape since the CFL Combine and I am looking forward to competing.”